Home » Active Travel » Canadian holidays: Quebec genie is out of the bottle 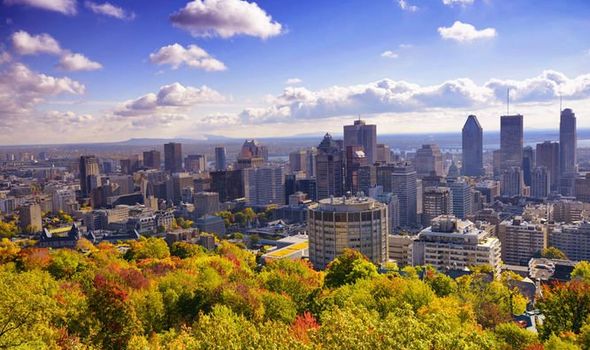 However, the short snappy movement shown by Edith, sword-wielding bottle-opening expert and host of my tour and tasting, described what I needed to do. So, one, two, three, four, five and… success. One cork sent flying, sliced from the end of a lovely bottle of sparkling wine with barely a sip wasted. I was thus inducted into L’Orpailleur winery’s L’ordre des Maitres Sabreurs (The Order of Master Sabreurs).

I have to admit a winery was something I hadn’t expected to find around an hour’s drive from the city of Montreal, in Canada’s French-speaking Quebec province.

After all, this is a part of a vast country that spends months blanketed in snow with temperatures as low as -30°C.

But at L’Orpailleur winery they have used the hard winters to their advantage to produce their signature product, Vin de Glace (Ice Wine).

The grapes are picked at the end of the season and placed in nets which hang above the vines to freeze in the coming winter. When temperatures reach -8°C-12°C the grapes are pressed to produce a beautifully sweet and smooth dessert wine.

Perfect, I was assured, with a slice of apple pie, though I was quite happy to just sit sipping a glass in the summer sunshine overlooking the vineyard. 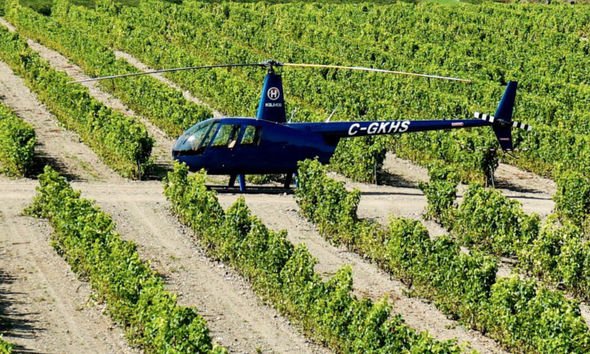 The ingenuity and creativity of L’Orpailleur’s grape growers and the region of Quebec as a whole is something that I admired on my trip to Montreal and the towns and countryside of southern Quebec.

Even checking into my hotel in downtown Montreal, The Monville, was a first for me as I used a computer in the lobby to get my room card. Then I was followed into the lift up to my room on the 19th floor by a robot delivering room service, ordered by a guest using the TV in their room (I checked this out later in stay).

The hotel’s vast double high atrium hints at industrial in the metal column supports, but the look is softened by light wood panelling and sleek soft furnishings which add a Scandinavian feel.

I managed to drag myself away from the large comfy kingsize bed to explore Montreal, a city on an island in the St Lawrence River, with Mount Royal and its Plateau neighbourhood first on the list.

It’s a trendy area north of Downtown where amazing street art mixes with chic boutiques and eateries. But old local deli haunts such as St Viateur and Schwartz still have queues round the block.

I grabbed a ‘world famous’ Schwatz pastrami sandwich. Fresh soft white bread just about contained a Mount Royal of succulent beef brisket, which had been smoked and dry cured for 10 days, topped off with a generous dollop of mustard. I took it with me up to the summit to savour with a view.

The main track up the mountain is easy, but I chose to explore the forest tracks that wind up, down and round the mountain (don’t ever call it a hill!).

They were a shady respite from the sun and fun to wander aimlessly until I reached the Kondiaronk viewpoint (French explorer Jacques Cartier gave Mont Royal its name 1535 and it evolved to Montreal).

It was a beautiful, clear day and vista stretched across downtown, on past the port and over the St Lawrence to fields and hills on the hazy horizon. That pastrami sandwich lived up to the hype too.

You can’t come to Montreal in summer and miss out on a festival – I could have dipped my toe in to at least six during my stay.

On St Denis Street there was the Montreal Complement Cirque (circus festival), where performers were swinging from trapeze rings on overhead beams, seeming to magically float from one synchronised move into another with crowds gasping and cheering from below.

Those crowds move from performance to performance along the street, assisted by a cold beer and with street musicians creating a melodious backdrop.

Dinner beckoned and just a short hop from St Denis Street is Moleskine, a trendy restaurant where the pizzas are the stars of the show.

I opted for a salad of fresh locally grown tomatoes and burrata cheese followed by a delicious Pizza Verdura, topped with pesto, courgettes, artichokes and fior de latte – a soft mozzarella cheese.

Feeling happily full I followed the crowds of locals and tourists to bop along to the Quartier Des Spectacles (entertainment district) and the Jazz Festival, which has attracted stars such as Morcheeba and Norah Jones.

My aching feet were thankful that it was only a short walk back to my hotel at the end of the evening.

Next morning I set out to discover some of the city’s past, heading to its historic heart at the Old Port and the Pointe-à-Callière Museum (archeology and history) where you can quite literally walk through yesterdays. 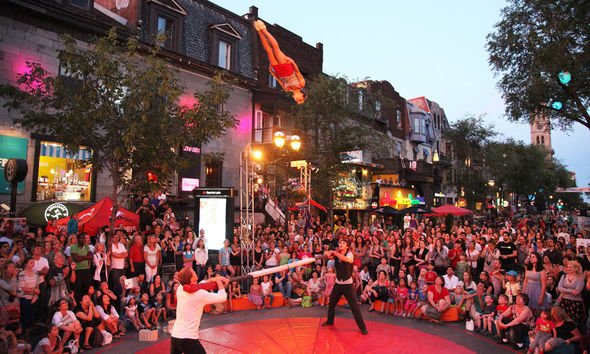 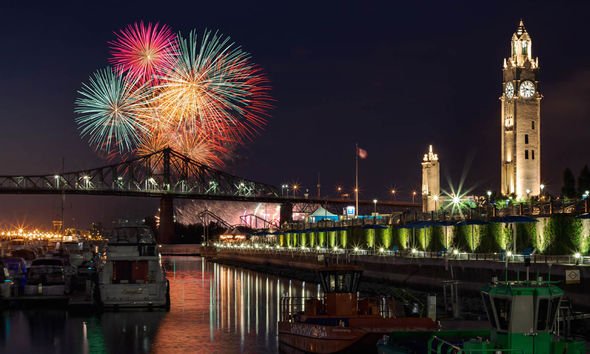 Deep under street level my journey started with exploring the foundations of the Royal Insurance Building, built in the 1800s, under part of which the remains of first Catholic cemetery were found.

The highlight of my visit, however, was walking on a glass floor over the site of Fort Ville-Marie which was only discovered in 2014 and built on the spot where Montreal was officially founded in 1642.

Emerging back into the daylight of the present day, it was time to leave the city and head across the St Lawrence to the green fields and hills of Quebec Sud, which are ideal for vineyards such as L’Orpailleur in Dunham and farming.

For my sojourn away from the city I based myself at Espace 4 Saisons, just on the outskirts of Mt Orford National Park.

The chalet style hotel not far from the Le Cerisier visitor centre where I was to start my rabaska trip on Etang Aux Cerises, a lake in the park.

A rabaska is a large canoe traditionally used by the local Algonquin tribes and is a great way to explore on the water, which was disturbed only by our oars and bugs whizzing about. 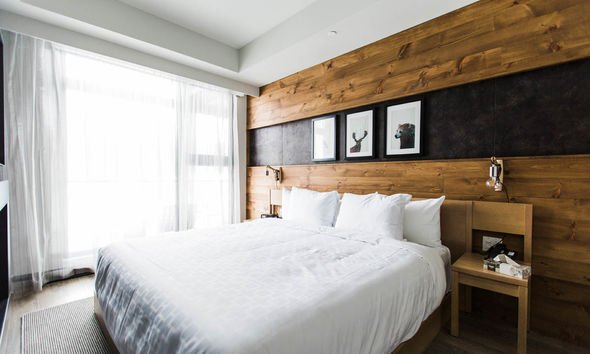 With skiing, golf, fat biking, mountain biking and many trails to explore too, it wasn’t difficult to see why this place is a favourite weekend trip for Montrealers.

Down the road in Coaticook the outdoor adventures continued. Come nightfall in summer the Gorge du Coaticook becomes an enchanted forest where fairies followed me along the magical 2.5km woodland trail of the Foresta Lumina.

Mythical creatures and stories come to life in this immersive experience using sound and light projections to make it feel like the trees are coming alive.

That magical feeling was kept alive on my last day with a hot air balloon ride over the fields of the Monteregie region.

I was ticking off a massive bucket list item and, floating high above the ground watching a vivid summer sun go down, the Montreal skyline was silhouetted against a orange glow.

Not a bad way to end my trip to Montreal and Quebec Sud.

Leaving Montreal I spotted the words ‘LOVE ME’ painted on a roof. Well, Quebec, I think I just might.

Countries Australia could open up to first