Home » Active Travel » Holidays 2019: A light fantastic trip of a lifetime in Singapore 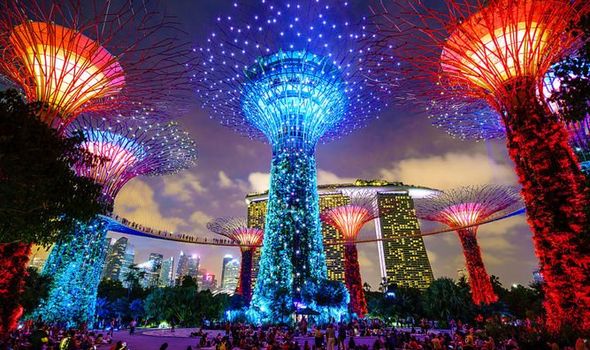 From my vantage point on the aerial walkway suspended between two “Supertrees”, which stretch to 72ft, I’ve got a perfect view of lasers and fireworks from the iconic Marina Bay Sands resort. Gardens by the Bay, arguably Singapore’s futuristic, most talked about and certainly most Instagram-friendly attraction, is strangely characteristic of this tiny island country in Southeast Asia a gleaming glass and neon metropolis set amongst lush flora and fauna. Not for nothing is Singapore nicknamed The Garden City, which I reached via a direct flight from London Heathrow on Singapore Airlines.

It’s early morning and I travel to the centre and my hotel, the Furama RiverFront, on Singapore’s efficient subway system, the MRT (Mass Rapid Transport). Top-notch amenities at the RiverFront include a gym, outdoor swimming pool, jacuzzi and sun deck.

I’m still in time for breakfast, which is somewhat more glamorous that a typical hotel continental. This one included delicacies such as lotus paste buns, sambar curry and fried fish.

Suitably fuelled for exploring and armed with my Singapore Explorer Pass, which allows you to use a SIA Hop-on bus and one-time free access to more than 20 big ticket attractions, I head out to explore the ‘high’ points of the city.

Right at the top of that list must be the Gardens by the Bay, which also features the jaw-dropping Cloud Forest conservatory, home to a 114ft indoor waterfall surrounded by tropical vegetation. 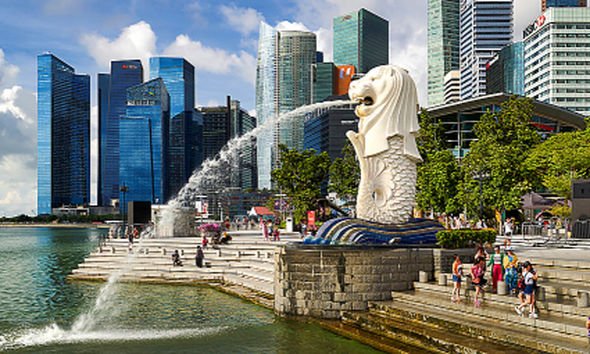 For more sensational views SkyPark, perched on the 57th level of Marina Bay Sands is worth a visit to get the lay of the land of the city.

Singapore also has it’s own ‘Eye’ which is the world’s tallest observation wheel at 541ft.

Back at sea level I enjoy a river cruise on an eco-friendly electric boat, departing from Clarke Quay and taking in waterside landmarks such as the landing site of Sir Thomas Raffles, the famous British statesman who founded modern Singapore and has a rather famous hotel named after him.

Its long-awaited reopening following a massive refurbishment is imminent.

The vessel also glides by the statue of the Merlion, a mythical creature with a big cat’s head and a fish’s body, which represents Singapore’s humble origins as a swampy fishing village.

This is a city where both cutting edge and age-old culture go hand-in-hand. This is evident when I take a three hour night city tour on an open-top HiPPO bus.

We take in the newly minted malls of Orchard Road and on to districts steeped in the traditions of yesteryear, such as Chinatown.

In this colourful neighbourhood of temples, pastel shophouses and markets you can relive the hustle and bustle of 1960s life.

Take advantage of the tour’s £2.90 food voucher at Chinatown Food Street’s 23 hawker stalls, where you can sample local favourites such as fish head curry, chilli crab or laksa (noodle served with eggs, shrimp and fried tofu).

Kids will love Singapore Zoo and – if they can stay awake long enough – the Night Safari, which is home to 130 nocturnal species which roam in their own recreated native habitats.

Worth a day trip in itself is Sentosa Island, especially if you take the scenic cable car, shuttling 200ft above the water, en-route to family friendly fun at Universal Studios, UnderwaterWorld and Resorts World Sentosa. 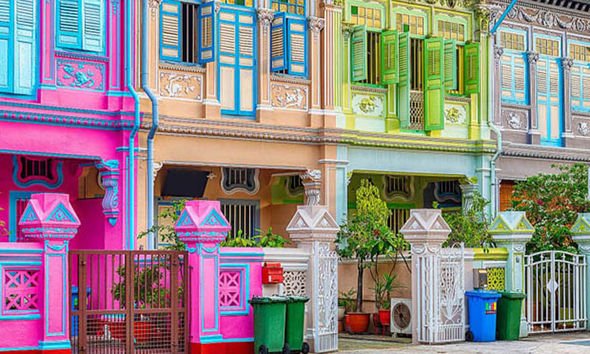 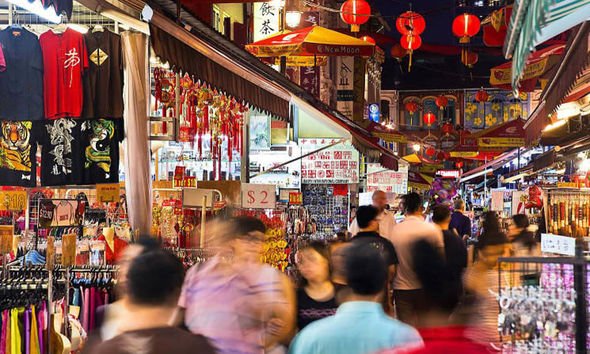 There are also some beautiful beaches on the island, should all that rollercoaster action prove too much and you need to have a quick nap in the sun.

After my whistle-stop three day tour of Singapore, I’m hugely impressed by this hip and happening, 21st century, multicultural conurbation. It is also true about the fact that it’s spotlessly clean too.

Riding the crest of a wave of an epic renaissance, The Lion City is totally roarsome.

Singapore Airlines (singaporeair.com) return flights from Heathrow from £530, or from Manchester from £615. Singapore Stopover Fares offers Furama RiverFront from £53pp per night.

Travel aboard the best trains: Rock to the rhythm of rail’s classic tracks

How to earn Velocity points amid Virgin woes

The 1950s bomber that's been converted into a boutique Airbnb lodge

How I Travel: Never Have I Ever Star Darren Barnet on the Bargain Cruise He Took in College

Government announces list of 59 countries you can now travel to
We and our partners use cookies on this site to improve our service, perform analytics, personalize advertising, measure advertising performance, and remember website preferences.Ok