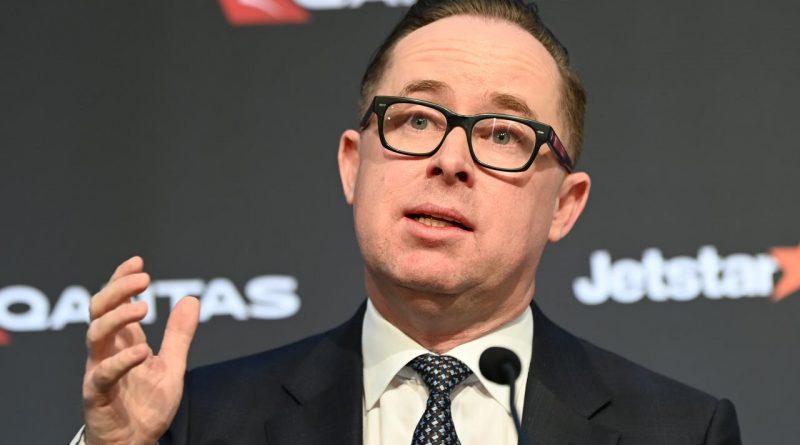 Qantas Group CEO Alan Joyce has hinted at Australia’s future travel bubble rollout, saying that behind New Zealand and the Pacific Islands – the US and the UK could be soon to follow.

Speaking at the Future of Travel Forum hosted by News Corp in Sydney on Monday, Mr Joyce said the vaccine was the key to resuming international travel by the end of the year – and still remains committed to making that happen by December.

“We know the path to get international open is really the vaccine,” he said.

“It’s our passport to get inter­national travel going again. At times it feels like two steps forward, one step back.”

Mr Joyce said overall the cost to the airline “has been $16 billion in revenue” but hoped certain incentives would encourage more Australians to get the jab and push the country to reopen again.

Speaking to Channel 9’s Today show ahead of the travel event, Mr Joyce said more companies need to come forward with incentives to get the vaccine rollout moving.

“We are looking at giving 1000 points flight vouchers, credits and we are going to offer ten mega prizes, at least one for each state and territory, where a family-of-four get unlimited travel on the Qantas and Jetstar network, anywhere in the network for a year,” Mr Joyce said.

“We are trying our best to help with this rollout – it will be retrospective and will include anyone who has already been vaccinated and will apply to anybody that is vaccinated until the end of 2021,” he said.

Qantas CEO Alan Joyce hinted the US and UK could be next in the travel bubble rollout. Picture: Jeremy Piper/NCA NewsWireSource:News Corp Australia

While the Pacific Islands are being tipped as the next phase in Australia’s travel bubble, Mr Joyce said a surprise contender could be on the list sooner than expected.

“A few months ago, I thought maybe Singapore, Taiwan and Japan would be first cabs off the list but with the great progress that’s been made in the US and the UK, you may see those markets opening up before the rest because the vaccine rollout has been so successful in both countries,” he added during his interview on the Today show.

“We’re still talking to the government about it, we’re still planning to be ready (to fly long-haul international) at the end of this calendar year.”

Trade and Tourism Minister Dan Tehan said that while federal and New Zealand governments were deliberating expanding quarantine-free travel to include a number of Pacific destinations, it came down to vaccinating the majority of the population to allow more borders to open.

“Obviously we are going to have to monitor what is occurring in our region and to see if there are future opportunities,” he said as a guest speaker at the travel event.

Mr Tehan said in the meantime, Australians needed to spend big in order to boost the domestic tourism market, which has been hammered by the lockout of international visitors.

“Take that holiday and spend big,” he said.

“You are not spending big overseas so spend big here.”

Mr Tehan said any incentive to get people vaccinated, such as the Qantas Group’s commitment to incentivise Australians to get the jab with points and free flights, would be welcomed by the federal government.

Some of the wildest British Airways flight attendant uniforms