Home » Active Travel » Tokyo 2020 Olympics: Try your hand at some of Team GB’s most successful activities 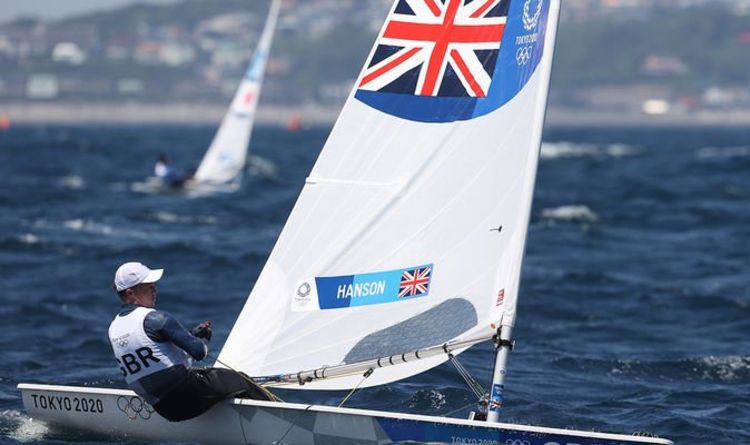 Many of us will be inspired by the competition and might even fancy a crack at trying some of our favourite and most successful sports. Here’s our selection of just some you can try at home. Let the Games begin.

From butterfly to breastroke; medley to freestyle, swimming is one of the most popular and nail-biting events in the Olympics. While we mere mortals, may not have the speed of the Olympians, there’s been a surge in open-water swimming in lockdown.

If you fancy spending a few days away with fellow water babies, Swimtrek offer a huge array of swims across the British Isles such as a two-day swim along the River Thames through the Cotswolds starting in Buscot and ending in Tadpole Bridge in August from £125pp. swimtrek.com

Rowing has been an Olympic sport since 1896. Interestingly, what seems so outdated now is that it was a male only sport until 1976. Britain has always excelled at it – to the point of awarding knighthoods to gold medalists Sir Steve Redgrave and Sir Matthew Pinset.

If you fancy giving it a go, Rowing Adventures will ease you in gently. They’re based at the yachting mecca of Lymington in Hampshire and have courses for the novice (four sessions) to heading out in open water in an single scull. One hour lessons from £30. rowingadventures.co.uk

Athletics is a favourite and a highlight of the Olympics, culminating with the Men’s Marathon on the closing day.

If you’re inspired by these extraordianary elite athletes, but don’t want to try 26.2 miles just yet, there are a vast number of distances and fun events to tempt you to lace up your trainers and head out.

Many of us love celebrating a run with a tipple afterwards, but Trails and Vines take things that little bit further by offering holidays in wine regions. Two nights, in September at Kent winery including daily runs through vineyards, some stretching and of course, plenty of wine tasting, from £350pp. trailsandvines.co.uk

Follow in the footsteps of the Princess Royal and Zara Philips, who won a silver medal at the 2012 Olypmics in London.

If you fancy a break on horseback, Equestrian Escapes organise riding breaks in the loveliest areas of Britain. There’s a three-day adventure in Cheshire, close to the Delamere Forest where you’ll stay in a luxury log cabin (sleeps six).

This will allow you plenty of time to master skills on a cross country ride. You can choose from basic learn-to-ride lessons to dressage.

A dizzying array of disciplines on two wheels – from team sprint to the Keirin, Ominium and road race – there are now 22 different cycling events on the 2020 Olympics schedule.

It’s not every day however, that you get the chance to learn from an Olympian. If you’re lucky enough to snap up a place with luxury tour operator LeBlanq, you’ll get to cycle with the most decorated Olympian (eight medals) Sir Bradley Wiggins. It’s pricey, at £2,045, all inclusive, for three nights but imagine the bragging rights!

The weekend (17-19 Sept) will involve joy rides at varying levels, five course dinners and a seven course Tour de Feast on the second night with the hosts, alongside supporting team riders such as Adam Blythe. Accommodation is at The Royal Hotel Ventnor. leblanq.com

Alternatively, Northumberland is a hidden gem with fabulous scenery on tap for cyclists. It’s home to gentle hills and meandering rivers, so try a self-guided three-day leisurely ride along the coast past castles and fortresses.

You’ll begin in Warkworth before heading to the beaches of Embleton and Bamburgh before crossing to Lindisfarne and finishing in Berwick-upon-Tweed. Accommodation is B&B with some meals, route notes and luggage transfer service.

Watch the Olympics in style

Get ready to watch Great Britain give it their all in the Tokyo Olympics by wearing some official Team Great Britain kit from Adidas.

The text from my bank I should have replied to sooner