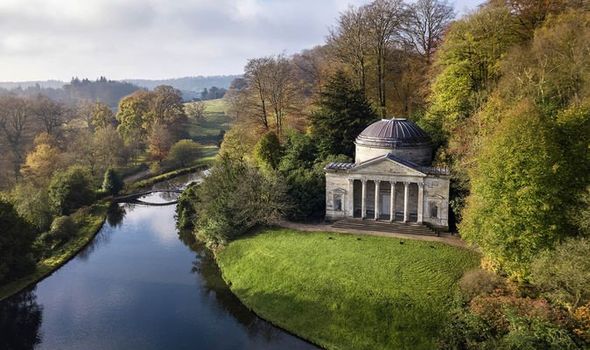 It all began in 1895 when the National Trust snapped up the “tiny but beautiful” Alfriston Clergy House in Sussex for a tenner and saved its first property from demolition. Tomorrow marks the 125th anniversary of the conservation charity, which steadfastly continues its mission to protect the nation’s heritage. Here’s our pick from more than 500 historic houses, castles and gardens currently in its wonderful care.

Completed in 1725, Stourhead House was one of the first villas in England to be built in the Palladian style and home to an outstanding art collection and Regency library. But the big draw for visitors are the world-famous gardens surrounding the mansion – arguably one of the most photographed in the country.

When they were first opened in the 1750s, such was their breathtaking beauty that they were described as “a living work of art”. The pièce de résistance, a magnificent man-made lake, perfectly mirrors the marvellous landscape of trees and greenery, putting on a spectacular glorious show of colour in the autumn.

And take one of the walking trails to discover classical temples, grottos, a five-arched Palladian bridge and the Pantheon which was modelled on Rome’s Pantheon. 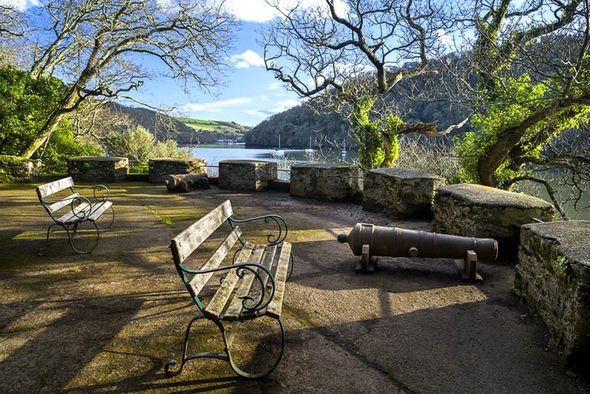 Overlooking the River Dart, this Georgian mansion and its 30-acre estate of formal gardens and woodland was a much-loved holiday home for Agatha Christie and her family. Each room is filled with books, ceramics, silverware and textiles, with some items brought over from Ashfield, the house in Torquay where Agatha was born and spent her childhood.

Not only was Greenway ‘the loveliest place in the world” to the Queen of Crime, it also provided the setting for three of her novels, notably Dead Man’s Folly. In ITV’s 2013 adaptation, David Suchet’s last scene in the role of the Belgian detective, Hercule Poirot was filmed walking out of the front doors of Greenway along the garden path towards the boathouse. 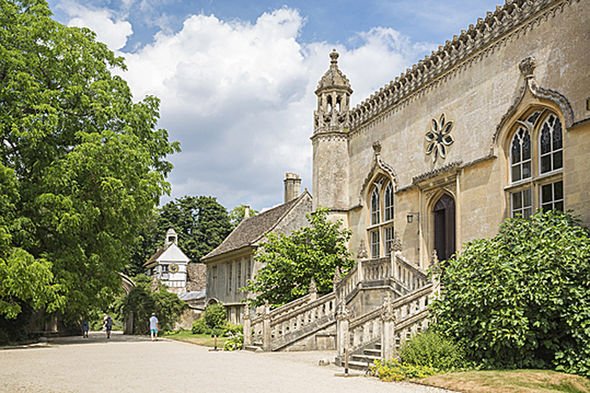 The cloisters of the 13th-century abbey and the quintessential English village of Lacock, where little has changed in more than 200 years, have had many a starring role on both the big and small screen.

Most famously they featured in BBC’s Pride And Prejudice and more recently in the Wolf Hall TV series as well as in two of the Harry Potter movies. Aptly, the abbey is also home to The Fox Talbot Museum dedicated to the pioneer of photography, William Henry Fox Talbot. His snap of one of the abbey windows at his home in 1835 is the world’s earliest surviving photographic negative, arguably making him responsible for today’s selfie phenomenon.

The formal rose garden was created by Talbot’s mother Lady Elizabeth together with the gothic summerhouse and in 1944 his granddaughter, Matilda, gifted the abbey to the Trust. 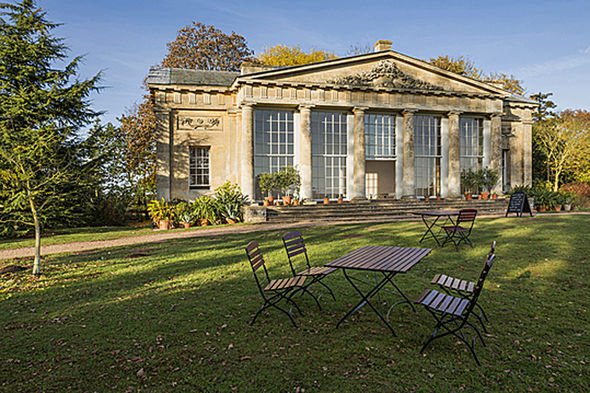 Since the 16th century the mansion house and its acres of parkland had been the home of the Coventry family. Keen for Croome to be at the cutting edge of taste and design, the 6th Earl enlisted the services of promising new craftspeople and artists to transform Croome Court into the fashionable Palladian style of the day.

In a canny move the earl also gave Capability Brown his first major commission – to create one of the grandest of English landscapes “out of a morass”.

So pleased was he with the resulting magnificent parkland and its temples and follies that some years later the earl erected a monument to his great gardener friend.

In 1801 Croome was ranked “second only to Kew” for its botanical diversity. Today, on lease to the Trust and carrying on the earl’s legacy of encouraging new talent, the mansion’s rooms are used to showcase temporary displays, exhibitions and installations. 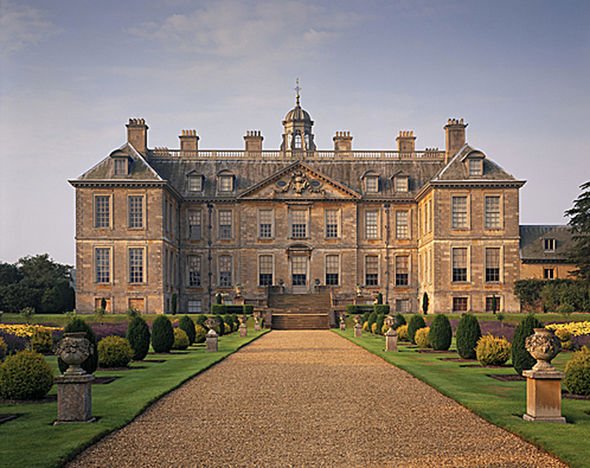 It may be cited as the perfect example of an English country house, but for children the big attraction has to be the delights of the award-winning outdoor adventure playground.

Set within the wilderness on the Belton estate, the county’s and the Trust’s largest outdoor play area, is activity central, guaranteed to keep all the family entertained, from rope swings, climbing nets and zip wires to tree houses and towers. The opulent 17th-century country mansion and its 1,300 acres of parkland with its resident herd of deer, was designed to impress – and it doesn’t disappoint.

Its stunning historic collections of silverware, oriental ceramics and world renowned library have proved such a huge draw that last year saw the introduction of timed entry to the mansion for the first time. 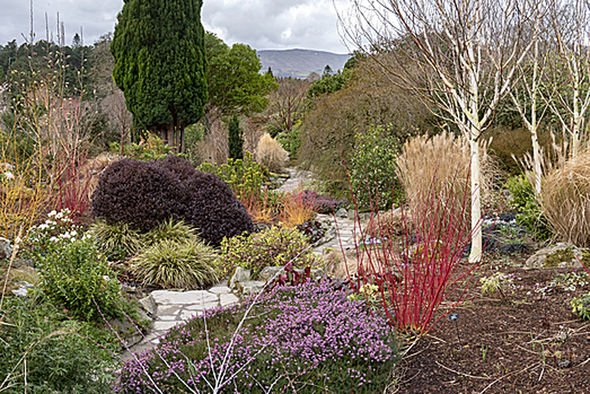 One of the first gardens to be given to the Trust under its Gardens Scheme, Bodnant (Welsh for “dwelling by a stream”) took root in the foothills of Snowdonia thanks to Henry Pochin in 1874. Pochin and his family set about filling the garden’s 80 acres with plants brought back from all over the globe by explorers, and nurtured them into a glittering horticultural star.

And this year Bodnant will be in the limelight hitting the big screen at Easter with the release of children’s classic The Secret Garden.

The world-class Grade I garden, a year-round spectacle with dramatic water gardens and wildflower meadows, is home to four national collections including magnolias, and rhododendrons, with some rhodos so rare that they cannot be found anywhere else in the world. 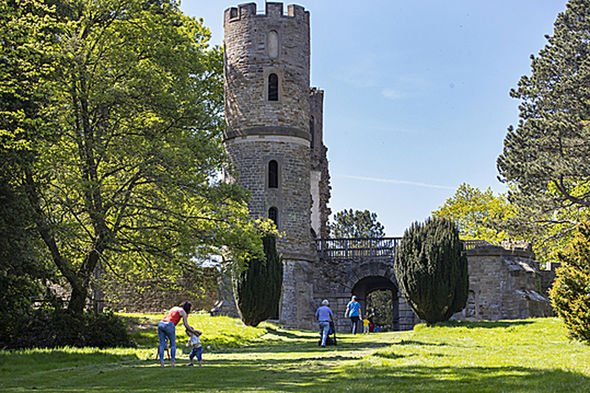 The most recent garden to come under the Trust’s care, re-opening to the public in June last year, owes its existence to a family squabble in 1708 when a disgruntled Thomas Wentworth, an ambassador of Queen Anne, supplanted from the illustrious Wentworth Woodhouse estate, moved eight miles down the road to outdo his cousin by creating Wentworth Castle Gardens.

Acclaimed as one of the UK’s greatest 18th-century landscapes, South Yorkshire’s only Grade I listed parkland and gardens features a grand Victorian conservatory, regarded as Barnsley’s very own Crystal Palace, along with one of England’s last surviving winter gardens and 26 listed buildings and monuments as well as three National Plant Collections. 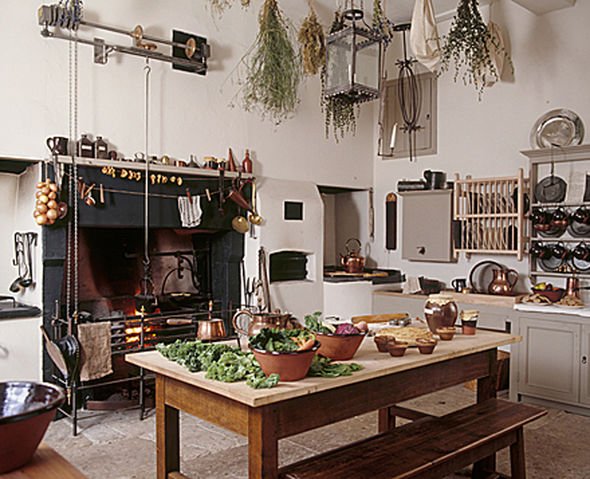 Marking the 250th anniversary in April of one of the world’s most celebrated poets, the Trust is busy sprucing up the Georgian townhouse in the market town of Cockermouth, where William was born and spent his childhood with his parents, brothers and sister Dorothy.

Now a museum dedicated to Wordsworth, it was only thanks to the efforts of the people of Cockermouth in 1937 that the family home was rescued from the threat of demolition to make way for a bus station.

Including contributions from all over the world, around £1,625 was raised to buy the house and then presented to the Trust.

A programme of special events will be held during the year, including The Child Is Father Of The Man exhibition showing how William found “Perfect Contentment, Unity entire” in the Lake District’s spectacular landscape. 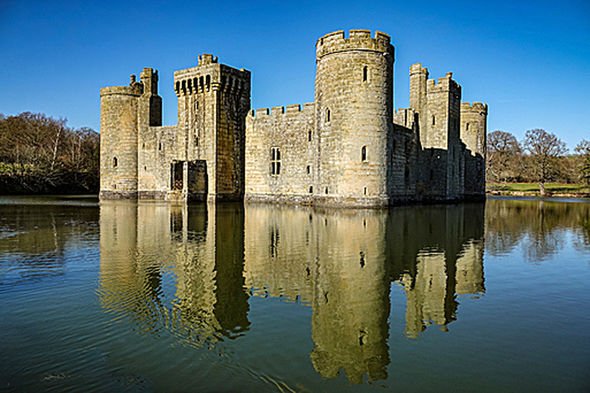 On the River Rother, near Robertsbridge, this classic medieval castle is one of Britain’s most striking monuments. Complete with tower, spiral staircases, moat and the original wooden portcullis (a rare example of its kind) in the gatehouse, it’s easy to imagine stepping back in time to the late 14th century when it was built.

And nature lovers can look out for Bodiam’s resident wildlife – in medieval times, carp, bred by monks, was a regular source of food. Bodiam Castle also looks after and protects one of the largest bat roosts in the south-east.There’s a chance to get a closer view of the nocturnal creatures on one of the springtime bat walks. 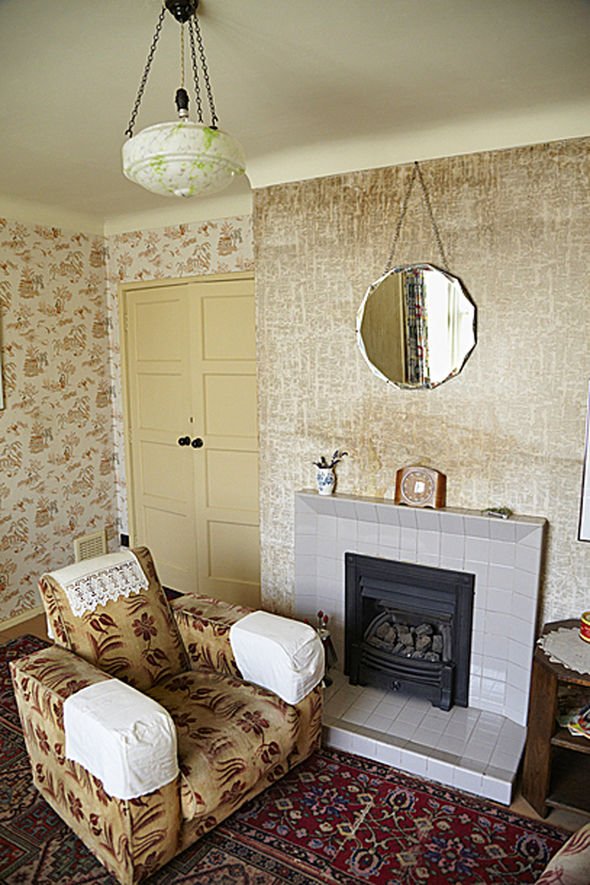 The National Trust’s purchase of Sir Paul McCartney’s childhood home 20 Forthlin Road in the 1990s followed by Yoko Ono’s 2002 donation to the Trust of Mendips at 251 Menlove Avenue, the home where John Lennon grew up, was music to the ears of avid Beatles fans. Visitors from all over the world can get a ticket to ride on a joint tour of the two homes in the suburbs and take a trip down memory lane.

It was in Paul’s family home, a modest two-storey mid-terrace that some of their first songs were penned including Love Me Do and I Saw Her Standing There.

And the semi-detached house where John lived with his Aunt Mimi, close to his childhood haunt Strawberry Field, was where Please Please Me, the Beatles’ first UK number one, was written. 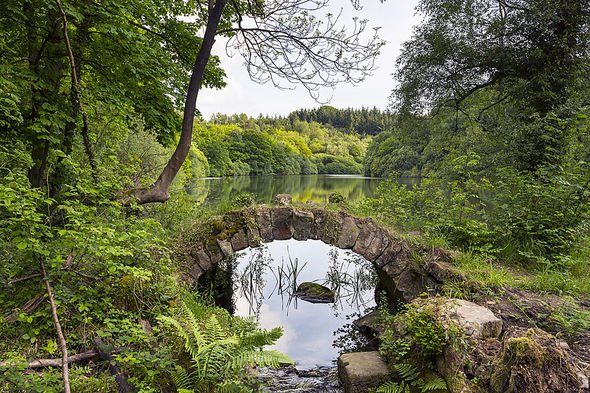 Once the home of medieval monks, the atmospheric abbey ruins are the largest monastic ruins in the country while the 12th-century Fountains Mill, built to grind grain for the monastery, is one of the Trust’s oldest buildings.

The exquisite 18th-century water garden, granted World Heritage Site status in 1986, was the brainchild of John Aislabie who inherited Studley Royal at the end of the 17th century.

Taking inspiration from French landscape gardeners, he transformed one of the River Skell’s wild and wooded valleys into the groundbreaking Georgian water gardens filled with statues, follies and ponds.

Son William completed the gardens with the acquisition of the abbey ruins and the creation of Anne Boleyn’s Seat.

Also known as The Surprise View – the amazing sight of the abbey ruins in the distance is unfailingly breathtaking.

The breach has resulted in a record-breaking fine