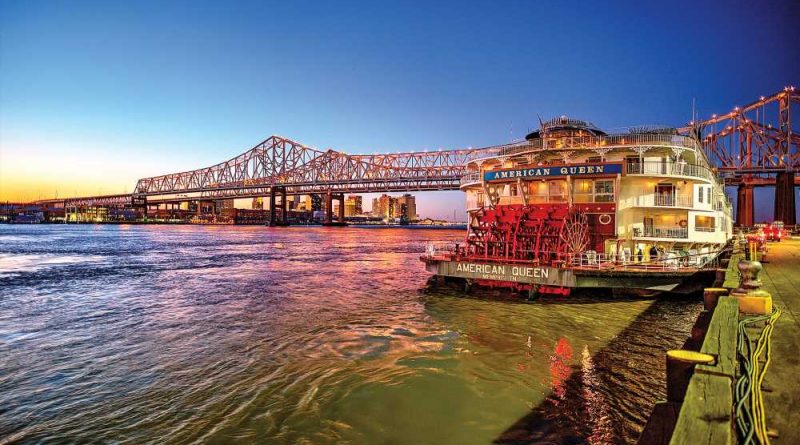 The week after Hurricane Ida made landfall in Louisiana as the fifth-strongest hurricane to hit the U.S. mainland, river cruise lines that make New Orleans a base of operations were making itinerary adjustments to keep ships sailing temporarily at points up the Mississippi River.

A spokesperson for American Queen Steamboat Company said Monday that the cruise line was assessing the impact of the hurricane on lower Mississippi River ports and that no vessels were in New Orleans or the region.

“All guests and crew are safe, with the American Queen currently in the northern Mississippi port of Tunica, American Duchess on the Ohio River and American Countess on the upper Mississippi River in Minnesota,” according to the spokesperson.

The American Queen was scheduled to begin a nine-day New Orleans and Memphis voyage on Sept. 6. However, the line amended the cruise to a roundtrip Memphis sailing, with calls in Vicksburg, Greenvile, Natchez and Terrene Landing, Miss., and Helena, Ark.

“Due to widespread power outages as a result of Hurricane Ida, we cannot travel to New Orleans safely at this time,” a statement from the company said.

American Queen Steamboat Co. said that no other sailings were impacted.

According to the U.S. Geological Survey, the high winds and storm surge from Ida actually stopped the flow of the Mississippi River near New Orleans on Sunday and caused it to briefly reverse — something its scientists consider extremely uncommon.

American Cruise Lines currently has four vessels operating on the Mississippi, with three unaffected itineraries sailing on the upper Mississippi and Ohio Rivers.

Alexa Paolella, public relations manager for American Cruise Lines, said that the company’s fourth Mississippi riverboat, the American Melody, was sailing along the lower section of the river last week but departed New Orleans well in advance of the storm and was able to adjust its sailing schedule to visit Vicksburg ahead of its normally scheduled stop there.

The line’s 22-day Complete Mississippi River Cruise aboard American Melody, set to depart on Sept. 3, will now sail from Natchez instead of New Orleans.

“American Cruise Lines extends our sincere sympathies to everyone affected by last week’s devastating storm,” Paolella said. “We are supporting our partners in New Orleans and working with them to ensure a speedy and safe return of tourism.”