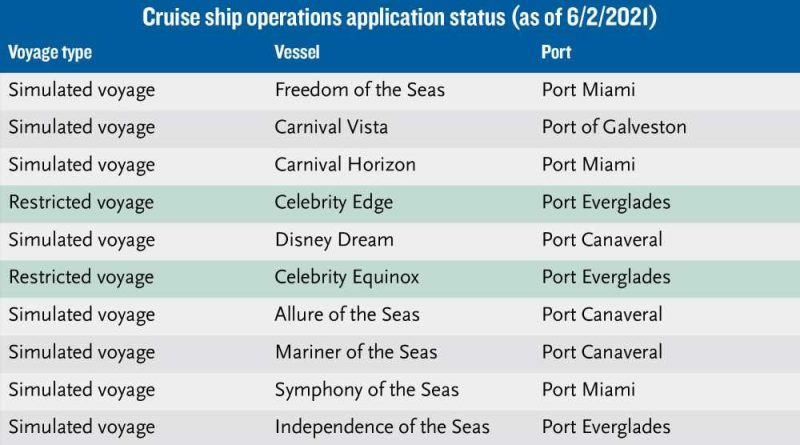 The CDC has now approved eight cruise ships for test sailings and two for revenue cruises, on sailings from Port Canaveral and PortMiami in Florida and Galveston in Texas.

The first two Carnival Cruise Line ships to be approved for simulated sailings are the Carnival Vista, from Galveston, and the Carnival Horizon, from Miami. The cruise line said it was still finalizing its plans for when the trials will be conducted.

A second Celebrity Cruises ship, the Celebrity Equinox, was approved for revenue sailings, which the CDC calls “restricted voyages.” Those ships can enter service without test sailings by maintaining a 95% passenger and crew vaccination threshold.

The Celebrity Edge was the first large cruise vessel approved to launch a revenue cruise from the U.S. in more than a year, and it plans to set sail June 26 from Fort Lauderdale. 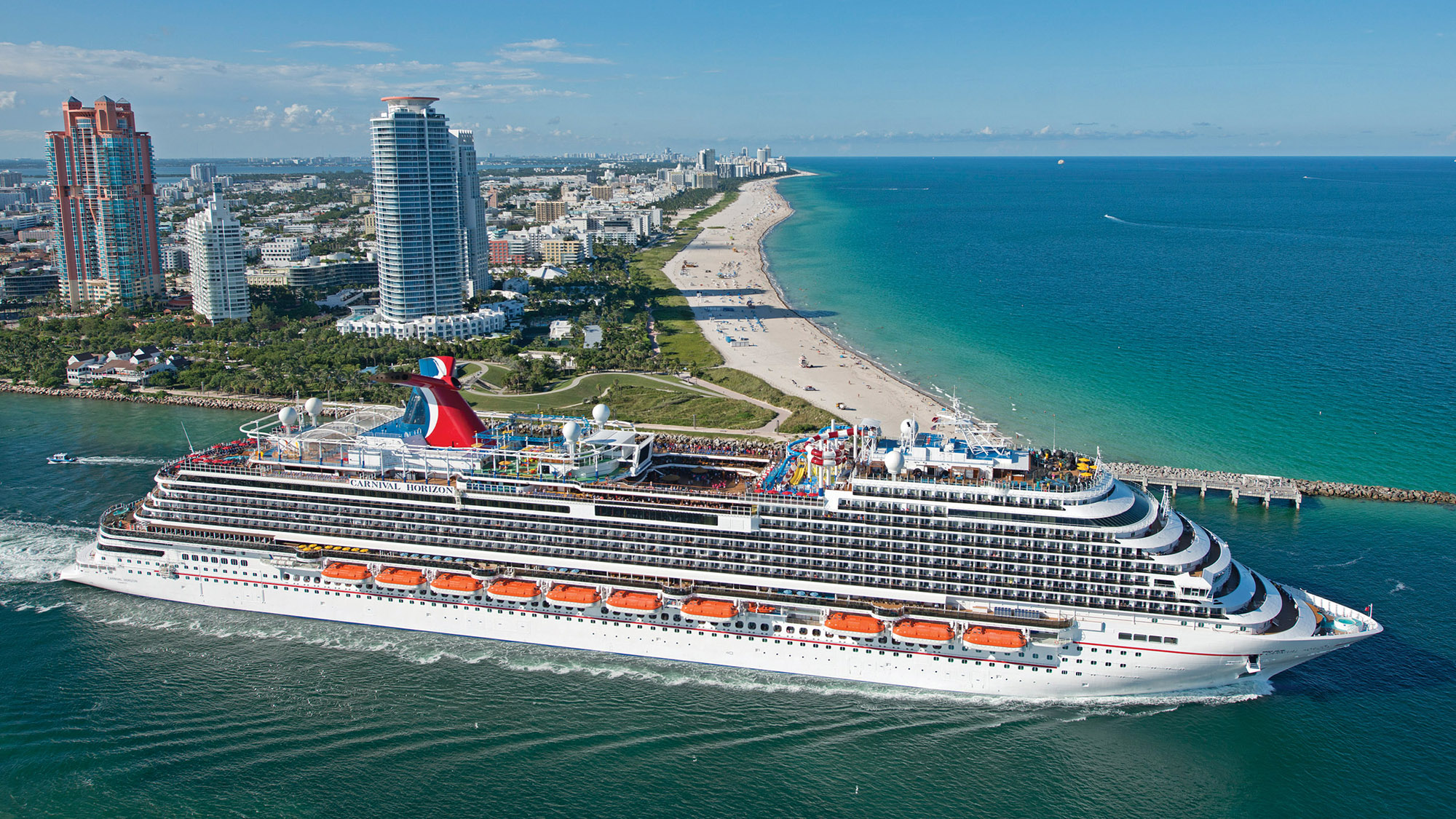 Those are in addition to the Freedom of the Seas, the first ship approved for a test sailing, which is being conducted on June 20 from Miami.

Royal said that the Allure and Symphony would embark on their simulated sailings on July 27 and August 1, respectively, from Port Canaveral and PortMiami. The line did not reveal when the Mariner or Independence would set sail, but they are approved to operate from Canaveral and Galveston, respectively.

The CDC also previously approved the Disney Dream to do a test sailing from Port Canaveral, which will be conducted June 29.

Marella Cruises reveal huge change on-board ships for passenger satisfaction – what is it?

Viking Is Planning an Epic 28-country World Cruise for 2022