World's Most Expensive Cruise: Guests show off their suite

The cruise guest shared their nightmare experience on the social media platform, Reddit. They shared the story on a forum for “worst” ever cruises.

“I was served rotten peaches for breakfast and when I politely notified a waiter, he just shrugged and walked away.

“The buffet seemed to consist of the same fries, burgers and hot dog station every single day.”

Food is a highlight of the holiday for many cruise passengers due to the wide variety of outlets onboard.

The ship buffet is normally one of the most popular areas of a cruise liner and would usually serve an array of tasty dishes.

The passenger added: “The entertainment was awful as well. Staff didn’t even show up for some planned events.

“When they did show, they were unengaged. For a ‘make a jewellery box’ event, they just threw a packet with instructions on everyone’s table and then left.

“The ‘make a flower’ workshop was just a two minute explanation of how to turn a Kleenex tissue into a flower, we didn’t even get craft tissue paper.”

A large cruise liner will often have a full schedule of entertainment for guests, so it can be disappointing if activities aren’t enjoyable.

The angry passenger said: “There were two karaoke nights planned, for the first one no staff showed up with the karaoke equipment even though there were lots of people at the bar waiting.

“The second night it was supposed to run for three hours and the host just left after two, even though there were over 25 people there.

“Several guests unlocked the equipment and started it up for themselves for another 20 minutes then staff came and got angry.”

Karaoke is a cruise highlight for many passengers and is often a feature on a cruise itinerary.

The passenger added: “The male entertainment staff seemed to know nothing but sexist jokes that weren’t funny.

“It was ridiculous and often outright offensive. Lots of jokes about women belonging in the kitchen.”

Even though many cruise ships now have Broadway shows or acrobats, it appears this cruise’s entertainment left a lot to be desired.

The passenger said: “On top of that, the swimming pool was closed 75 percent of the trip due to weather, even though the weather didn’t seem that bad most days.”

Unfortunately bad weather could mean a cruise ship has to close the swimming pool for safety reasons.

This is out of the control of the crew, although it is always very disappointing for guests.

Cruises had a difficult pandemic with some experts calling them “floating petri dishes” due to the high rate of outbreaks onboard.

However, as cases drop around the world many British tourists are keen to get back out on an ocean voyage.

Amtrak Offers Valentine’s Day Buy One, Get One Free Sale 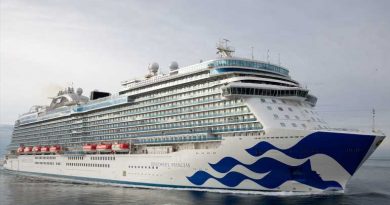 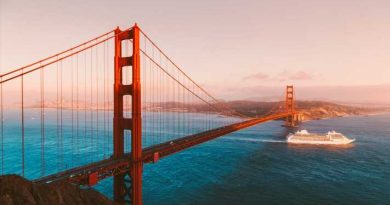