Jane McDonald took to the waters once again on her latest cruising adventure through Asia. While enjoying a river cruise along the Mekong River, the starlet revealed one top tip for first-time cruisers which she had learned during her years working and holidaying onboard cruises.

Seasickness is a common byproduct of life at sea for many and can be enough to put some eager cruisers off the idea altogether.

However, for first-time cruise holidaymakers who are feeling uncertain, Jane says there is a less risky option.

“For anyone who hasn’t cruised before, who is a bit worried about seasickness, I’d recommend that you dip your toe into cruising with a river cruise because they are a lot more tranquil and also there is no motion sickness because it is really flat,” she said on Channel 5’s documentary Jane McDonald: Cruising Asia.

“You won’t feel seasick at all,” she added. 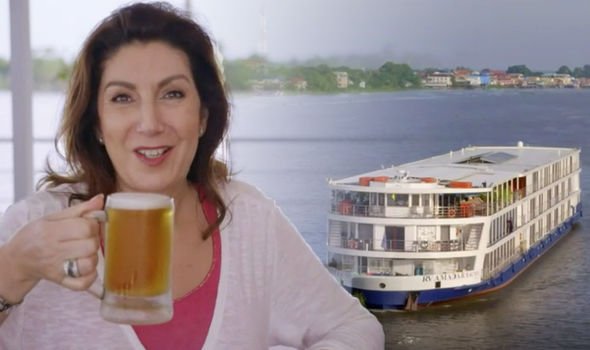 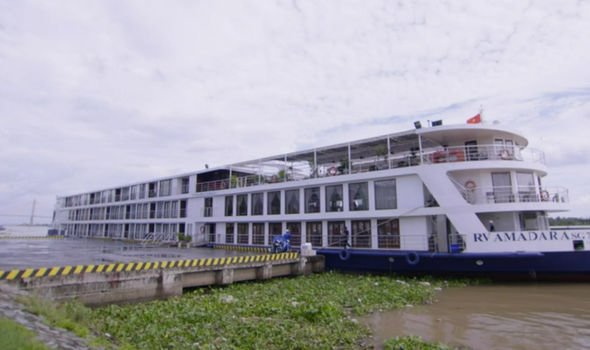 Though seasickness is most common for first-time travellers, it can affect almost any passenger.

According to Marine Insight, the unfortunate sensation is simply a form of motion sickness, much like the type some people experience on coaches or in cars.

Marine Insight explains: “Seasickness is a condition wherein the motion sense of the vestibular system and the motion perceived visually do not concur, causing nausea, fatigue and dizziness etc.

“Seasickness is very common in first-time passengers of any ships or boats or even ferries. This problem has roots in the signals to the brain and therefore should be dealt with a great sense of care and interest.”

Meanwhile, cruise expert Kerry Spencer of Cruise Critic explains that it is known by seafarers as “mal de mer” and is caused by what she describes as a “conflict of senses.”

“In a nutshell, it’s the reaction of your body’s inner ear balance system to the unfamiliar motion of the ship,” she says.

“Some people are unfortunately just more sensitive to the seasickness than others.”

Of course, while a river cruise might be one way to go, some holidaymakers may have their hearts set on an ocean adventure. 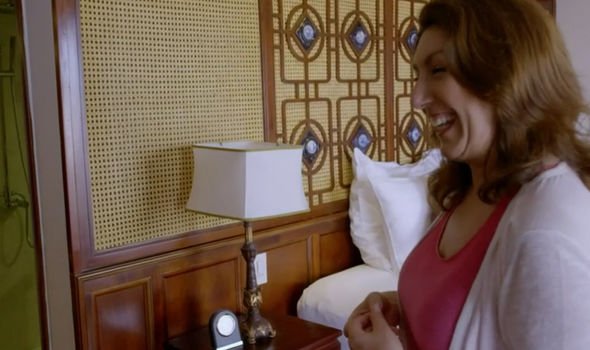 The good news is, the NHS provides some helpful tips which can also ease motion sickness.

According to the NHS, some of the best ways to ease the sensation include looking straight ahead at a fixed point, such as the horizon or venturing outside for a breath of fresh air.

Another way to avoid seasickness is to “close your eyes and breathe slowly while focusing on your breathing” or drink some water.

If travelling with a child, distracting is a good tactic for making them feel better.

Alternatively, ginger is cited as one of the best ways to beat seasickness and the nauseous feeling that ensues.

“Try ginger, which you can take as a tablet, biscuit or tea,” advises the NHS website.

The NHS also lists some things travellers should avoid.

“Do not read, watch films or use electronic devices,” it states.

“Do not look at moving objects, such as passing cars or rolling waves.”

Drinking alcohol, eating heavy meals or spicy foods is also not recommended shortly before or during travel for those susceptible.