Thousands of Britons will set sail down the Strait of Hormuz – just 21 miles from the Iranian coastline – and for those with fears about their safety, they may not have an option to be refunded despite the escalating crisis.

According to The Sun, many worried passengers have “begged for a refund amid the possibility of war – but their requests have been denied.”

One worried passenger, Sally Yorke, 60, revealed that she is one of thousands who will embark on Royal Caribbean’s Jewel of the Seas Cruise, which will set sail through the Strait on its outbound voyage and return.

Speaking to The Sun, Ms Yorke said: “All I see in the news is things are getting worse and worse and that things might start kicking off.

“But Royal Caribbean haven’t said they would change the itinerary if things went sour, they’ve offered no guidance at all, let alone a refund. 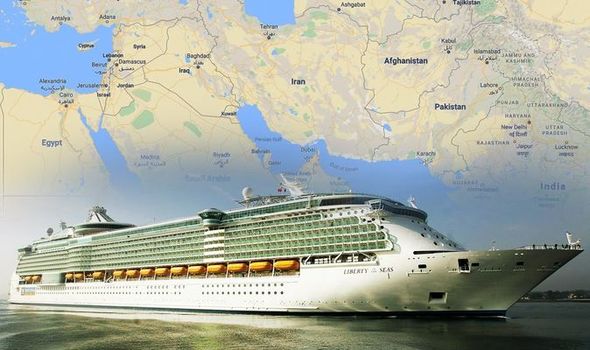 Ms Yorke added that this was meant to be the “holiday of a lifetime” as she prepares to celebrate her 60th birthday.

“I should be looking forward to it, but it’s terrifying. We would take a refund in an instant,” she added.

Sally is one of 2,702 passengers who will board the Royal Caribbean Cruise.

Other cruise lines including Cunard, Celebrity Cruises and MSC are running voyages through the Strait.

According to Ms Yorke, Royal Caribbean have told passengers that they will have to cover 90 percent of the costs if “they want out.”

Speaking to Express.co.uk, a spokesperson for Royal Caribbean said: “Our Global Security teams continue to monitor the situation in the region and are working closely with authorities to ensure the safety and comfort of our guests and crew, which remains our highest priority. We are communicating directly with our guests and will advise them if any schedule changes become necessary.”

A spokesperson for MSC Cruises added that they consulting with official travel advisory bodies and are in constant contact with local and international authorities. “So far, we have not received any intelligence suggesting that there is reason for our itineraries to be altered, or shore excursions to be cancelled,” they said. 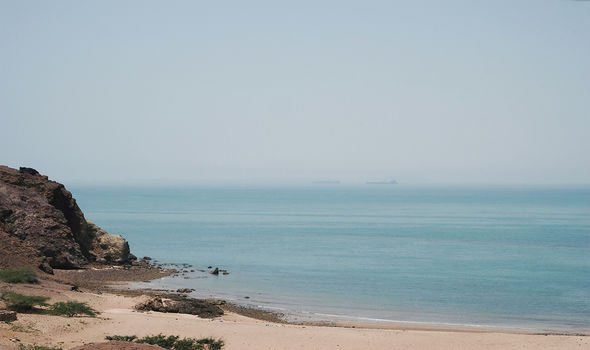 “We continue to monitor the situation closely, taking into account the latest advice from all relevant sources. Should the situation change for any reason then we will contact our guests to let them know. Our guests and and crew can be assured that their safety is always our first priority.”

The Strait of Hormuz is located between the Persian Gulf and the Gulf of Oman. It’s about 96 miles long and 21 miles wide.

Last year, P&O Cruises cancelled its voyages in the Persian Gulf over fears that British ships could be targeted.

In a statement, the cruise line said it decided to call off all trips in the region amid the standoff between Iran and Britain over the seizure of tanks. 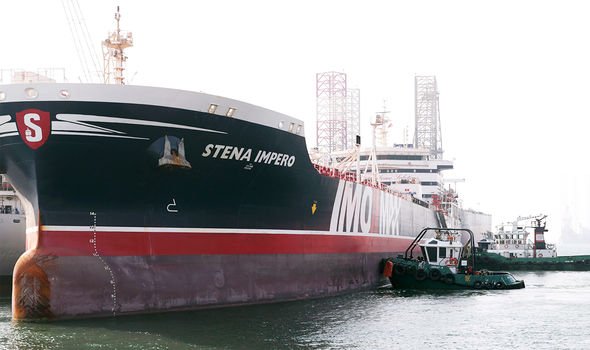 “The increased tension in the region highlighted by the attacks on tankers in the Straits and the detention of a British-flagged tanker by the Iranian authorities means as a British company flying the Red Ensign it is not advisable for us to maintain our planned Dubai and Arabian Gulf programme this winter season,” said Paul Ludlow, president of P&O Cruises.

“Whilst we appreciate our guests will be disappointed, the safety of our guests and crew is absolutely paramount and given our UK status, coupled with the uncertainty in the region, we have had to make this difficult decision.”

At the time, P&O said all guests would be fully refunded.

The decision came after Iran seized British-flagged oil tanker Stena Impero in July in response to seizures of an Iranian oil tanker off the coast of Gibraltar.

Iran said they seized the tanker in the Strait of Hormuz for alleged maritime violations.

Stena Impero was released by Iran two months after it was seized with the Iranian Foreign Ministry lifting the detention order in September.

“The Stena Impero was unlawfully seized by Iran. It is part of a pattern of attempts to disrupt freedom of navigation. We are working with our international partners to protect shipping and uphold the international rule of law.”