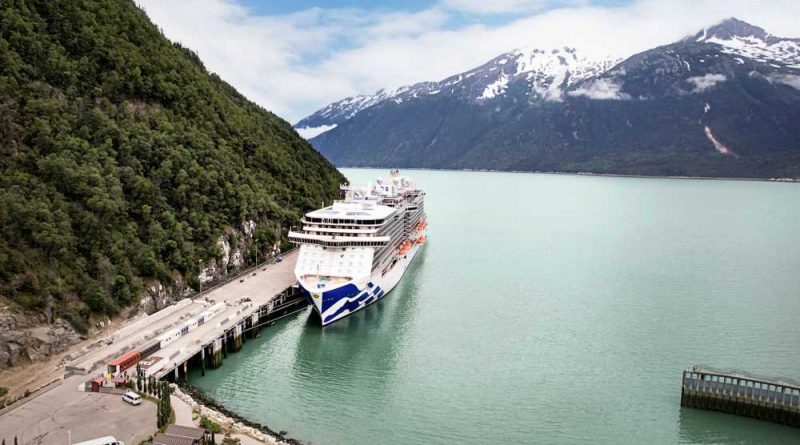 The forward berth on the Railroad Dock in Skagway, one of the busiest cruise ports in Alaska, has been closed because of a rockslide risk, forcing cruise lines that usually dock there to make other plans.

The berth is the primary location for Princess Cruises’ Royal-class ships in Skagway, and Princess said it was adjusting itineraries for several vessels.

The Majestic Princess called at Icy Strait Point instead of Skagway on Tuesday, but the Crown Princess continued with its scheduled call in Skagway, docking at a different pier.

Princess said it was working with officials from Skagway and the dock’s owner, White Pass & Yukon Route Railway, to determine when scheduled calls can return to the forward berth on the Railroad Dock.

Earlier this month geotechnical engineering firm Shannon & Wilson prepared a report for the city of Skagway about the slope conditions of the cliff above the Railroad Dock.

The company concluded that a slide mass above the forward berth on the Railroad Dock “will eventually fail, and the consequences of such failure will be catastrophic in nature with significant risks to life and property.”

Shannon & Wilson recommended a “controlled excavation to reshape the slope.”

Emerald Cruises on Track to Deliver Two News Ships in 2021