Saujani, also the author of bestselling book “Brave, Not
Perfect,” will name the new ship at an inaugural ceremony in Southampton, England,
on March 30. 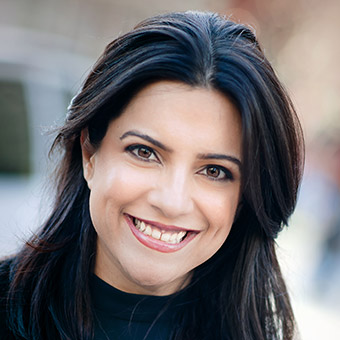 The Apex is the second ship in Celebrity’s Edge class, for
which Celebrity said it is choosing godmothers that break ground in their
respective fields. The Edge, the first ship in the class, was named by Nobel
Peace Prize winner Malala Yousafzai.

Girls Who Code launched in 2012 with the aim of closing the
gender gap in technology. Celebrity said college-aged alumni of the
organization major in computer science and related fields at 15 times the
national average. In 2019, Girls Who Code was named the No.1 nonprofit on Fast
Company’s Most Innovative Companies list.

“Reshma is bridging the gap in the historically
male-dominated technology industry,” said Celebrity CEO Lisa Lutoff-Perlo in a
statement. “She is evolving the image of what a computer programmer looks like
and does, inspiring a whole new generation of girls and women to bravely pursue
this field. Because she is a game-changing visionary, she is the perfect
godmother for a game-changing ship like Celebrity Apex.”

Celebrity will collaborate with Girls Who Code to offer
educational coding programs as part of the cruise line’s Camp at Sea S.T.E.M.
experiences onboard both the Apex and the Edge.

The Apex’s inaugural season launches in April with a
mini-season of five sailings in northern Europe before spending the summer
sailing Mediterranean cruises of seven to 12 days. In November, the ship will
reposition to Fort Lauderdale for a winter season of seven-day Caribbean
cruises.