From the Museo Picasso to the Picasso Walking Tours, the city is a living, breathing celebration of Spain’s most famous artist.

Even the mish-mash of its neighbourhoods, some historic, some ultra-cool and modern, seems like an architectural tribute to the father of collage and cubism.

Often overlooked as a city, holidaymakers simply fly in and swiftly depart for a neighbouring beach resort such as Marbella and Torremolinos.

But today Malaga is a bustling, metropolitan and confident city where, to quote Picasso himself, “everything you can imagine is real”.

Barcelo Malaga, a slick and characterful hotel conveniently located above the main train station, was the base for our visit.

With its stand-out feature – an adult-sized, metal slide delivering guests from the first floor to the cocktail bar – this hotel is certainly channelling Picasso’s creativity and imagination.

The second floor houses El Anden, the hotel’s restaurant with an ambitious menu cooked by culinary experts from Spain and beyond.

The rooftop, on the eight floor, is its jewel in the crown.

With 360-degree views of the city, mountains and sea, a cocktail bar, DJ booth and infinity pool, there’s enough distraction to keep you from ever leaving during your stay.

A city such as this, however, is begging to be explored and the fun starts right outside the front entrance to Barcelo. One of the city’s many beaches, Playa de San Andres, is a five-minute walk away.

Dotted around Malaga are reminders of the region’s ancient past – including the Fortress la Alcazaba, perched high on a hill in the centre of the city.

The fortress was built in the 10th century by the Moors before being seized during the reconquest of Spain by the Catholic monarchs in the 15th century.

Today the fort is a beautiful mix of cultures and architecture, with walled gardens, ornate ponds, winding pathways and stone archways. Above all it offers stunning views of Malaga and – on hot days – a welcome breeze.

Connected to the fort are the ruins of an ancient Roman theatre dating back to the 1st century BC. It is the oldest surviving monument in the city due to damage caused during the Spanish Civil War, which saw some sites destroyed beyond repair.

The theatre, however, had been long-forgotten by the time of the war and was therefore protected from damage by debris and rubble which had built up over several centuries. It was fi ally rediscovered during the 1950s. Sensitive recovery allowed it to open again, regularly hosting plays and musical performances.

Some 2,000 years after the Roman theatre was constructed, Malaga welcomed a very different new attraction.

The Museo Automovilístico is a blending of two industries that are rarely linked – high fashion and motoring.

But the two combine perfectly thanks to the work of car and fashion-obsessed João Manuel Magalhaes, whose father spent decades putting together a collection of rare and notable cars and outfits.

Built in 2007, the museum is unlike anything in Malaga – and possibly the world. Vintage Rolls-Royces are paired beautifully with hundreds of items of haute couture, from dresses to bejewelled masks.

The museum is a reflection of the surge of development which has seen the city transform into an ambitious and modern tourist destination. Nowhere is this more evident than at the historic docks, which have now been converted into one of the coolest areas of the city. 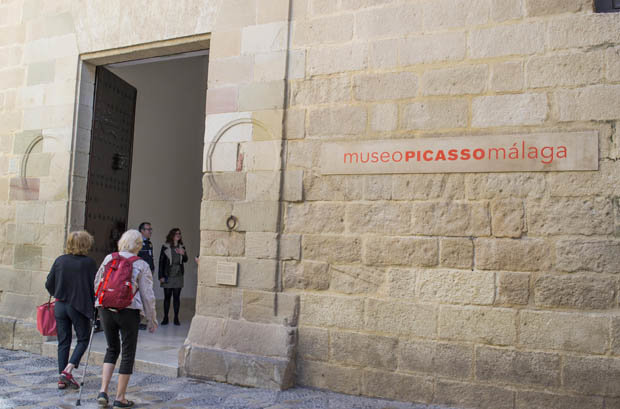 The Puerto de Malaga is now a hip, ultra-chic neighbourhood of live music, cultural attractions and restaurants. El Parmeral is one of the new eateries to spring up, offering fresh fish, fine wine and views of the Med.

The city centre is also packed with culinary treats, with the El Pimpi a particular favourite. The oldest tapas bar in Malaga, its door opens up into a maze of corridors and rooms with hungry diners perched on every available surface.

Adorning the limited space are barrels signed by celebrities – such as actor and producer Antonio Banderas – who have been unable to resist El Pimpi’s charms.

■Getting there: Flights from regional airports to Malaga are available through Ryanair (Ryanair.com), easyJet (easyjet.com), British Airways (ba.com) and Jet2.com, from £78. 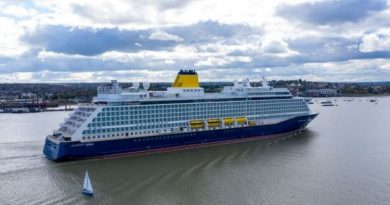