There’s more than one reason to go to the Jordanian port city of Aqaba, but first-time cruise visitors more likely than not are heading two hours north to the ancient city of Petra, Jordan’s most renowned attraction, which I visited with Travel Leaders Network as part of its 2019 International Summit.

The journey takes visitors through the country’s southern desert, which changes several times along the way but remains dry and dusty no matter the composition of the rock or the change in elevation.

Arriving in Petra, guests buy tickets and pass by a village of snack and souvenir stands to enter the Siq, a narrow, nearly mile-long canyon formed by tectonic forces and later deepened and shaped by a river that is dry except for the occasional flash flood.

Petra was built perhaps as early as the fifth century B.C. along the course of that river, which was diverted through a tunnel at the entrance to Petra to provide a safe place for homes and other structures. 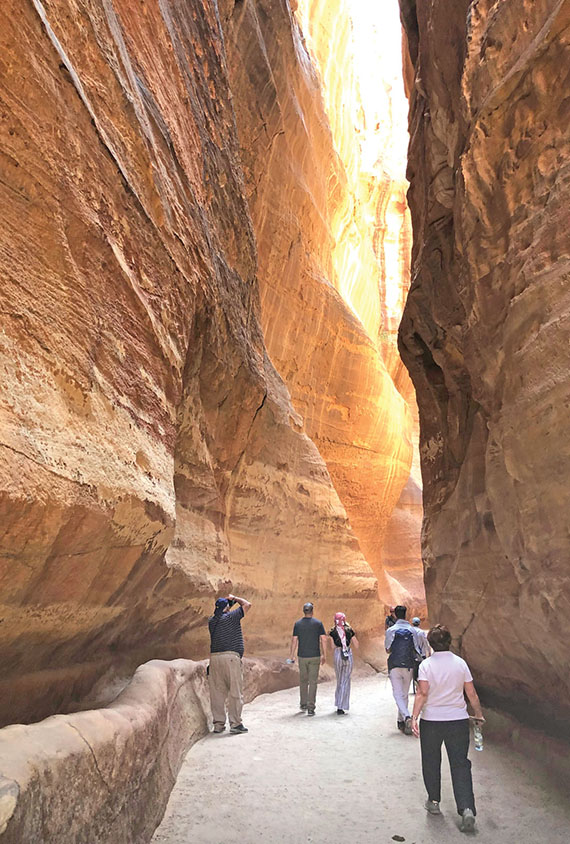 Safety and water were the two attractions of Petra for the Nabateans, who felt secure in the hidden mountain canyon and engineered aqueducts for miles from a spring said to be the biblical site where Moses struck a rock to draw forth water.

Petra combines the soaring cliffs of Zion National Park, the sculptural monumentality of Mount Rushmore and the ancient ruins of Ephesus into one package. Its great sight is known as the Treasury, first glimpsed at the end of the hike down the narrow slot canyon.

At first, because the Treasury is bright in the sun against the shadow of the cliff walls, it is hard to make out what you’re seeing. As the canyon opens up and takes a turn to the right, there stands a 120-foot-tall monument from the first century carved into the face of a cliff and preserved in such amazing detail that it seems to have been crafted just yesterday.

There’s much more to see beyond the Treasury if time permits, as Petra continues to follow the riverbed into a district of tombs, temples, a theater and a colonnaded Roman road.

But guides told me that with two hours out and back, most cruise tours to Petra don’t go beyond the Treasury because of time limits. That said, the Treasury is certainly the one can’t-miss feature at Petra.

On the coach back to Aqaba, guests can be on the lookout for Bedouins driving herds of goats or sheep through the desert scrub. I didn’t see any camels, but they’re absolutely common in southern Jordan. 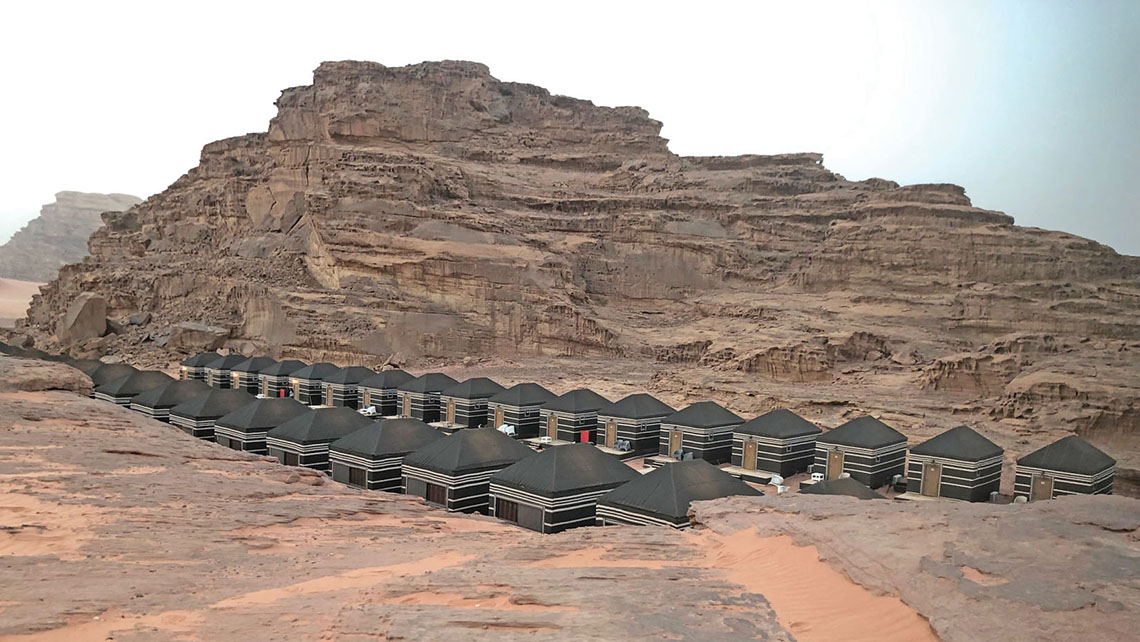 Another attraction on a cruise stop in Aqaba is the Wadi Rum desert area, which is only an hour’s drive away. Wadi Rum was featured in the 1962 epic film “Lawrence of Arabia,” which memorialized British adventurer T.E. Lawrence and his campaign with Bedouins and other Arabs who revolted against Turkish rule during World War I.

Today, one can travel by four-wheel-drive vehicle through the same desert Lawrence navigated by camel and camp in Bedouin-style tents amid mesas and red sand dunes. Hiking and rock climbing are popular activities. 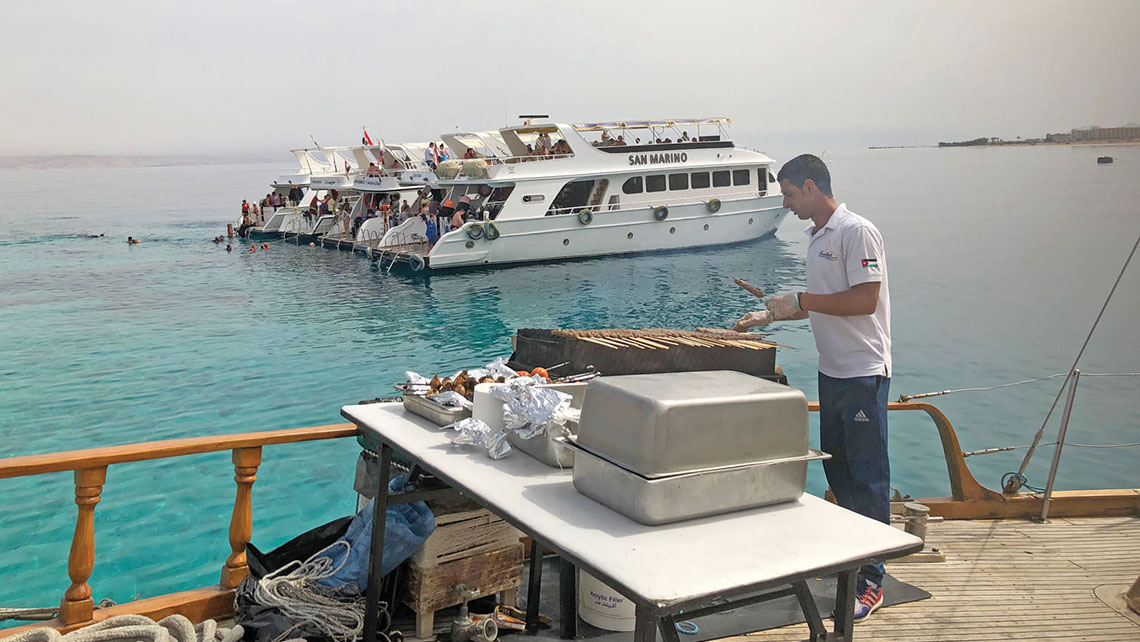 Staying in port or taking a boat excursion is also an option in Aqaba. The Berenice Beach Club offers a one-day pass to its beach, changing rooms and swimming pool facilities for about $14. The club is also a center for watersports, snorkeling, scuba trips and yacht excursions in the Gulf of Aqaba.

On one such day tour, our group sailed across the Gulf to the Egyptian coast to tour a medieval fort on a small island and then anchored near the island for snorkeling over a coral reef.

Once the snorkeling was finished, we regrouped for a deck barbecue with kebabs of lamb, chicken and fish matched with fruits and Middle Eastern specialties. Relaxed, we sailed back to Jordan over the calm waters of the gulf, enjoying views of four countries — Egypt, Israel, Saudi Arabia and Jordan — as we made our way back to port.

When will travel return? Predictions for cruises, international destinations, tours and more

Get your trip off to a flying start at the best airports in the world
We and our partners use cookies on this site to improve our service, perform analytics, personalize advertising, measure advertising performance, and remember website preferences.Ok