Cruise holidays are growing in popularity, with the latest travel trends report from ABTA showing more holidaymakers are taking to the sea than ever before. This is largely thanks to a growing offering set to offer something for everyone. While Disney cruises boast a family-friendly experience, operators such as Celebrity promise luxury treatment. However, now something unique is emerging in the market specifically for those seeking some of the most magical parts of nature.

Cruise lines such as Cunard, Fred. Olsen and P&O are boasting a new style of holiday that also becomes an explorative adventure – a journey to seek out the famed Northern Lights.

For those who don’t know, the Northern Lights, also called the Aurora Borealis, is a natural light display in the Earth’s sky.

It is predominantly seen at high-latitude regions, meaning travellers across the globe track to specific hot spots to catch a glimpse of the awe-inspiring colours.

The lights are caused when particles in our planet’s magnetic field its atmosphere react. 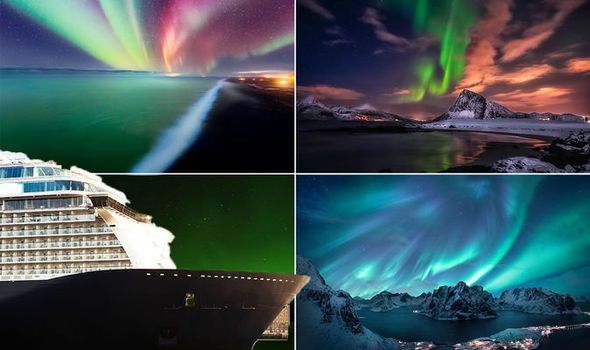 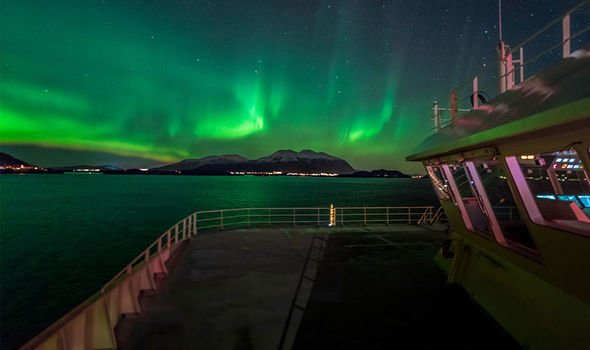 When charged particles from the sun come into contact with molecules in the atmosphere, they light up, revealing twinkling of pink, green and blue.

The lights typically are seen in the far north – the nations bordering the Arctic Ocean – Canada and Alaska, Scandinavian countries, Iceland, Greenland and Russia.

Now, many cruise lines are dipping their toes into the world of nature in a bid to make seeing the lights a truly unique experience.

Kerry Spencer, editor of Cruise Critic spoke with Express.co.uk to explain what light-seekers can expect.

She said: “A cruise is often the optimum means to experience the heavens.

“The Earth’s oceans have pristine, dark skies, where light pollution does not impede your view of the dimmer stars, the bright swath of the Milky Way, dim meteors and satellites, and the faint glow of the Andromeda Galaxy 2 million light-years away.”

The opportunity for abundantly clear skies is what makes them the perfect carrier to transport travellers on an Aurora Borealis chase.

She continued: “Cruise lines like Viking and Hurtigruten capitalise on the potential to explore the Northern Lights from the sea where there is little light pollution to obscure the views. 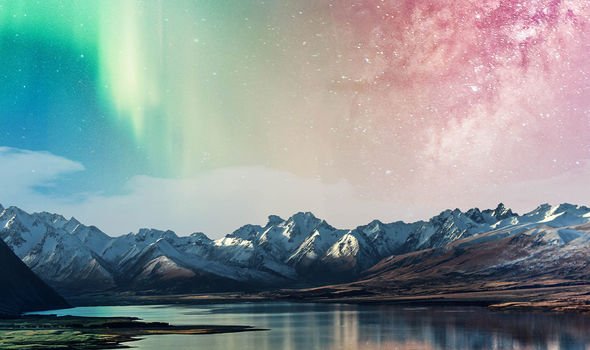 “Viking Cruises is offering a 12-night In Search of The Northern Lights cruise, on Viking Star, departing Bergen on 10th March, returning to London, Tilbury on March 22nd.

“Prices start at £4, 290pp and include all flights, meals, fine wines and beers with lunch and dinner, and includes shore excursion in all six-port stops, and all entertainment and onboard enrichment programmes.”

Meanwhile, Cunard cruises offers travellers a 12-night excursion with plenty of opportunities to see the sights.

Sailing through Norway’s Fjords, the ship offers a number of stateroom options and an array of entertainment to keep passenger’s busy between sailings. 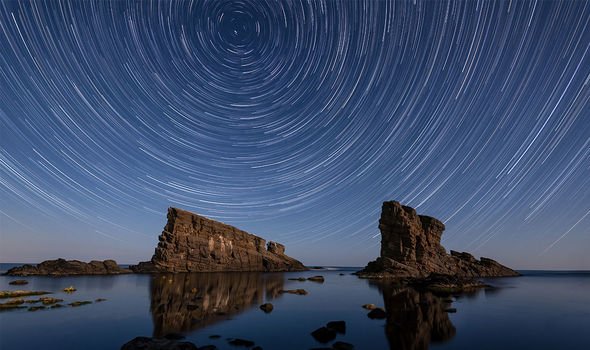 The Northern Lights are the most visible in Norway between October and March, and Cunard offers sailings throughout this duration.

Fred Olsen is offering similar cruises throughout January and March 2020, which deliver the best chances of seeing the dancing ribbons of colour.

The cruises will sail through the Arctic Norway’s remote islands, towering mountains and stunning glaciers, promising scenery at every turn.

Along with the Northern Lights, cruises also offer other opportunities for nature lovers.

Kerry continued: “Stargazing is a long-time maritime tradition, both for navigation and for fun, since the lack of light pollution makes heavenly objects brighter at sea. While many cruisers often try their own constellation tours on a ship’s upper decks, some lines bring experts on board to show passengers how it’s done.

“Viking Ocean Cruises, for example, often provides a Stargazing Specialist on many ships, to teach passengers how to identify major constellations and gather your bearings from the stars. Princess cruises offer stargazing activities as well.”

She added: “Sailings to view total solar eclipses are common in years where peak viewings take place over water. Several external companies such as TravelQuest, Sky and Telescope and Eclipse Tours, charter ships to take travellers to the totality.”

MSC Grandiosa floats out in France