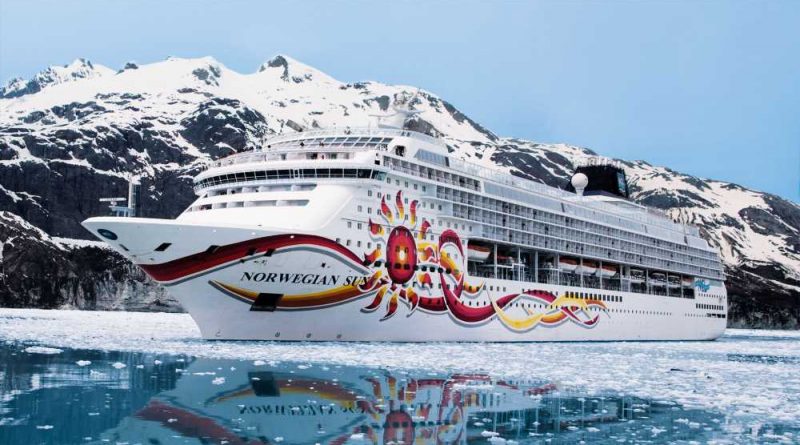 The Norwegian Sun struck a small iceberg in Alaska on June 25, causing Norwegian Cruise Line to cut short the sailing and cancel the Sun’s next cruise from Seattle.

The ship is undergoing repairs.

The Sun hit a growler while sailing to Hubbard Glacier in Alaska. A growler is a fragment of ice that the National Oceanic and Atmospheric Administration describes as about the size of a truck or a grand piano.

The ship then sailed to Juneau for assessment before shortening the voyage and canceling the June 30 sailing. Guests onboard the shortened sailing will disembark in Seattle as originally planned.

Guests who sailed on the June 21 sailing will receive a full refund for the voyage and a future cruise credit valued at 100% of the cruise fare.

Those scheduled to sail on June 30 will receive a full refund and a future cruise credit valued at 50% of the paid fare, plus $300 per person for airline cancellation or change fees.

This is the second time this year that NCL has canceled voyages after a run-in with the elements. In March, the Norwegian Escape grounded on a channel bed in the Dominican Republic. The line initially estimated that repairs would take a week, but NCL ultimately canceled four voyages in addition to shortening the original sailing.

Cruise: Venice bans cruise ships from city – what does it mean for your Italy cruises?