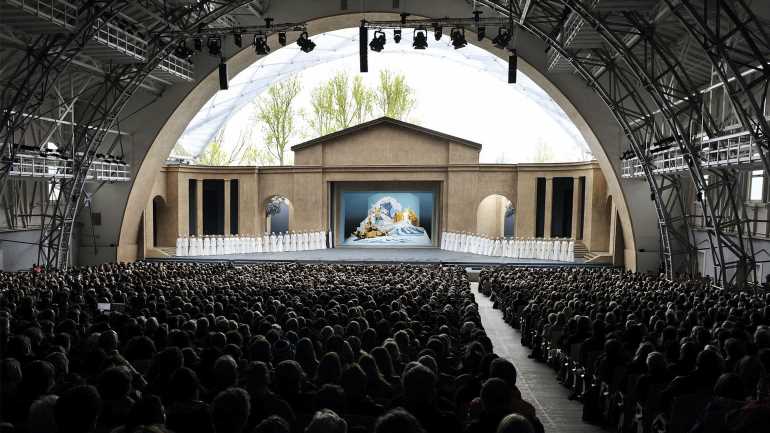 The epic Oberammergau Passion Play is set to return to the stage in the German village where it began nearly 400 years ago. And several luxury lines are offering specially crafted itineraries designed around the bucket-list event.

The production is staged entirely by residents of Oberammergau — as many as 2,000 of them. It historically has taken place every 10 years, at the start of each decade, but because of the pandemic, it had to be postponed from its original 2020 date.

Performances this year will take place from May 14 to Oct. 2.

Some of the river packages feature the Passion Play as a pre-cruise offering, with short, one- or two-night stays in Oberammergau or longer, multiday stays that include land tours of the Bavarian village and surrounding communities.

“The land tours featuring Oberammergau were designed specifically to link with a variety of our Scenic river cruise options,” said Elliot Gillies, a spokesman for Scenic. “From short, three-night land extensions that link to seven-night cruises up to seven nights touring land sites that link to our 14-night cruises.”

Other itineraries will offer the Passion Play as a post-cruise offering.

“Oberammergau’s location in the foothills of the Bavarian Alps is about 200 miles and 150 miles away from the Rhine and the Danube rivers, respectively, so it’s really not possible to incorporate the Passion Play as a featured activity during the cruise itself,” said Tauck’s worldwide operations vice president, Joanne Gardner. “When including the Oberammergau Passion Play in a river cruise experience, you’re essentially adding it on as a complementary experience to either the beginning or the end of the cruise. 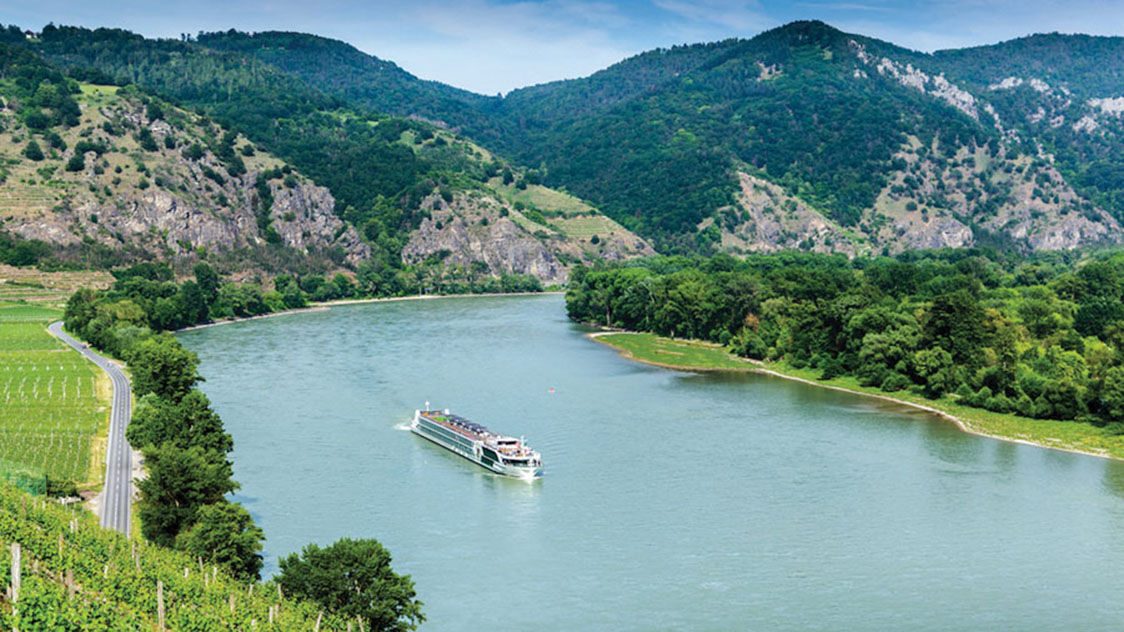 What to expect in the Covid era

Tauck’s Oberammergau offerings cover both land and river cruise trips. Gardner said the luxury supplier has been ready to relaunch its Passion Play itineraries for a year. She said guests on a Tauck package can expect the exact experience that had been originally planned for 2020.

“We actually began planning for the 2020 performances back in 2015,” Gardner said. “Despite the onset of Covid and its myriad impacts, we’ve been able to preserve all of the experiences we’d built into our planned 2020 Passion Play departures. That’s been a key priority for us, because 90% of our guests who’d booked a 2020 Passion Play tour or cruise with us opted to defer their trip and see the play with us this year, rather than cancel.”

“Given the strong demand we’ve experienced, we’re basically sold out on all of our Passion Play departures in May and June. We still have availability in July and August, but we’re likely to eventually sell out of those months, as well,” said Gardner, who noted that the company also offered Passion Play packages in 2000 and 2010.

Anticipation may be even higher for this production, and for good reason: Oberammergau’s 2020 Passion Play had to be rescheduled twice due to Covid.

“We have seen strong demand for these river itineraries, even well before the delays due to the pandemic, so we know our guests are very much looking forward to these trips,” said Richard Marnell, Viking’s executive vice president of marketing. “Currently, availability for our Oberammergau sailings is extremely limited; several departure dates are completely sold out, but we do have some staterooms still available on other departure dates.”

With or without Covid’s many challenges, scheduling river cruise offerings that coincide with Oberammergau’s four-month performance window comes down to one thing: timing.

On Amadeus River Cruises’ Oberammergau-related river sailings this year, guests will attend the performance on the second day of a two-night, pre-cruise visit before boarding the ship for a cruise to either Budapest or Amsterdam via the Danube and Rhine, respectively. It requires meticulous planning to get it all right, according to executive vice president Marcus Leskovar.

Cruises must be ready to depart on the evening of the performance, Leskovar said. “For instance, if Oberammergau ends on May 28, then we need a cruise that is ready to embark on May 28. Otherwise, if we have days in between or overlapping, it wouldn’t work … it has to be precise in order to have these itineraries flow.”

For the Austrian-born Leskovar, the return of the Passion Play this year has special meaning, and not just because he and Amadeus have deep roots in the region. He referred to the event’s origins, how the tradition began in the 17th century when, after months of suffering and dying from the plague, the people of Oberammergau pledged to act out the play of the suffering, death and resurrection of Jesus Christ once every 10 years.

“This year, with the [backdrop] of the current pandemic, it is even more meaningful and powerful, because everyone has been touched by the pandemic in some way,” Leskovar said.

With arrival of Norwegian Breakaway, New Orleans gets it biggest cruise ship ever

One of the world’s biggest cruise ships, Oasis of the Seas, to make New York home