Home » Cruises » On a shipyard tour, the Norwegian Prima shows its artistic side: Travel Weekly 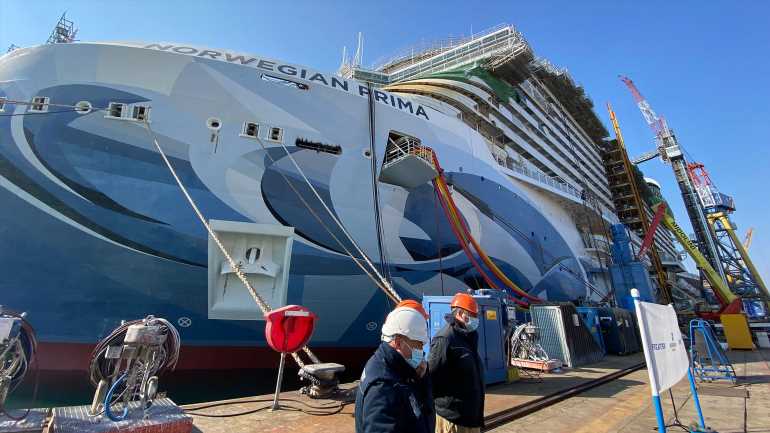 VENICE, Italy — I stepped over creaky plywood boards and bundles of electrical cords as I made my way through the Norwegian Prima. The buzzing of construction equipment — there were 2,300 people working on the ship — was incessant.

But the ship, the first in Norwegian Cruise Line’s new Prima class, is far enough along in places that I got a sense of what the finished product will be like. I peeked inside a mostly finished standard suite; the bathroom was all but completed, the desk and mirror were installed and the balcony doors secure.

Above plastic-covered mattresses, I saw an unusual piece of art: In place of a headboard was a mural ornamented with blue butterflies and featuring a woman from a bygone era looking toward an array of fierce, shining crystals

It’s been nearly a decade since NCL unveiled a new class of ships. The Prima will be followed quickly by a sister, the Viva, next year. 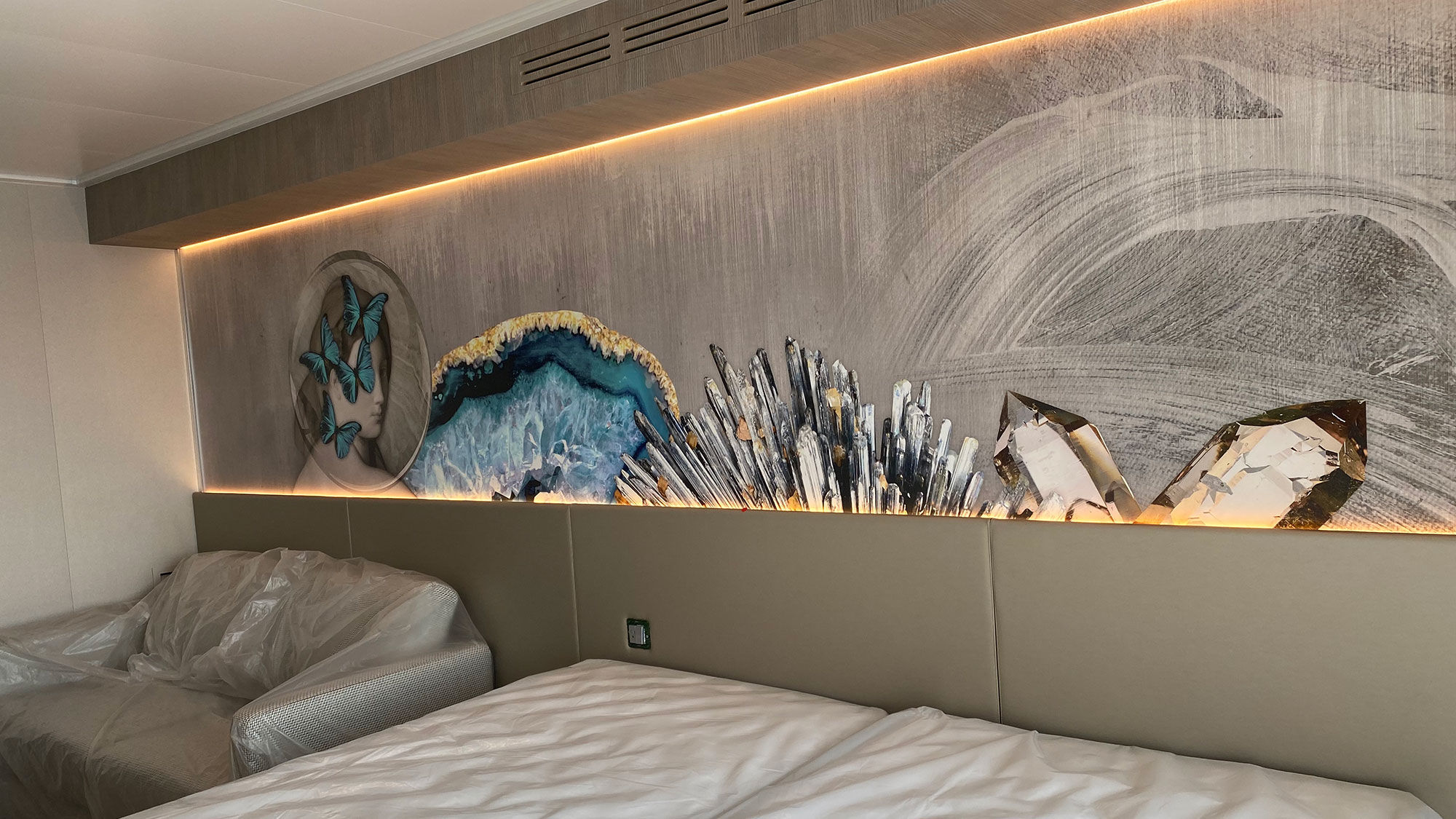 The Prima, under construction at Fincantieri’s yard here, will be delivered in July. And as NCL prepares to launch the class, the brand is looking to “elevate” itself — its experiences, its food, its spaces — to that of a premium-contemporary product.

The ship will have the three-deck Penrose Atrium with glass stars inspired by the constellations, and there will be 18 dining options. Haven passengers will have exclusive access to the ship’s most upscale restaurant, Palomar, which will serve Mediterranean dishes with an emphasis on fresh fish.

The ship will also feature Infinity Beach, a glass-walled promenade with an infinity-edge pool.

The Prima has contemporary-line attractions, especially in its go-big-or-go-home amusements: Thrill-seekers will find a 10-story dry slide and a go-kart track spanning three levels that is 22% longer than the one on the Norwegian Encore. The karts can reach speeds of up to 50 mph.

While ships like Royal Caribbean’s Wonder of the Seas set out to be the biggest at sea, NCL is going smaller, at least in capacity. The Prima will carry 3,215 passengers, a reduction in the number of cabins from the line’s previous two classes that will boost passenger space both in cabins and outdoor areas, including the new 360-degree Ocean Boulevard deck.

Nonetheless, the scale of Prima was brought home by the seemingly endless stairs I needed to climb while exploring the partially completed ship — it does not yet have a working elevator. 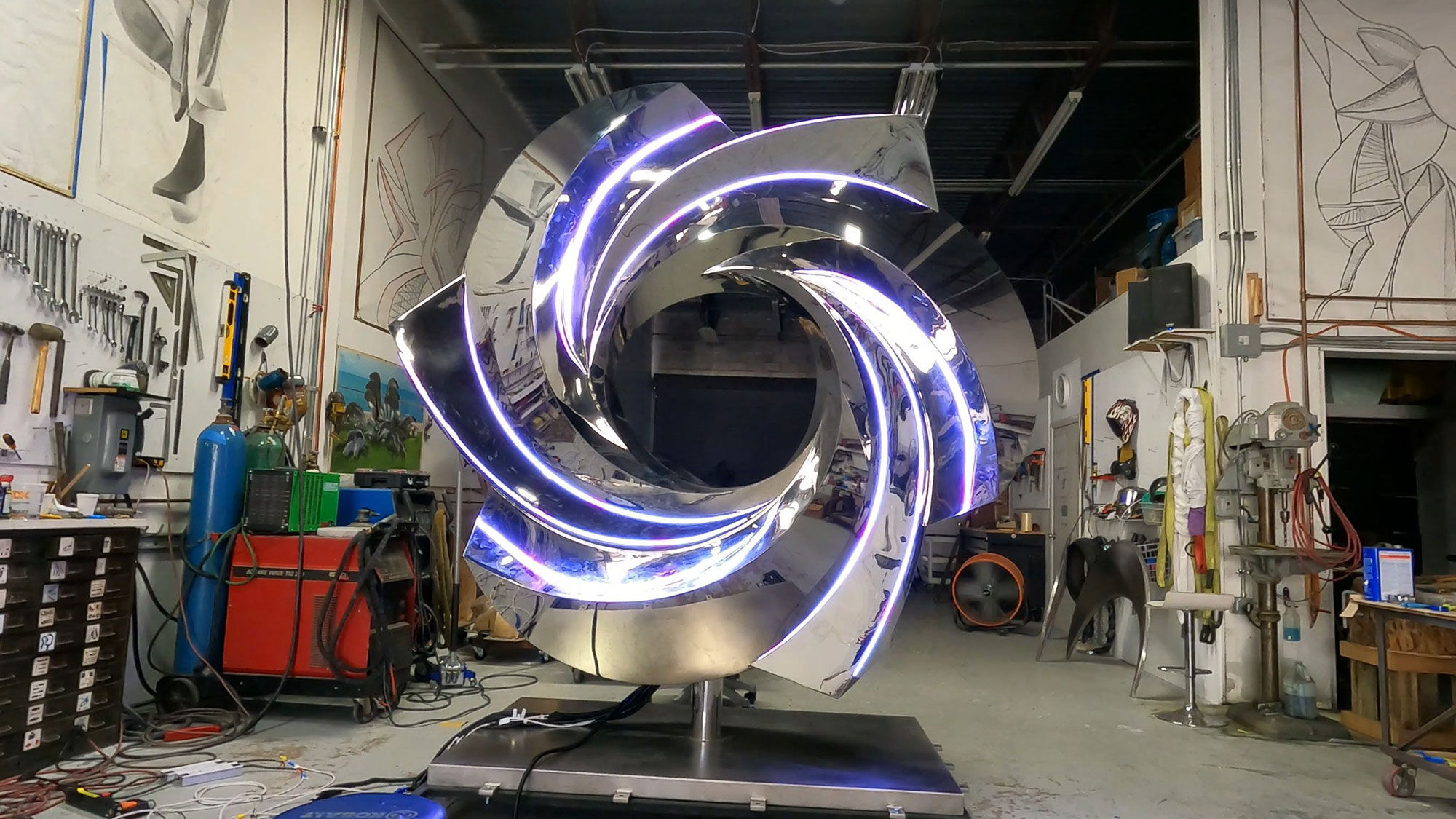 Norwegian Prima will have 700 pieces of art

While not explicitly linking additional outdoor space to pandemic-era trends, the Prima is installing a $2 million sculpture garden featuring six pieces of abstract art, including a puppy designed through a cubism lens and a large LED-embedded ring called Sacred Trinity.

West Palm Beach sculptor Alexander Krivosheiw said he wanted his abstract art to invoke the childlike spirit of seeing something for the first time. “It can be really intimidating for people to step outside themselves and interpret [the art] in whatever way, whatever emotion,” Krivosheiw told reporters. “That intimidation — I didn’t want it in every single piece of work. 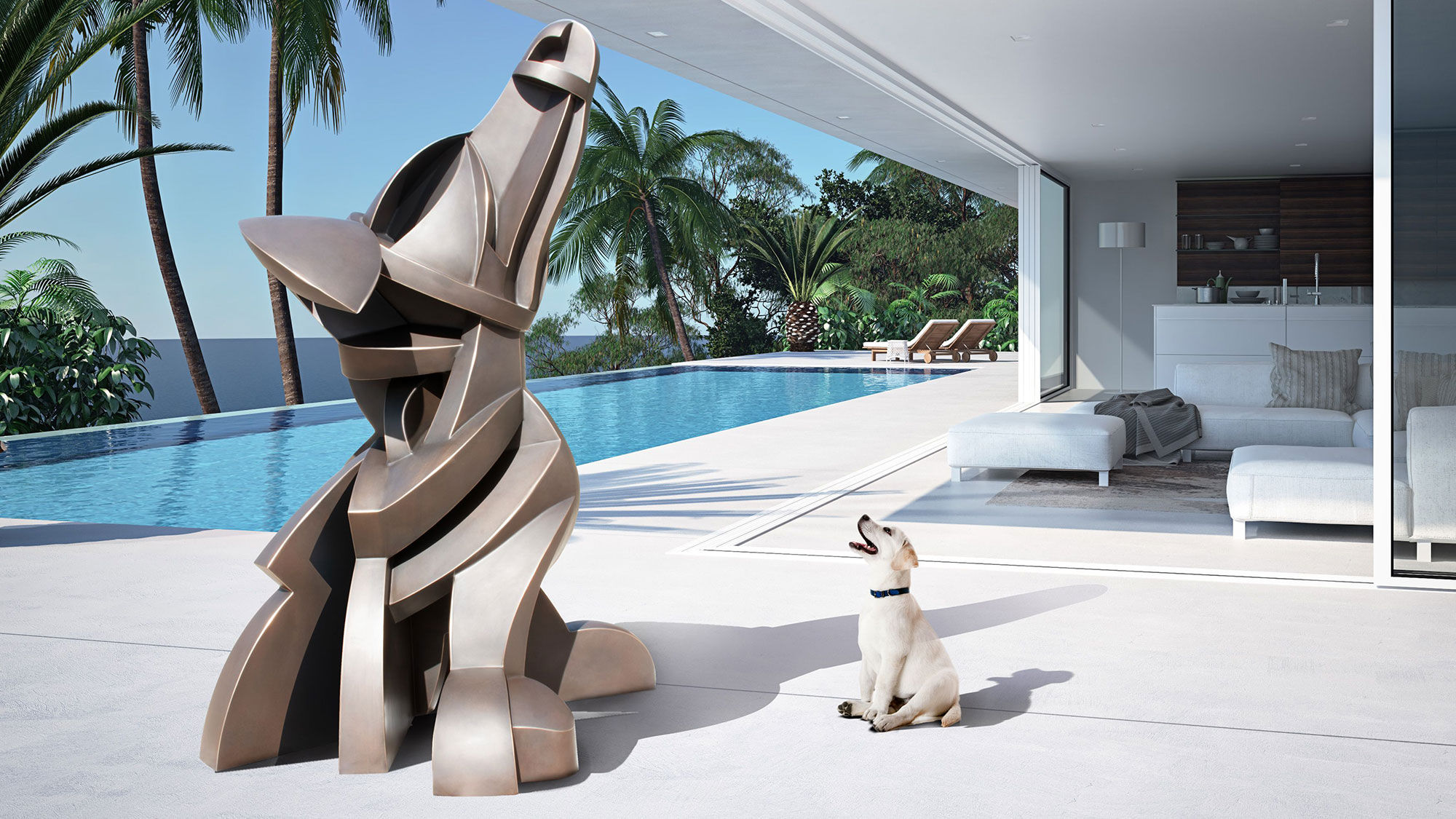 “The puppy dog, it was so playful and yet so sophisticated,” he continued. “I wanted to see that smile in people, not contemplating it too deeply.”

The ship will display 700 pieces of art, most of it commissioned originals. The $6 million spend on art is higher than on any other NCL ship, said Sarah Hall, curator and design director for Norwegian Cruise Line Holdings.

Following NCL’s tradition of displaying art on ship hulls, the Prima will feature a 3D illusion of water’s movement in blue, white and gray tones.

Back inside the ship, Hall explained the concept behind the murals in the bedrooms: Each cabin will have one of five designs. The variety is intended to spark a desire in guests to want to sneak a peek into other cabins and to foster “Instagram moments.”

The murals “invoke the feeling we all get when traveling the world,” she added. “They go beyond a photograph that matches the couch.”

Cruise secrets: Cruise expert reveals the 10 biggest rip offs to watch out for 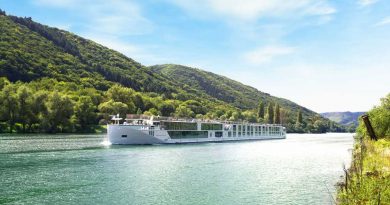 Crystal river cruise ships appear to be for sale