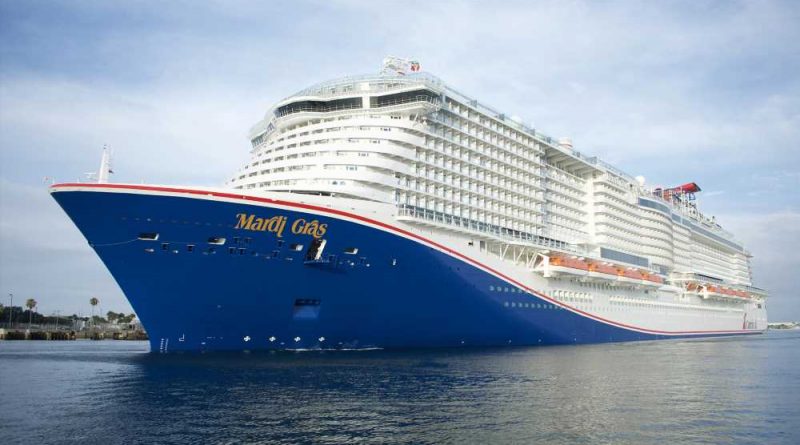 Carnival Cruise Line’s Mardi Gras made its U.S. debut today in Port Canaveral, where the ship docked for the first time.

The Mardi Gras will homeport at Cruise Terminal 3, built specifically for the ship, which is the first in the Americas powered by liquified natural gas (LNG).

“Mardi Gras has been five years in the making and today’s arrival is a historic milestone for our company, not to mention a truly emotional moment for everyone here at Carnival Cruise Line,” said Duffy in remarks at the event. “As we look forward to our restart in guest operations, Mardi Gras’ arrival is symbolic of the excitement and anticipation we have about the future at Carnival Cruise Line.”

The company said it will now begin the process of ramping up Mardi Gras’ crew to a full contingent of 1,750. The ship has the first roller coaster at sea, the only shipboard version of the hit TV show Family Feud, and more than two dozen restaurants with venues from Guy Fieri, Emeril Lagasse, Rudi Sodiman and the line’s Chief Fun Officer, Shaquille O’Neal. The ship also boasts the longest ropes course and largest water park in the Carnival fleet.

The Mardi Gras will operate year-round from Port Canaveral, sailing seven-day itineraries to the eastern and western Caribbean. Carnival has not yet announced Mardi Gras’ schedule.