In response to greater-than-anticipated demand, Regent Seven Seas Cruises will offer a second Cuban voyage in 2019. The new sailing will take place October 22-November 1, 2019. The line previously announced a Cuba voyage for March 12-22, 2019 aboard Seven Seas Voyager. That itinerary features four ports of call, with overnight stays in Havana, Santiago de Cuba and Cienfuegos, plus a maiden call to Isla de la Juventud. The March 2019 cruise has sold out.

The second voyage, aboard Seven Seas Mariner, includes a full day and evening in Havana, and overnight stays in Santiago de Cuba and Cienfuegos.

“Luxury travelers are demanding to experience Cuba in a deeper, more meaningful and culturally-relevant way,” said Jason Montague, Regent Seven Seas Cruises’ president and chief executive officer. “Regent Seven Seas Cruises is moving rapidly to meet this demand. Regent was the first North American luxury cruise line to sail to Cuba, and now we are offering luxury travelers truly immersive Cuban experiences in unique ports around the island in March and October 2019. We are excited to make these additional Cuban destinations beyond Havana accessible to luxury cruisers and their travel advisors.”

The voyages will feature guest lecturers who will speak about Cuba’s history, society and politics. Both cruises will visit Havana, where guests will take part in several exclusive tours. Among them: a visit to the Fabrica de Arte Cubano, an art and photography gallery, cultural center and dance space. Guests will have the chance to meet with featured artists.

Seven Seas Voyager will also call on Isla de la Juventud in March 2019. The legendary “Island of Youth” is thought to have inspired both Treasure Island and Peter Pan. It’s home to the historic Presidio Modelo, a former prison that once held both Fidel and Raúl Castro.

In addition to the two immersive Cuban exploration cruises, Regent offers 20 sailings that call on Havana through 2021.

TUI slashes prices for most popular river cruise route in Europe to £1,200 – where is it? 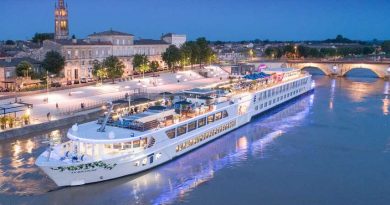 You Can Buy Out an Entire Riverboat Cruise to Sail Around Europe — Here’s What $322,000 Gets You