FORT LAUDERDALE — On Broadway, the classic musical “Hairspray”
runs for about three hours, intermission included. At CruiseWorld, it lasted
about 10 minutes, but encapsulated the story from start to finish.

Royal Caribbean International treated agents attending
CruiseWorld here with a condensed version of “Hairspay” on Thursday
afternoon, bringing the audience to its feet with a colorful and energetic
performance.

Freed said the cruise line has won a number of awards for
its entertainment, and she wants that trend to continue.

Weir said it was important to him to bring the show back.

“It’s bigger and better than ever,” he said. “I
would say, and many people who have seen it who are in the business say that it
is the best version of ‘Hairspray’ ever, including the original on Broadway.” 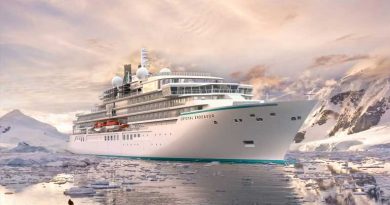 Crystal Endeavor will offer one U.S. sailing in fall