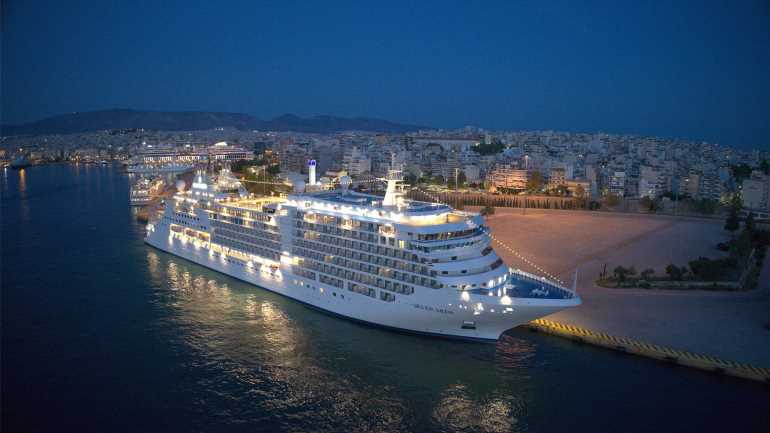 The 30-second spot will appear on major national television networks and streaming platforms in the U.S. and the U.K. starting on Sept. 27, before rolling out in markets around the world.

Conceived by Silversea global creative director Jose Vuolo, the campaign, titled “To the Curious,” is meant to invite “curious travelers to rediscover the world with a renewed passion.”

In the ad, McCurry is shown in a suite on the Silver Spirit writing an open invitation addressed “To the Curious” in which he writes: “To all of you who have been yearning to travel: It’s time. The world is reopening. Open up to the world.”

McCurry and Silversea launched a creative collaboration in 2017, and the award-winning photographer has taken more than 25 journeys with Silversea, capturing more than 500 images of cultures and landscapes around the globe.

McCurry said that “Silversea’s television commercial will resonate with those who share my passion for discovery.”

Vuolo said McCurry, “A born storyteller with the soul of an explorer … was the perfect subject for the commercial: Steve is a passionate traveler who is encouraged to seek out the world’s most enriching moments — much the same as our guests.”

“Silversea is facing its greatest expansion ever,” said Barbara Muckermann, Silversea’s chief commercial officer, in a statement. “But this growth coincides with a very peculiar moment in the history of travel. The doors of the world were shut on us; now they’re reopening, and it’s our responsibility as the leading ultraluxury cruise line to reignite our guests’ passion for discovery and let them know it’s time to start exploring again safely, which is perhaps the greatest luxury of all right now.”

Royal Caribbean Announces Details for Explorer of the Seas Overhaul