Home » Cruises » State of the cruise industry: Battered, bouncing back 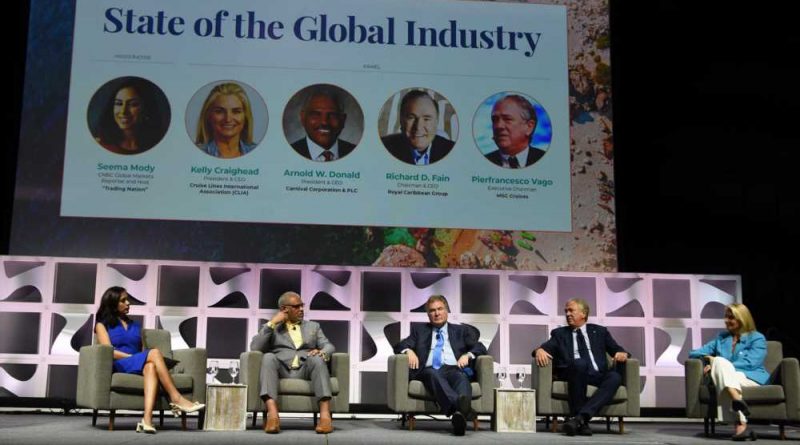 The chiefs from three of the four largest cruise lines sat in person on a panel at Seatrade Cruise Global last week, marking their first time together on a stage since the pandemic began.

The panel described an industry forging ahead and planning for a resurgent 2022 but still facing hurdles.

Donald said 35% of Carnival Corp. ships were already up and running and operating at an average of 68% occupancy. Fain said that Royal expected its ships to be at 100% capacity in its “core markets” by year’s end.

However, he added, that road has a lot of potholes and detours.

“We have to continue to champion the industry,” Donald said, stressing that stakeholders must request that cruising is “treated similarly to other forms of travel and leisure.”

“We’re not through this yet,” he added. “We’re still constrained in a lot of ways, and there are still destinations with extreme restrictions. We have to keep the communication pressure up so that we have the opportunity to continue to do what we do well and do it in a way that serves the best interest of public health.”

The occasion also marked Seatrade’s return to the Miami Beach Convention Center and its first in-person event since 2019. The hybrid event had a trade show floor, and streaming was available for panels and press conferences.