The movie-themed TCM Classic Cruise is making a comeback.

Turner Classic Movies this week announced it would bring back the concept in late 2019 after a three-year hiatus.

The network said its first movie-themed cruise since 2016 would kick off on Oct. 22, 2019 in New York and take place on Disney Cruise Line’s 1,754-passenger Disney Magic. It’ll be a five-night trip to Bermuda and back.

As with five earlier TCM cruises, TCM’s Ben Mankiewicz will lead the voyage and be accompanied by classic film stars who will be announced at a later date.

The voyage will feature classic movie screenings, panel discussions with the film stars and trivia contests. Fares start at $1,745 per person, based on double occupancy. Lower rates are available for three or more passengers sharing a room.

The announcement comes as the network prepares to celebrate its 25th anniversary.

“We felt this landmark anniversary was the perfect time to re-launch this immersive, curated and engaging fan experience,” TCM executive Jennifer Dorian said in a statement.

RELATED:  ‘Frozen’ fun on a Disney cruise in Norway 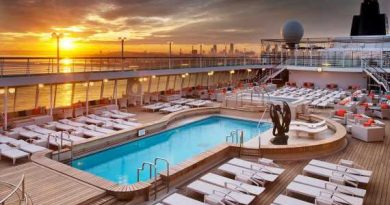 As demand for river cruises rise so do options