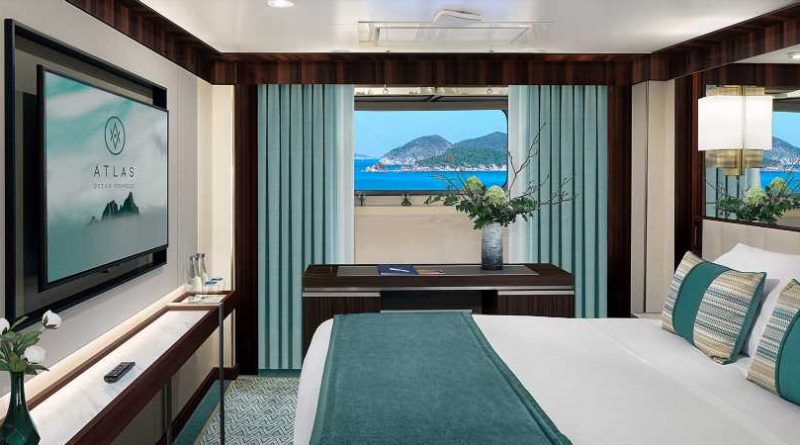 Solo cruising is about to get a major upgrade on Atlas Ocean Voyages.

The cruise line just unveiled its first Solo Suites – 183-square-foot escapes that travelers won't have to pay extra for to get all to themselves. Each suite comes with a queen-sized bed, television, desk, mini fridge, and en suite bathroom featuring a rainfall shower. Most suites also have balconies from which to enjoy the expansive ocean views.

Atlas' Solo Suites are on board the new World Navigator, which is scheduled to make its debut in Athens in August. Solo travelers will be able to book them without having to pay single supplements beginning in late March 2022, when the ship is slated to sail in South America.

Single supplements are typically added to solo cruise fares for booking a space designed for more than one person. This additional fee can add anywhere between 10% and 100% to the price of a ticket, according to Cruise Critic. On a luxury all-inclusive cruise line like Atlas, even a 10% fee can add thousands to a bill.

In a statement, Atlas Ocean Voyages president Alberto Aliberti described the company's move to eliminate single supplements as "another example of how [they] are catering to the new lifestyles and preferences of the modern luxury traveler."

In addition to saving money, solo travelers aboard the World Navigator will be able rest easier knowing they're on a vessel that's better for the environment. The World Navigator consumes just one-fifth of the fuel required to operate a conventional cruise ship, making it quieter and less obtrusive to the wildlife it encounters in the water.

The ship is also smaller than the behemoths that have come to dominate cruising. The World Navigator has just 100 suites, giving it a maximum capacity of 196 passengers and the ability to maneuver into some truly gorgeous ports that are inaccessible to larger ships.