Viking River Cruises may be known for small-vessel, luxury sailings down some of the world’s most acclaimed inland waterways, but it’s not stopping there.

With departures now operating throughout the world—from Europe and Scandinavia to North Africa, to , Asia and the —Viking isn’t limiting itself to rivers alone.

Several of its signature itineraries span not only famous inland waterways but seas and open oceans. Its innovative “Ocean & River Voyages” feature the best of Viking’s award-winning river and ocean cruises combined into one seamless itinerary,

Like many of Viking’s voyages, guest aboard this immersive journey will unravel the annals of history, visiting key areas of Scandinavia and that shaped the Vikings’ history. The journey begins in historic Bergen, Norway, a city with deep Viking roots, then carries on to explore the country’s dramatic fjord landscapes along a coastal route on an ocean-going vessel. Cruise-goers will be stopping along the way in historic towns and at several UNESCO sites, such as history-rich and , a city brimming with scenic beauty and Viking heritage.

Then, from the seaside village of Skagen, Denmark, passengers will traverse the North Sea south to Amsterdam, The Netherlands, where they’ll set off on the second leg of their journey by river, witnessing Holland’s famous windmills and waterworks in Kinderdijk, The route provides an intimate view of the turreted fortresses, grand cathedrals, historic cities, medieval towns and spectacular scenery of the Middle Rhine—a UNESCO World Heritage Site.

Stops include , , rich in Roman heritage, as evidenced by ancient ruins that lie scattered through the town, ’s Black Forest and ’s multicultural . The trip concludes in cultured , gateway to the Swiss Rhineland, as it’s situated at the point where French, German and Swiss borders meet. 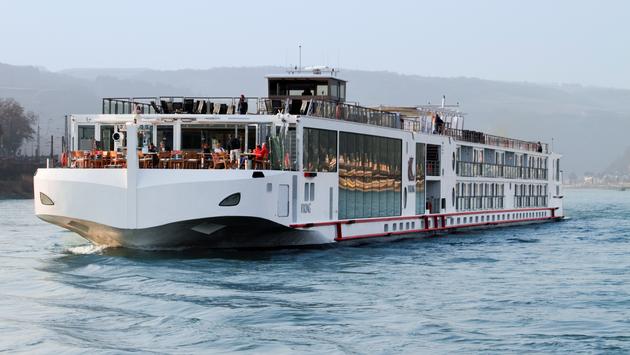 This combination ocean-river cruise offers an extensive exploration along the path of history’s great Viking explorers, taking guests on a journey from the British Isles all the way to the .

Setting out from London, passengers will cruise the English Channel into the Celtic Sea, to Ireland, Wales, Scotland’s highlands and its remote Shetland Islands, where guests can try their hand at rowing a replica Viking longship, exploring evidence of the Vikings’ presence in each location. From there, they’ll sail the to the Nordic isles, where mighty Norse chieftains once ruled and the Viking explorer Leif Eriksson embarked upon his famous journey.

The ship will follow in Eriksson’s footsteps, as it sails across the Labrador Sea to . There, voyagers will explore the Viking settlements of North America and learn about the adventures of these great seafaring warriors, uncover cultural clues as they sail inland along the St. Lawrence River and back to the coast of Nova Scotia, before finishing out their journey with stops in Boston and New York. 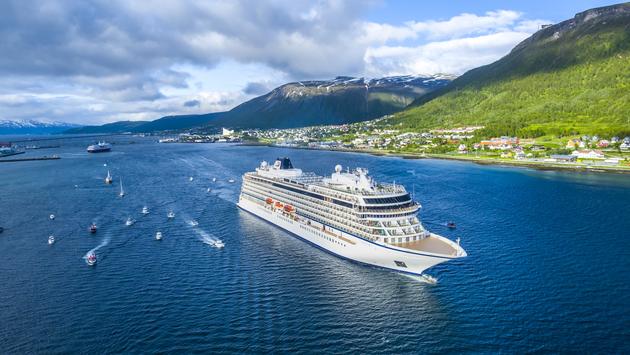 Starting in Venice, Italy, and touring through Croatia, Montenegro, Greece and Turkey, passengers will discover a wealth of historic and cultural treasures—from the ruins of the age of antiquity and pre-Romanesque architecture to medieval and Gothic structures that are yet standing. The most famous remnants of ancient , including the Hellenic Parliament, Syntagma (Constitution) Square, the Panathenaic Stadium, the and the iconic Acropolis are all on the itinerary.

Stopping in Heraklion and , travelers will be introduced to vestiges of the ancient Minoan civilization, the Venetian Empire and the legacy left by medieval Crusaders. The remarkably preserved structures of the UNESCO World Heritage Site at , hint at the city’s glory in the days of Alexander the Great and the Roman emperor Augustus. Finishing in , visitors can experience the cultural richness of this age-old city where Western civilization begins to mingle with influences from Asia and the .

Restored paddlewheeler to do riverboat tours in New Orleans

Dordogne flaunts historical castles and vineyards that roll on forever

How This Boomer Made Peace with Traveling with Millennials
We and our partners use cookies on this site to improve our service, perform analytics, personalize advertising, measure advertising performance, and remember website preferences.Ok