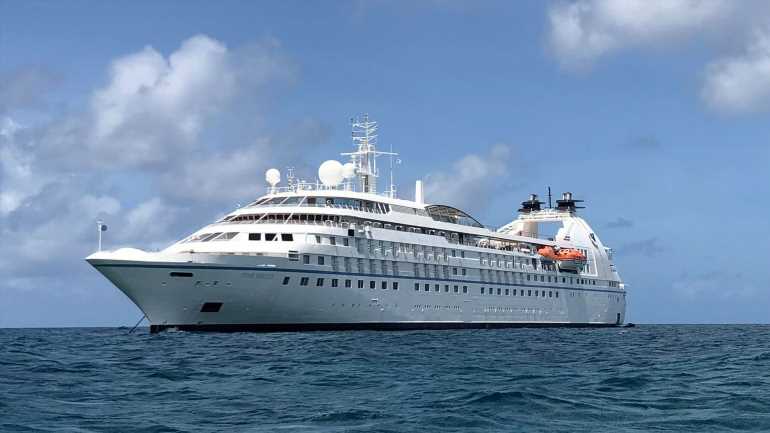 Windstar Cruises launched a new ad campaign today with the tagline “The Wind and Stars Know the Way.”

The campaign aims to position Windstar as a “unique small-ship cruise product” and more clearly convey the two types of vessels the company operates under one definable brand experience.

Windstar’s fleet consists of what it calls three Wind Class yachts and three newly renovated Star Plus class all-suite yachts. The line said that the words “stars” and “wind” in the campaign materials are meant to form the brand name, but also provide that distinction.

“We believe in giving guests the power to choose how they sail and then delivering the benefits of small-ship cruising in ways that boldly claim a competitive advantage,” Windstar president Christopher Prelog said in a statement.

Prelog said the campaign shares “the personalized approach and perspective each of our ship classes inspire, including visualizing key off-ship and onboard attributes of Windstar, such as feeling like you’re on your own private yacht with only 148 to 342 guests on board.”

Prelog said the messaging will resonate with existing guests who know the brand well and will inspire potential new customers and convert them into first-time Windstar cruisers. The new messaging will appear in print and digital ads, social and video, as well as on Windstar’s website.