Home » Destinations » 7 Amazing Towns of US Sport Legends Worth Visiting

Sports fans love their heroes and legends. We cherish the stories of their struggles, triumphs, and journeys to greatness.

But it’s even better when we can road trip to the wonderful towns that pay homage to their greatness, character, and the game they loved.

Here are just a few of these champions, their towns, and their amazing stories.

George Herman “Babe” Ruth was born in Baltimore, Maryland in 1895. The family rowhouse on Emory Street was leased by Babe’s maternal grandfather who made his living as an upholsterer.

Just three blocks from Oriole Park at Camden Yards, the rowhouse is easy to find as it’s now home to the Babe Ruth Birthplace and Museum. Just follow the 60 baseballs painted on the sidewalk from the Babe Ruth statue at the ballpark.

The museum memorializes the life and times of Ruth, who was not only Baltimore’s native son but America’s first true sports celebrity and international icon.

Visitors to Baltimore can catch an Oriole’s game at Camden Park when baseball returns to normal. 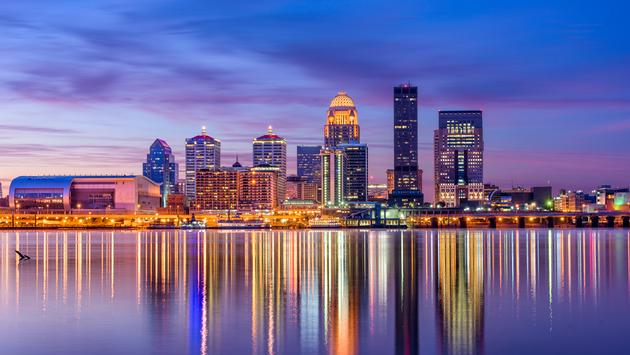 Heavyweight boxer, philanthropist, humanitarian, and civil rights leader Muhammad Ali, born Cassius Marcellus Clay, Jr. in Louisville, Kentucky in 1942, began his training at the age of 12. His blinding speed and super agility made him king of sting inside the ring earning him the nickname “The Greatest.”

Widely regarded as one of the most significant and celebrated sports figures of the 20th century, Ali is honored by his Kentucky hometown with the magnificent Muhammad Ali Center.

The multicultural facility and award-winning museum are dedicated to the life and legacy of Ali with impressive exhibits and galleries. In addition, his gravesite in the city’s historic Cave Hill Cemetery contains two granite benches where visitors can sit and reflect on Muhammad Ali’s greatness and his many gifts to mankind spread over the span of his lifetime.

Visitors can also enjoy some of Louisville’s other famous treats – its amazing bourbon, delectable twists on Southern cuisine, and its impressive thoroughbred horseracing legacy. 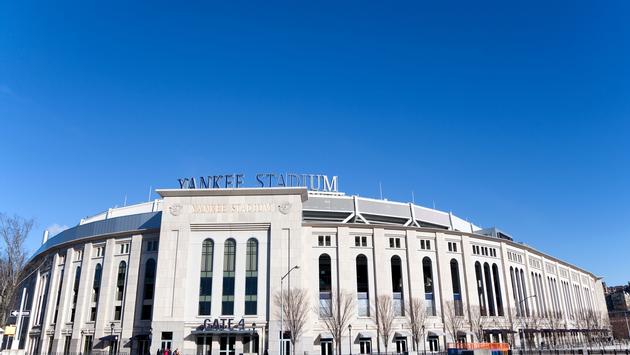 A monument in Henry Louis Gehrig’s honor currently resides in Monument Park at Yankee Stadium celebrating one of the finest baseball players to ever grace the diamond.

His incredible Hall-of-Fame career with the New York Yankees was tragically cut short after he developed amyotrophic lateral sclerosis, better known as Lou Gehrig’s disease. He died at just 37 years of age, though what the “Iron Horse” as he was affectionately called accomplished during his 17 seasons as a Yankee is nothing short of phenomenal.

Gehrig resides today with Babe Ruth at the very top of the pantheon of Yankee heroes and was the first athlete of any sport to have his uniform number retired – the famous number 4.

And who doesn’t love New York City with its unending list of things to see and do? The Big Apple has it all – Broadway, renowned museums, iconic buildings, fascinating history, and iconic foods from all over the world.

No, there isn’t a museum named after him (well, not yet), but New Orleans is the hometown of one of the NFL’s greatest quarterback families of all time – the Mannings.

Here is where Peyton Manning and his brothers grew up as his father Archie established the family legacy playing for the New Orleans Saints. Peyton’s parents still live in the very same house in New Orleans’ picturesque Garden District.

Peyton played 14 seasons with the Denver Broncos and four with the Indianapolis Colts before hanging up his jersey for good in 2016. Though he resides in Denver, he still frequents New Orleans, appearing at Mardi Gras parades, and just recently donating 1,000 meals to healthcare workers in the area.

Domilise’s Po-Boys & Bar is a favorite Peyton hangout, and even when he’s not physically there, his presence is everywhere, in pictures and photographs. And it’s pretty safe to say that the entire Manning family is frequently spotted at Manning’s family restaurant owned by Archie Manning. 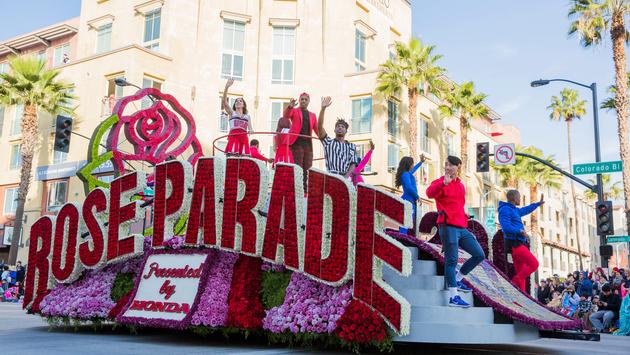 Though Pasadena, California is most renowned for its historic Rose Bowl Parade and stadium, it was also home to one of major league baseball’s all-time greats. Jack Roosevelt Robinson broke the baseball color barrier when he became the first African American to play in Major League Baseball. His fabulous career began as starting first baseman for the Brooklyn Dodgers in 1947.

Jackie was born in Cairo, Georgia in 1919 to a family of sharecroppers; his mother Mallie Robinson single-handedly raising Jackie and her four other children. She moved the family to Pasadena where Jackie later became the first athlete at UCLA to varsity letter in four sports: baseball, basketball, football, and track.

Jackie’s boyhood home is located on Pepper Street, and his legacy and love of the game is celebrated with the San Gabriel Mountains as a magnificent backdrop just outside the Rose Bowl Stadium. Here, a bigger-than-life bronze model honoring number 42 was unveiled in 2017, as the location’s first-ever commemorative statue.

In addition, Jackie and his brother, Olympic great Mack Robinson, are memorialized in two bronze portrait busts located across from City Hall in the heart of Pasadena. 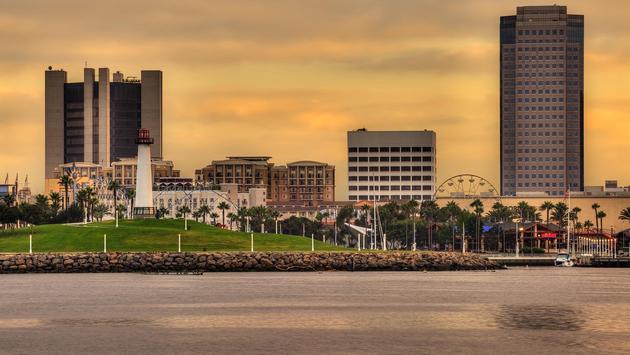 Best known for her “Battle of the Sexes” match against fellow tennis pro Bobby Riggs in 1973, Billie Jean King defeated Riggs in three straight sets before 90 million worldwide viewers in the Houston Astrodome. She’s also heralded as one of the top tennis players of all time.

The historic match not only exposed more sports fans to the game of tennis but played a significant role in developing greater respect and recognition for female athletes.

The Billie Jean King National Tennis Center in Long Beach, California is a premier eight court tennis facility, and part of the City of Long Beach Department of Parks, Recreation, and Marine. Other Long

Beach offerings include fun eclectic neighborhoods, a vibrant water scene, delightful Aquarium of the Pacific, and the former 1930s cruise liner Queen Mary, now a hotel and restaurant rumored to be haunted. 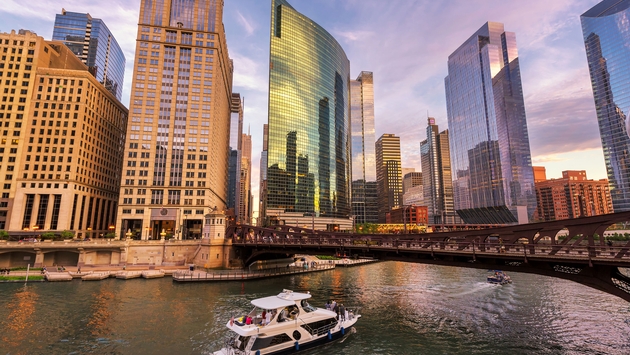 Walter Jerry Payton, affectionately known as “Sweetness” was an all-star running back for the Chicago Bears for 13 seasons. A nine-time Pro Bowl selectee, he was known as a prolific rusher, with a myriad of career records to his name, and remains one of the most beloved players of the NFL.

After struggling with a rare liver disease, he died at the early age of 45. His legacy lives on through the Walter Payton Man of the Year Award and his historic championing for greater organ donation awareness.

In 2019, an imposing 12-foot-tall, 3,000-pound statue of the Hall of Famer was unveiled at Chicago’s Soldier Field, immortalizing this famous and highly revered Chicago Bear.

Chicagoans will also remind visitors not to miss their other magnificent sites – Navy Pier, Art Institute of Chicago, Gangsters and Ghosts Tours, and day cruises along the Windy City’s stunning Lake Michigan waterfront.

And don’t forget to experience another Chicago tradition, the delectable Deep-Dish Pizza.

Take a trip back in time to a hotel stuck in 1930s – with no phone signal
We and our partners use cookies on this site to improve our service, perform analytics, personalize advertising, measure advertising performance, and remember website preferences.Ok