“We’re a unique adventure with a Southern accent and a whole lotta charm” is how our trolley driver proudly described his hometown of Little Rock.

Little Rock, the capital of Arkansas and its most populous city, maintains a throwback small town appeal with gracious southern hospitality and culture. Nestled along the banks of the Arkansas River, Little Rock is teeming with museums, bars, theaters, eclectic shops and restaurants. Fascinating elements of history ooze from its pores.

The town is so ripe for discovery that it seems there’s a surprise waiting at every turn. One unexpected pleasure is that many of Little Rock’s attractions are free, including its downtown trolleys.

One visit and we wondered why we waited so long to come. Why? Because these are just some of the many delightful finds we discovered on our recent weekend getaway.

The heart of Little Rock’s downtown lies in its bustling River Market. Downtown dwellers and visitors congregate in Ottenheimer Market Hall, packed with vendors serving up some of the city’s most delightful cuisine.

Every Saturday, The Farmers’ Market encompasses the River Market’s two outdoor open-air pavilions overlooking Riverfront Park and the Arkansas River. Locals sell their farm-fresh produce along with a bountiful array of prepared cottage foods, and handmade arts and crafts.

Arkansas’ colorful history is displayed in all its glory at the Old State House and Museum. Constructed in 1836, the majestic Greek Revival structure was the backdrop for President Clinton’s 1992 and 1996 election celebrations. It was here that two legislators engaged in a fatal knife fight during the 1837 inaugural session. From this same state house, location legislators voted twice to secede from the union.

The museum showcases Arkansas history from statehood to the present in several diverse exhibits ranging from magnificent quilts made by African-American women to the inaugural gowns of Arkansas’ first ladies. 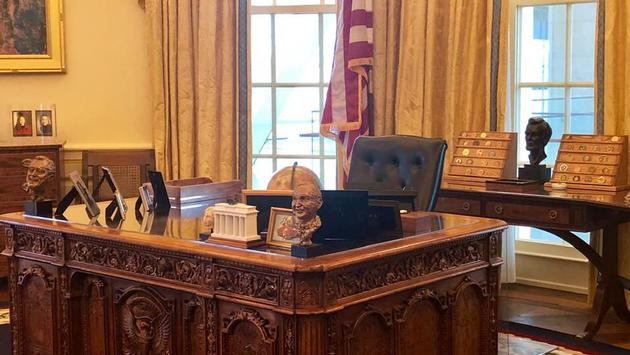 U.S. presidential libraries throughout the nation promote the understanding of our nation’s presidency and the American experience. And so it is with the William J. Clinton Presidential Library in Little Rock.

Exhibits in the library overlooking the Presidential Park pedestrian bridge feature the Presidential Limousine and numerous election displays and paraphernalia. The library provides a captivating film about the Clintons along with an impressive re-creation of the two-term President’s Oval Office. 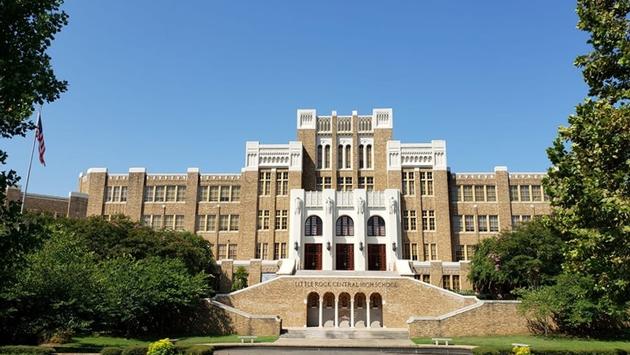 One of the most emotional and thought-provoking experiences in the city can found at Little Rock Central High School. Over 60 years ago the Little Rock Nine walked through its doors during a tense racially-charged era representing the first crucial steps toward school integration. They were the first African-Americans to attend the previously all-white high school. Their steadfast determination and bravery helped propel the Civil Rights Movement throughout the South.

Now designated a National Historic Site, Little Rock Central is one of the top 10 destinations of the U.S. Civil Rights Trail, spanning more than 100 locations across 14 states and the District of Columbia.

Ranger-led tours take visitors into the still fully-functioning high school during an actual school day. The Visitor Center features poignant photographs and displays along with a compelling video experience. Word of warning: have tissues on hand. You’ll understand why after your visit.

In 1939, four aged, shabby and rustic structures were discovered in a rundown area of Little Rock. They were found to be some of the state’s oldest buildings. Local resident Louise Loughborough started a one-woman campaign to preserve the historic block. Her efforts were successful in establishing the Historic Arkansas Museum in 1941.

The outdoor structures and indoor museum offer a glimpse into Arkansas’ rough and tumble frontier days along with an introduction to some of Arkansas’ most fascinating figures. 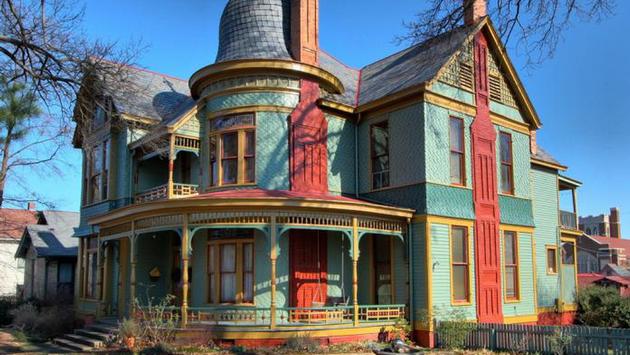 Built in 1876, the Capital Hotel has served as Little Rock’s welcoming front porch for over 140 years. This stately hotel is infused with many myths and legends due to the many prestigious guests who’ve walked through its doors.

Housed in an old capital building, the luxury establishment has been designated as one of the Historic Hotels of America, hosting famous clientele like President Grant and President Clinton. Rumor has it the hotel is often visited by the ghost of a laborer and young woman who tragically fell to her death here.

Featured in the opening scenes of the Academy-award winning 1939 classic Gone with the Wind, The Old Mill at T.R. Pugh Memorial Park in North Little Rock is said to be the only surviving structure from the iconic 1939 film. It’s also known as one of Arkansas’ best attractions.

Built in 1939 and listed on the National Register of Historic Places, the rustic grist mill was created to resemble old Arkansas mills as a tribute to its pioneers. Surrounded by a magnificent park and lake, the mill, with its tree-lined flower-filled grounds, is a relaxing and fascinating place to explore.

Food lovers will find no problem pleasing their palate in Little Rock. From Southern comfort foods to cutting edge artisanal fare by new-age award-winning chefs, it’s not hard to find some great places to dine.

Located on the ground floor of the Clinton Presidential Library, 42 Bar and Table offers an internationally focused menu. Not only are the views of the Arkansas River and historic pedestrian bridge impressive, but so is the food. We loved the Sesame Crusted Yellowfin Tuna Salad with baby kale and arugula, shredded Brussels Sprout slaw, chili-roasted edamame and julienne red bell peppers tossed in a candied garlic vinaigrette and garnished with burnt peanuts and Asian chili oil. 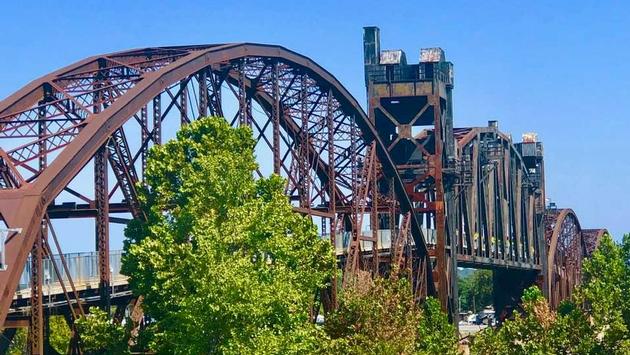 Ask a local where to dine and you’re sure to get many recommendations for Samantha’s Tap Room & Wood Grill. The only Arkansas restaurant to have both beer and wine on tap, Samantha’s also serves up some stellar cuisine prepared on its impressive woodfired grill.

The hip eatery features communal shared dishes, salads, soups, sandwiches, steaks and seafood entrees. One of my favorites was the wood-fired Grilled Gulf Shrimp with a side of creamy Sour-Cream Scallion Mashed Potatoes.

There’s always a crowd at Flying Saucer Draught Emporium, the popular River Market hangout with almost 200 beers (including 75 on tap) and an extensive menu with a touch of German fare. Items include sandwiches, pizza, salads and bar appetizers. It’s a perfect venue for family and friend gatherings.

The eatery with hundreds of saucers hanging on walls around the restaurant has been named the Best Craft Beer Bar in Arkansas. In addition, Little Rock is widely known for its queso dips and guaranteed Flying Saucer’s version will please any fan.

Little Rock’s Southern charm and compelling history pay homage to the adage that sometimes the best things in life are unexpected surprises.