If you thought the dusty souks and fragrant markets of Marrakech were a universe away from the haute couture world of Paris’s catwalks and polished showrooms in the 16th arrondissement, then you evidently haven’t spent much time exploring the extraordinary life of Yves Saint Laurent.

The designer, who not only inspired generations of style icons but also empowered a whole wave of women,l died in 2008, but a newly opened museum in the Moroccan city keeps his memory alive by paying tribute to his achievements in the most vibrant and elegant way.

Perched on the edge of the luscious Jardin Majorelle, the museum – which opened in October 2017: one of two new spaces that exclusively celebrate the work of the Algerian-born couturier – is bound to catch any passerby’s attention.

Stark terracotta walls embellished with intricately designed brickwork house a small courtyard through which visitors enter the main building. Inside, a dark room gently guides you into Saint Laurent’s often mysterious existence with a timeline of his eventful, sometimes tumultuous and evidently not always easy life.

Stretching across a long wall, the chronology is illustrated with fantastic images of the designer, his notable campaigns, muses, and other inspirations.

Some of the snapshots are unapologetically glamorous depictions of icons like Claudia Schiffer and Catherine Deneuve, flaunting his best known pieces: chic, fitted trouser suits with plunging necklines and signature exaggerated shoulder pads, or extravagant robes in gaudy colours of decadent velvet and silk.

But others capture the grandee of fashion during what appear to be more intimate moments: offguard and glancing over his shoulder during a moment of deep contemplation. 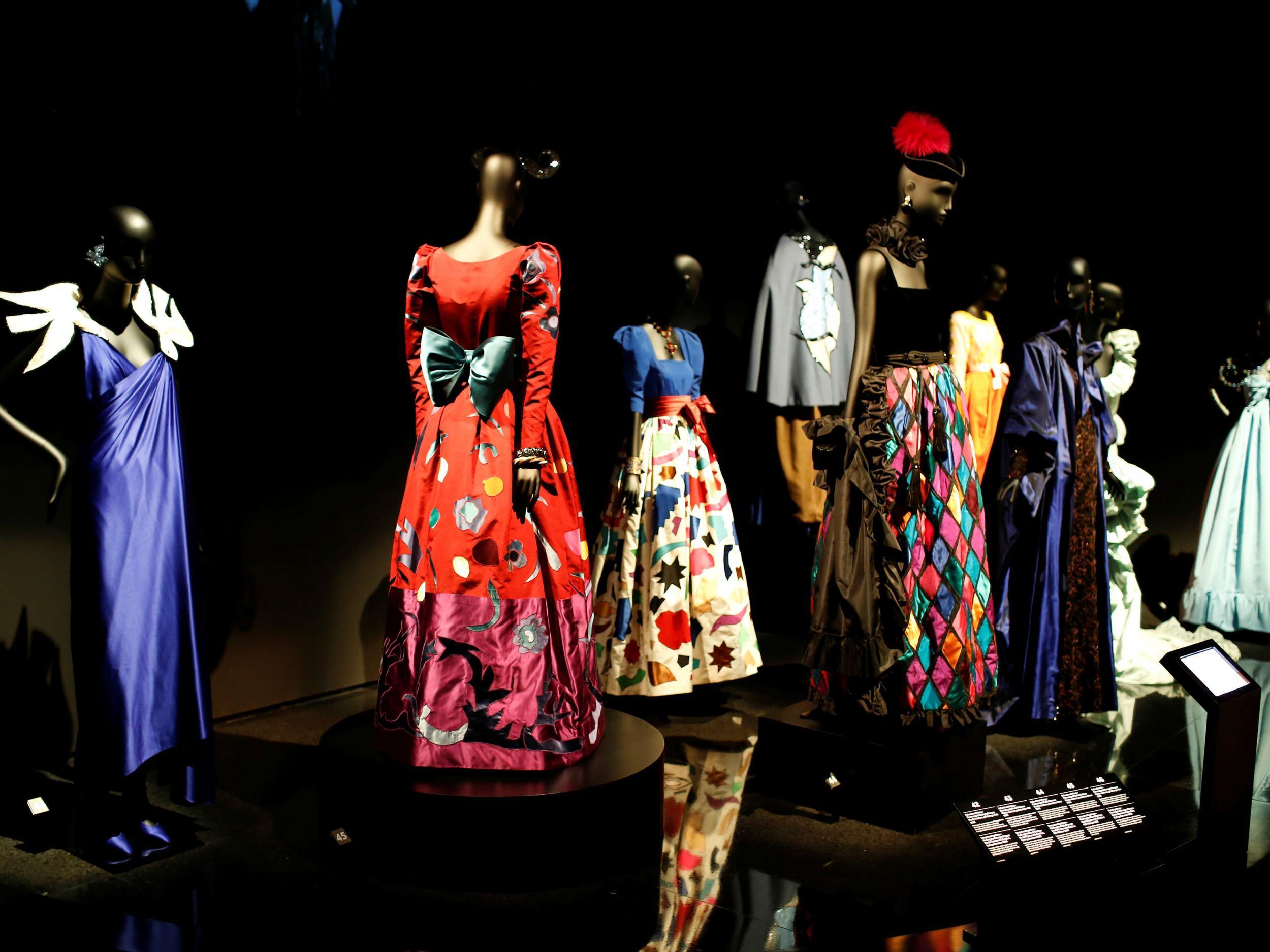 The rest of the room is teeming with mannequins showcasing the impressive variety of the designer’s ever-changing tastes and preferences. Playful A-line dresses inspired by Dutch artist Piet Mondrian hark back to the early years of Saint Laurent’s career, shortly after he was fired by fashion house Dior – which in turn encouraged him to establish his own label with life partner Pierre Bergé.

Other pieces are plucked from his pret-a-porter collection – at the time, a revolutionary stab at democratising high fashion. His Le Smoking tailored tuxedos for women feature prominently. Was Yves Saint Laurent perhaps the first male fashion designer to truly celebrate female sexuality and power in a gracious and – beyond anything else – profoundly respectful way?

It leaves you in no doubt that Saint Laurent was not only a mastermind of his craft, but a brave and provocative trailblazer for the industry, who was not afraid of standing out in whatever he did. 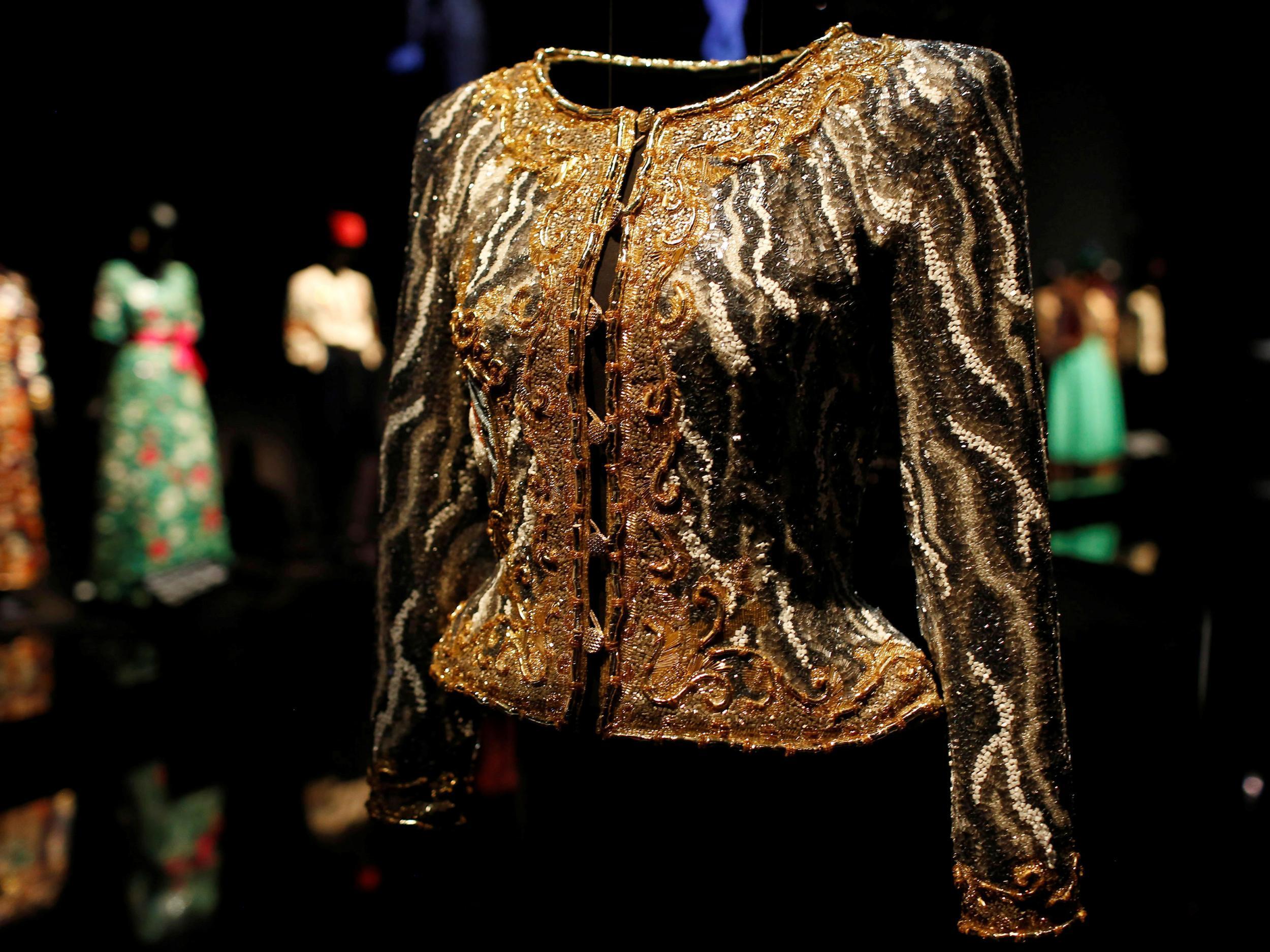 Towards the exit, a glass vitrine pays tribute to the accessories and jewellery that Saint Laurent created to complement his garments. Most are just as striking as the clothes. Delicately embroidered gloves sit next to pillbox hats with silk taffeta bows, necklaces and bangles with theatrically-oversized rhinestones, and brooches that, in and of themselves, would serve as showstoppers at any gala or event.

As ever, though, visitors are also reminded that Saint Laurent’s designs are intended to celebrate the female body rather than restrict, objectify or even just prettify it. “I see a belt as jewellery,” a quote by him next to one of the items reads. “Not something to tighten the waist.”

Far from an expert on the world of high fashion, I visited the museum – which, poignantly, opened a few months after Bergé’s death – on a whim during a Marrakech weekend.

At best, I hoped it would provide some light entertainment on an overcast January morning, but I was struck by how accessible the exhibition makes Saint Laurent’s life and the empire over which he temporarily reigned – even to a novice like me. 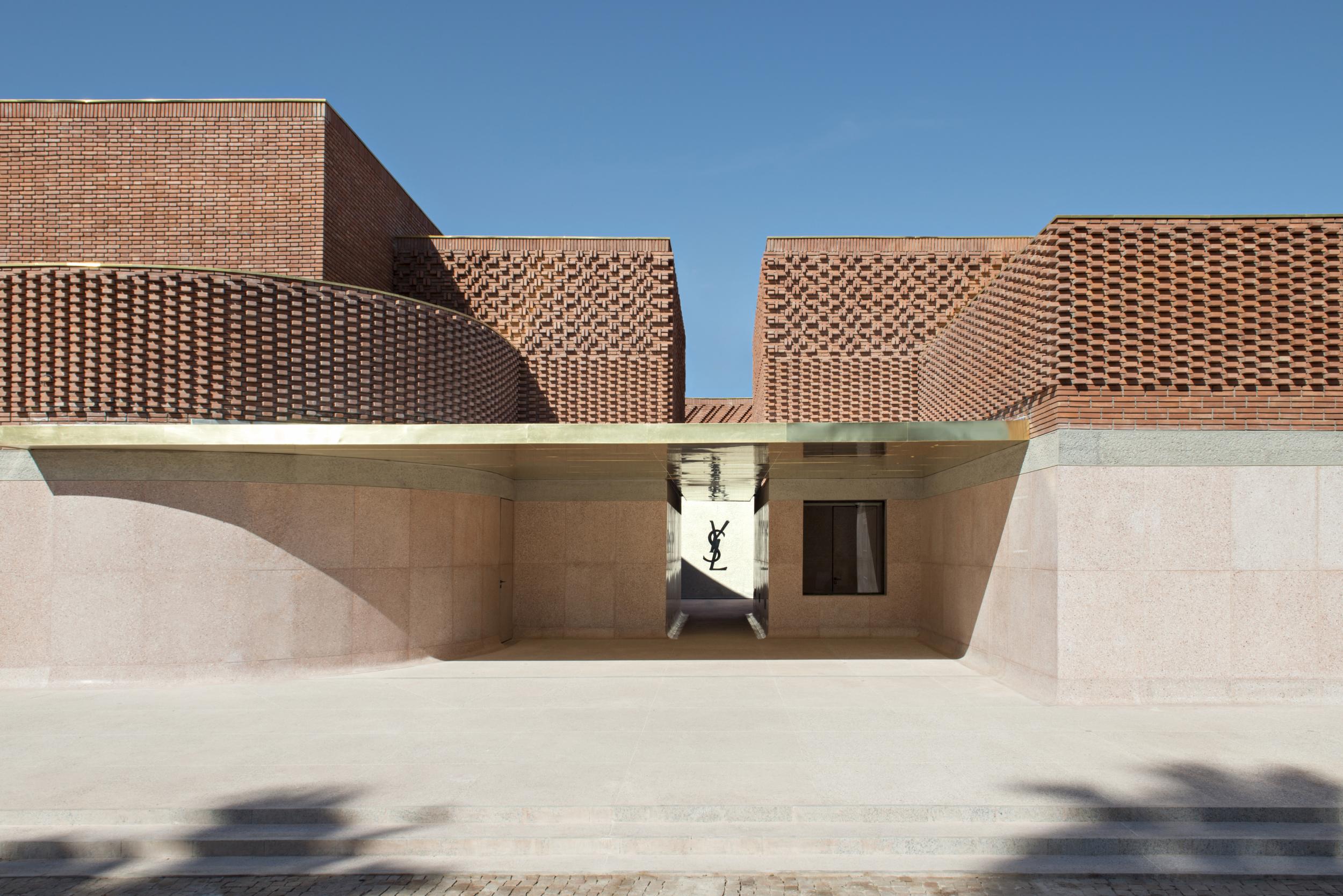 It makes sense of why Marrakech played such a pivotal role in Saint Laurent’s career – he bought a house here in 1966, and spent a lot of time here – and how the deep history and traditions served as a rich reservoir of inspiration for him.

Unlike other exhibitions, it doesn’t overwhelm. Instead, it’s digestible in scope and size, giving each design and image space to breathe and resonate. A short film about the designer’s life provides a neat overview of his accomplishments, without appearing overly commercial.

After the museum, I took a stroll around the Jardin Majorelle. Named after their creator, French artist Jacques Majorelle, the gardens are full of shady passageways, burbling streams, ponds scattered with water lilies and orchards, and dozens of cactii. Bergé and Saint Laurent came here on their first visit to the city.

“We quickly became very familiar with this garden, and went there every day,” Bergé later wrote. “It was open to the public, yet almost empty. We were seduced by this oasis where the colours used by Matisse were mixed with those of nature.

“When we heard that the garden was to be sold and replaced by a hotel, we did everything we could to stop that project from happening. This is how we eventually became owners of the garden and of the villa. And we have brought life back to the garden through the years.” The pair bought the garden in 1980.

Fashion may primarily be what we have grown to know and appreciate Saint Laurent for, but far beyond that, he was clearly a connoisseur, a celebrant and to an extent even a saviour of all things beautiful. A near decade after his death, here in Marrakech, his legacy lives on more vividly, dynamically and enchantingly than ever.

easyJet flies to Marrakech from Gatwick from about £160 return.