Home » Destinations » Africa » The marvels of the Masai Mara

“Feel free
to tell me at any time if you want to go and check the tire pressure at the
back of the car.” This is how the Sanctuary Olonana game ranger Benson laughingly
reminded me that my adventure had begun in the true African
wilderness of the Masai Mara.

Although
it took me quite some time to get used to the idea of “checking the tire
pressure,” and I vastly preferred the stops at various lavatory facilities
along the way, Benson’s little tips and advice on how to navigate (or survive)
the wilderness was what made the trip truly unforgettable.

“What
you’ll see now is some of the craziest behavior you’ll ever see,” he warned me
before arriving at the Mara River, where the wildebeest were expected to cross
at any moment. I soon came to realize that Benson was not referring to the
hundreds of wildebeest in the midst of the Great Migration but rather to the
dozens of cars, ready to pounce and lurch forward as soon as the first
wildebeest hesitantly approached the river.

Although
the lineup of overeager rangers in big 4×4 vehicles cutting off the migration
on numerous occasions put a damper on this spectacular experience, Benson
showed me a very different side of the migration, as well. He took me to the
open savannah plains where I watched hundreds of wildebeest grazing, playing, mating
… with not another car in sight.

Strangely,
it wasn’t the sight of this much-publicized ‘wonder of the world’ that took my
breath away, it was the cacophony of sound produced by the wildebeest gurgling
and grunting. Even when we set up camp away from the migration for lunch under
an acacia tree, the sound of the wildebeest still reverberated through the air.

Wildebeest
aren’t the only wildlife seen during the Great Migration. Lions, elephants,
rhinos and antelopes are also abundant in the Mara during this time of the
year. After lunch, I witnessed a large family of lions with at least 10 cubs
walking toward our car, the cubs curiously trying to catch a glimpse of the
strange animals inside the vehicle. Minutes later, we saw a family of elephants
happily trekking along the landscape.

However, as
much as I loved the wildlife experience in Kenya, it is the people who made the
trip stand out. The clash between modern life in Africa and traditional ways of
life that are still very much ingrained is striking for Western visitors.

The
youngsters in the local village next to the Sanctuary Olonana lodge where I stayed, for
example, have all adopted some modern ways of life and are proudly sporting the
latest sneakers. However, they also take pride in their traditional hairstyles
and their dances, and they are astoundingly skilled at making fire, something
most Western kids wouldn’t even know how to contemplate. 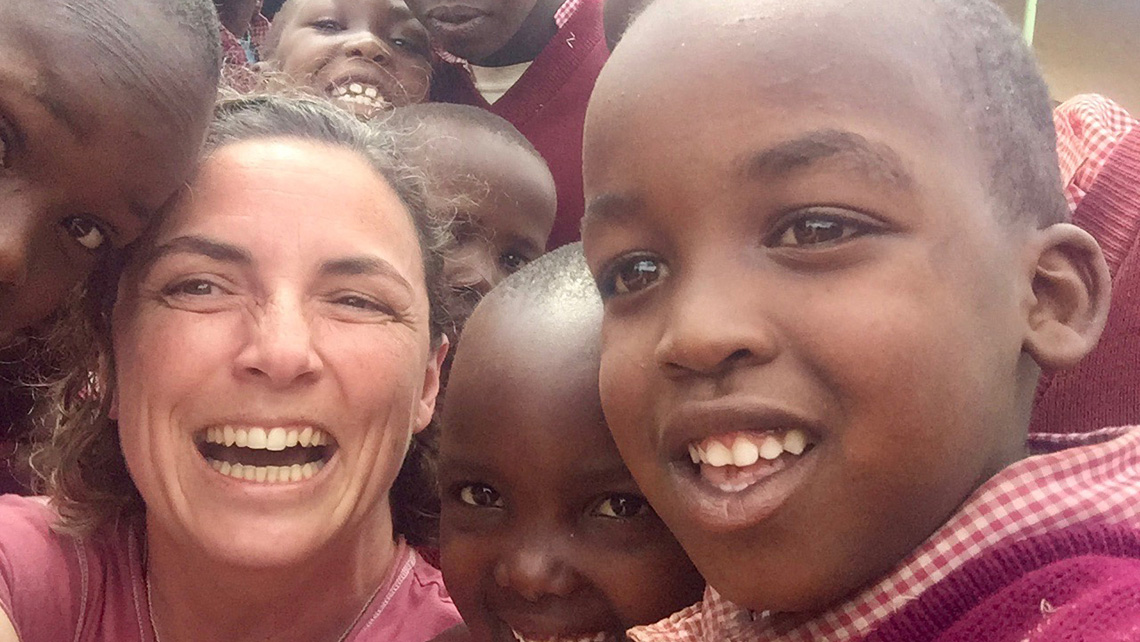 Even as a
visitor, it’s all about balance. When I visited the local village, I politely declined
to try the concoction of cattle blood and milk they called “strawberry juice”
but happily participated in the dances and songs as a fun way to explore a
different culture.

However, it
was in the conversations that the real exchange between cultures took place.
The chief of the village told me that the fact that the local kids now get a
school education has drastically changed their way of life. He thought back to a
time where it was the mother of the household alone who decided about the
future bride for her son. Now, the kids themselves have a say over their future
spouse, even though choosing a wife from the same village is still
unacceptable. Female circumcision is also forever a thing of the past, the
chief proudly told me.

Eager to
know more about the education system that brought about such positive changes in
this culture, I asked the lodge to arrange a trip to the local school. The kids
at the school were fascinated by visitors and couldn’t get enough of taking
selfies with my cellphone. Their head teacher, Jacqueline, told me that she
decided to start a school with just 20 kids under a tree because she felt that
walking close to 10 miles to school was just too much for the little ones. Today the school
has over 200 kids who get a healthy lunch every day, sponsored by Sanctuary
Retreats.

When it
comes to accommodation on safari, I usually don’t mind “roughing it.” I love
feeling in touch with nature and tend to place a much higher importance on the experiences
the trip brings rather than on the sleeping arrangements. However, coming
“home” to the newly refurbished Olonana Sanctuary Retreat can be called an
experience in itself. 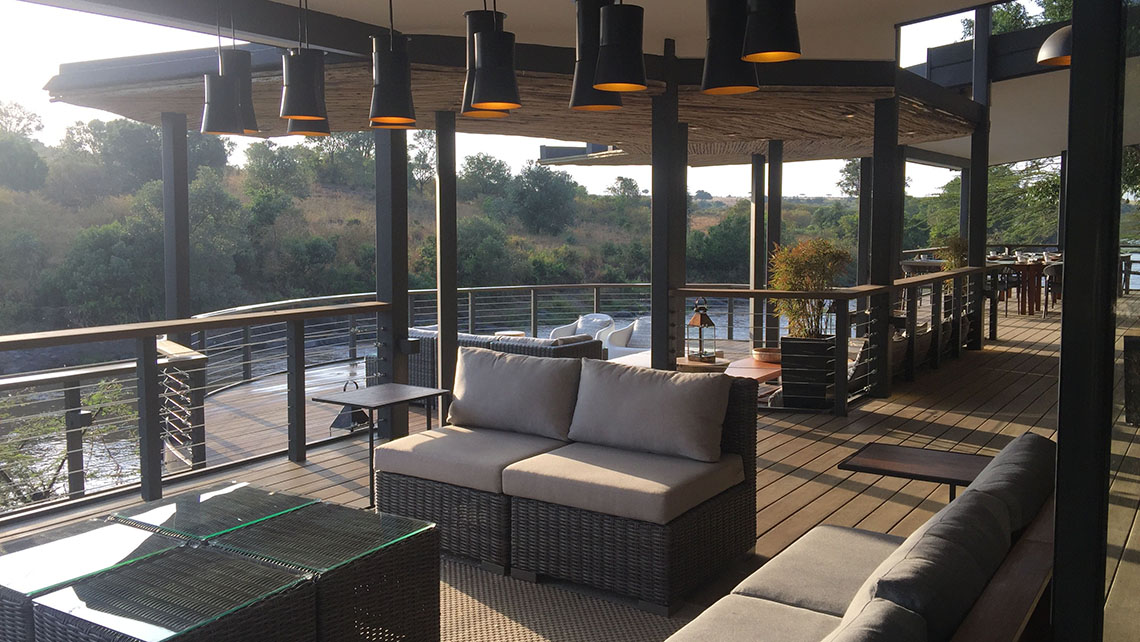 The friendly
staff welcomed me after a long day of exploring with a drink and a
refreshing wet towel. Even after one night the barman already knew my favorite
drink, although he also convinced me to try the local Minde Dawe, which is
truly delicious and should definitely be tried while sitting next to the open
fire discussing wildlife viewings with other guests.

Dinner,
prepared by Big John, was on a par with any Michelin-star restaurant and was
served in the completely refurbished main building, which resembles a
traditional Maasai home and mixes timeless traditional African elements with a
modern and contemporary feel.

Once
rustic canvas tents, the newly refurbished glass-sided suites are geared
towards luxury and relaxation. The rooms all overlook the Mara River with its
resident pod of hippos. The hippos will keep you company wherever you are: on
the daybed on the outside deck of your suite, in the bath, under the rainforest
shower or even in bed.