Alexandria Ocasio-Cortez is taking her Green New Deal global, winning the backing of more than 90 of the world’s biggest cities for a global version of her bold proposal to fight climate change.
To kick off their major summit this week, the C40 group of global mayors today announced their backing for a Global Green New Deal, which they said reaffirmed their “commitment to protecting the environment, strengthening our economy, and building a more equitable future by cutting emissions”.

The New York congresswoman said she was “inspired” by C40’s new commitment.

“If we work to join forces globally, we will be able to defeat our greatest threat and realise our greatest opportunity,” she said.

Which countries contribute most to the climate crisis?

China produces the most heat-trapping pollution, followed by the US. But historically, the US has contributed more carbon dioxide to the atmosphere than any other nation. The US also has high emissions per capita, compared to other developed countries. And Americans buy products made in China, therefore supporting China’s carbon footprint.

Ocasio-Cortez arrived in Copenhagen on Wednesday morning ahead of the seventh World Mayors’ Summit held by the C40 group of leading global cities, where she is scheduled to make a speech on Friday.

She immediately started posting videos of the city to her 4m Instagram followers.

The mayors group, representing more than 90 of the world’s biggest cities, also launched a blistering attack on the failure to agree strong measures to fight the climate crisis at last month’s UN Climate Action Summit, blaming “a small number of powerful governments serving the interests of the fossil fuel industry”.

“World leaders met in New York just last month and once again failed to agree anything close to the level of action necessary to stop the climate crisis,” the group’s chair, Anne Hidalgo, the mayor of Paris, said in a statement. 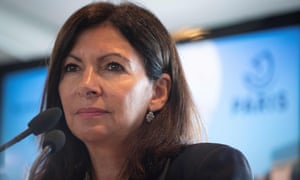 “Their ineptitude directly threatens all people around the globe as time keeps running against us.”

Mark Watts, the C40 executive director, told the Guardian that the leaders of the US, Brazil, Australia, Russia and Turkey were now “essentially representatives of the fossil fuel industry”, so it was important for “the next most powerful group of politicians”, the mayors of the biggest cities, to step up.

“It makes what we do even more important, because in the context of those really powerful nations not only holding back their own actions but blocking the whole of the United Nations, we’ve got to have momentum coming from somewhere else,” Watts said.

The conference gathers leaders from cities around the world for three days to share ideas on green urban development and how to pressure national leaders to act on the climate crisis.

The conference covers themes such as affordable housing, waste and climate migration. The city of Copenhagen, which has an ambitious plan to become carbon-neutral by 2025, is showcasing efforts such as apartments built with recycled materials and energy-efficient systems. 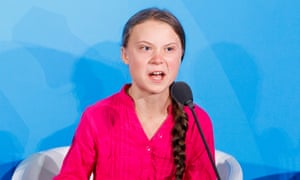 As they arrive at the summit’s opening ceremony on Wednesday evening, the mayors and their staff will nonetheless have to pass a “green illusions scanner” erected by the local green pressure group Klima Aktion DK.

Protesters will also carry binoculars to show that city leaders are being watched.

“The entire framework around the C40 has the wrong approach,” said Kirsten Kværnø, one of the organisers. “They’re taking the wrong starting point: that technology and green growth is going to save us from this crisis.”

Hidalgo said ahead of the conference that she supported the disruptive protests launched this week in London, Berlin and elsewhere by the protest group Extinction Rebellion.

Climate change and cities: a prime source of problems, yet key to a solution

“We are facing a climate emergency, and a growing number of people around the world, particularly young people, are treating it as such,” she said.

“We share their concern for the future of humanity, and we must push forward with courage and ambition to change the status quo that has generated this crisis.”

As well as mayors, Watts said this year’s summit would bring together “more of the genuine national leaders of youth climate strikes than ever before”, with youth activists from 30 different countries.

Welcome, watch or ban: how should cities deal with electric scooters?

Sweet Kandy is the heart of Sri Lanka