Home » Destinations » At long last, the U.S. will fund a high-ranking tourism chief 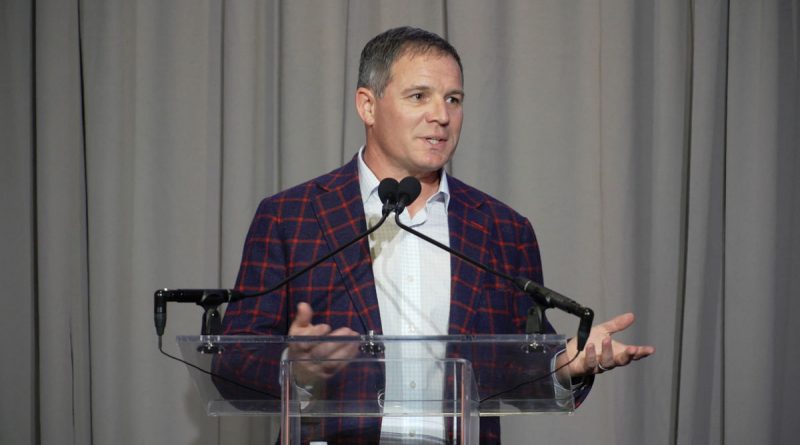 Tourism spending is higher in the U.S. than anywhere else in the world, but the U.S. has long been an outlier among nations with strong tourism revenues: Although most countries have ministers or secretaries of tourism, the U.S. has never had a senior government official overseeing tourism strategy.

That’s about to change. The massive omnibus spending bill that was approved by Congress on Dec. 22 includes the creation of an assistant secretary of travel and tourism within the U.S. Department of Commerce.

Sen. Jacky Rosen (D-Nev.) co-sponsored the Travel and Tourism Act, which included the new position, and said it would “coordinate a whole-of-government tourism strategy and take a number of other actions to help revive and strengthen this crucial sector of our economy.

The travel industry had been championing such a position for years.

“Surprisingly, the U.S. is the only G-20 country without a federal agency or cabinet-level official in charge of tourism policy,” said Eben Peck, ASTA’s executive vice president of advocacy.

Most of the world’s most visited countries, including France, Italy, Thailand, Spain and neighboring Canada and Mexico, have high-level government officials who oversee tourism. Travel industry leaders here say the lack of a similar official in the U.S. has been a hindrance to growth.

“No presidentially appointed, Senate-confirmed senior official within the U.S. government owned the sole responsibility of maximizing the travel industry to strengthen the U.S. economy,” said Geoff Freeman, CEO of the U.S. Travel Association, adding that while the U.S. has a National Travel and Tourism Office, it did not have a “senior-level appointee advocating holistically to improve the screening experience for the 2 million Americans traveling by air each day; no leader tasked with improving the international visitor experience and building efficient visa and customs processes. … We did not have the benefit of a senior official focused on targeting infrastructure spending to reduce travel frictions.”

Freeman said that while the industry has and will continue to have congressional champions for travel-related causes, “now we have a leader in the administration who should wake up daily with the mission of capitalizing on travel’s full potential.”

U.S. Travel and other industry trade associations, including the American Hotel and Lodging Association, had been lobbying Congress to include authorization for the new position, but for ASTA, its passage was central to its 2022 advocacy work.

The Covid-19 pandemic gave travel advisors what Peck called “a front-row seat to the scattered nature of federal oversight of the travel industry.

“Contending with numerous federal agencies and ever-changing, and sometimes conflicting, rules regarding travel, while struggling to keep their businesses alive, put unnecessary and avoidable hardships on travel advisors,” he said. “Creating a high-level leadership position within the federal government focused on travel industry concerns, as this legislation does, would protect the industry from unnecessary setbacks due to conflicting and confusing policy decisions in the future.”

In June, more than 225 travel advisors and suppliers representing ASTA went to Congress for the Society’s annual Legislative Day to advocate on behalf of the legislation. They shared stories with congressional leaders about how government restrictions affected their businesses throughout the pandemic.

ASTA said that the legislation tripled its co-sponsors in the week following Legislative Day.

Many of the congressional members supporting the bill saw the devastating impact of having a pandemic-weakened travel sector.

In explaining her support for the bill, Rosen said that travel and tourism is a “key economic driver for Nevada,” where visitor numbers have not recovered to pre-pandemic levels, and that one of her top priorities has been “making sure we support this industry’s comeback to its full potential.”

Now that the bill has passed, both congressional and industry leaders will want to see results.

Catherine Prather, president of the National Tour Association, said the goal of having such a leader in government is to “complement the good work already done and bolster it with even greater cross-agency collaboration. Travel touches so many sectors across the federal government.”

Prather and Freeman are among travel leaders hoping visa wait times, which currently average over 400 days in some of the biggest international markets, will be a top priority of the new office.

“This is driving potential visitors to choose other countries,” Freeman said. “The assistant secretary has a key role to play in ensuring the administration stays focused on reducing unacceptable wait times.”

The office will also be expected to drive policies that create a more seamless and secure travel ecosystem, which Freeman called “vital to meeting future demand in both the domestic and international travel sectors.” 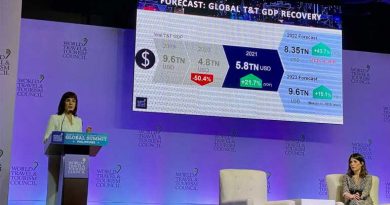 Nowhere for people to go: who will survive the gentrification of Atlanta?

Las Vegas Workers at Odds With Mayor on Reopening the City