The Santa Rita vineyards are barely an hour’s drive south of Santiago, Chile, in the Maipo Valley wine region, but seem a world away from the city and its urban attractions.

The winery, old by New World standards, was founded in 1880 on the site of a colonial-era hacienda.

Today, the hacienda’s 1790 main house accommodates a wine shop and the Dona Paula Restaurant. The house claims a piece of Chile’s founding story — it sheltered patriots during the country’s 19th-century war of independence — and is now a designated national monument. The winery’s cellars, Chile’s oldest still in use, are similarly designated.

The Cafe La Panaderia is a casual eatery located in the original farm’s 19th-century bakery, where workers got their tortillas. The ovens and 19th-century carriages are on display inside.

The very modern, 13-year-old Andean Museum, housing 1,800 pieces of pre-Columbian art, is a short stroll away.

The winery’s founder, Domingo Fernandez Concha, built a second home here in the same year that he launched his winery. In 1996, that home became the Hotel Casa Real. Although initially a guesthouse not open to the public, the hotel was stylishly renovated in 2016 and opened to all comers. 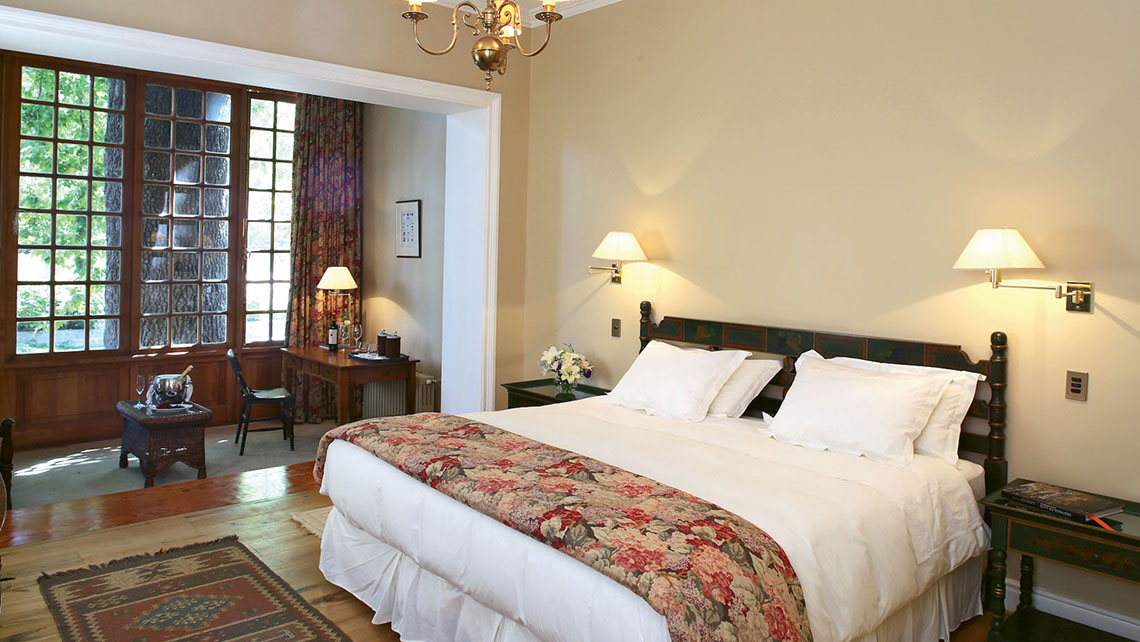 Manager Diego Valenzuela said the 16-room property boasts many original furnishings, but “it is not a museum. We want people to use it.”

Every unit, whether a standard room or a suite, has a living room with a wall of windows facing parkland or an interior yard.

Next door, an 1885 chapel that Fernandez built for his daughter’s wedding is open to hotel guests and tour members. Artwork reflects the building’s origins with images of hearts and grapevines.

A 100-acre park with pathways modeled on Parisian boulevards sits between the two repurposed homes. The hotel, chapel and park are also national monuments.

Obviously, there is much here associated with a historical hacienda and winery to divert a tourist. But these features are add-ons to wine tour elements offered here: visiting the cellars, learning about winemaking, tasting the wines plus, for groups, options like hands-on winemaking, folk dance shows and riding a pedal bar to visit the vineyards.

I made a day of it at Santa Rita on a tour organized by Avanti Destinations, an FIT specialist based in Portland, Ore., and operated by Latitud 90 of Santiago, Avanti’s ground agent in Chile.

Around 15% of Avanti customers in Chile are cruise passengers, said Melanie Moore, product manager for Central and South America. Cruise clients may spend a day sightseeing while passing between the Valparaiso pier and the Santiago airport or may spend two or three nights in Santiago before or after the cruise. 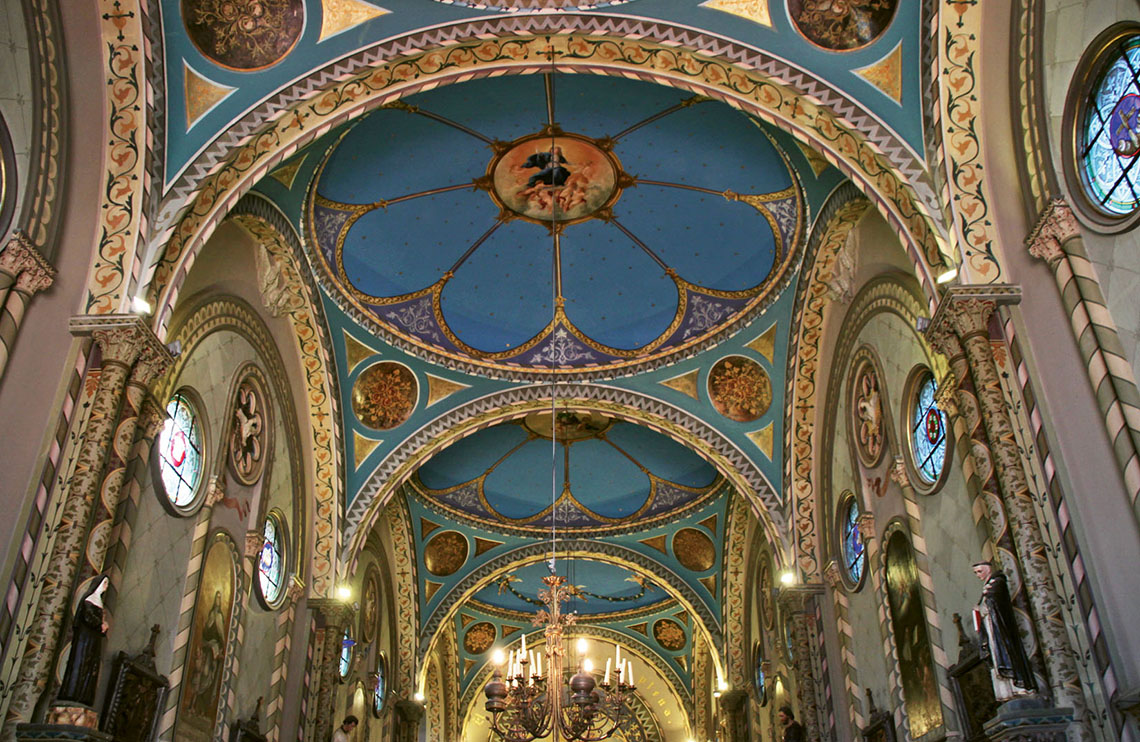 A Santa Rita visit is an option in either circumstance. Avanti offers Casa Real overnights, as well.

It is typical for Avanti’s noncruise clients, Moore said, to go for customized programs that combine Santiago and its area attractions with at least one other major Chilean highlight, such as the Atacama Desert or Patagonia.

For its part, the Santa Rita winery has “always had visitors,” said Francisca Muniz Viu, tourism manager for Santa Rita Estates, but management got serious about wine tourism about seven years ago. Now, she said, the winery sees 150,000 visitors a year, and about 60,000 of them take guided tours.

Despite those stats, the site did not seem crowded during my visit on a gorgeous April day. Rather, it was a relaxing excursion from the capital, combining sightseeing, wine appreciation and a no-hassles lunch at Dona Paula Restaurant.

My Avanti itinerary, a variation on the company’s pre- and post-cruise options, also included two hotel nights in Santiago and a day in the city.

De rigueur city sightseeing ranged from the capital’s oldest historical sites at the Plaza de Armas to the bohemian Lastarria neighborhood to the 3-year-old Great Santiago Tower, the tallest building in Latin America at 984 feet.

Avanti also organized a foodie tour for me. Components included shopping at a local market and participating with a chef in preparing a lunch at El Galeon restaurant in the Central Market. Capping off those “labors,” my guide and I ate the lunch.

This is a delightful 19th-century, four-story brick building with French decor and an interior courtyard. It sits on a short pedestrian block lined with eateries and shops in Santiago’s Providencia neighborhood and near the metro. 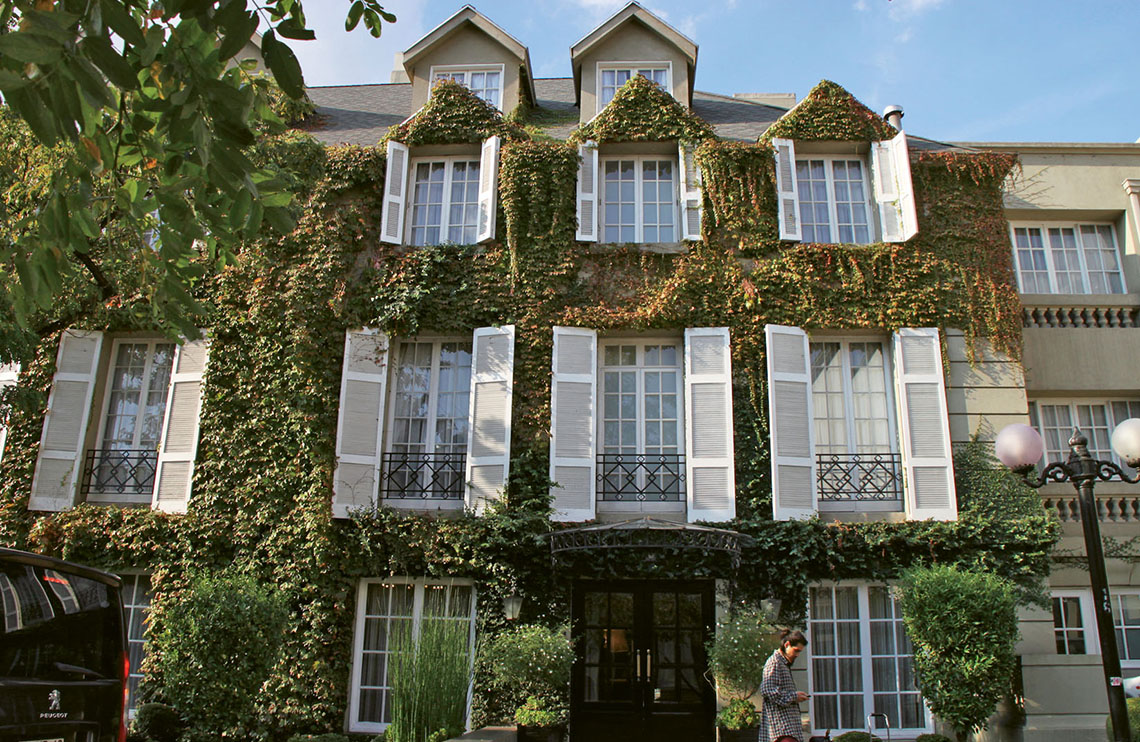 Le Reve provides breakfast, but there is no other meal service; the several and varied restaurants on the block filled in nicely.

I sampled one other thing: In this land of earthquakes, I experienced a temblor of magnitude 6.9. It lasted less than a minute and didn’t seem to affect life much in downtown Santiago, although air service was disrupted for a while.

For FIT prices, Moore quoted an $819 per person, double, rate for a three-night pre- or post-cruise option. This example includes guided city sightseeing, private Santa Rita tour plus two transfers (airport and cruise pier) and accommodations at a four-star hotel.

All Avanti price quotes, Moore said, are commissionable at 10% or more. A USTOA member, Avanti is a preferred supplier for AAA/CAA, Ensemble, MAST, Signature, Travel Leaders, Travelsavers/NEST, Virtuoso and Westa. Avanti can be reached at (800) 422 5053 or [email protected].