Etched onto a slice of scarlet watermelon are the words “Viva la vida”: live life. Signed “Frida Kahlo” and dated 1954, it was the flamboyant Mexican artist’s final painting before she died, aged just 47.

Today few artists are as recognisable as Kahlo. Her likeness, complete with braided hair wound with colourful ribbon or adorned with a halo of flowers, unashamedly sporting a unibrow, is plastered on everything from magnets to T-shirts, handbags to walls. She may have lived in the artistic shadow of her larger-than-life husband, Mexican muralist Diego Rivera, but since her death she’s become a latter-day celebrity and feminist icon.

She was born in Mexico City in 1907, crippled by polio as a child and seriously injured in a tram accident at the age of 18. Kahlo’s physical suffering and her turbulent marriage are laid bare in much of her work. “I have suffered two grave accidents in my life,” she declared. “One was a street car that ran over me, the other was Diego.”

Her other enduring influence was Mexico itself, and in the country’s dynamic capital, you can still immerse yourself in all things Frida.

Make the first stop the southern suburb of Coyoacan, long since swallowed up by the ever-expanding city, and La Casa Azul, the cobalt blue house where Kahlo was born and raised, lived with Rivera on and off, and died.

To secure Kahlo’s legacy, on his death Rivera donated the building and its contents to be turned into a museum, and the rooms are just as they were left, from the traditional earthen pottery in the sunflower yellow and blue kitchen, to the wheelchair at her easel and the brightly decorated plaster corset that she had to wear following her multiple surgeries.

Her death mask sits on top of her diminutive four-poster bed, underneath the mirrored canopy that enabled many of her self-portraits. It was after her accident when, bedridden for months on end, she began to paint to pass the time. “I paint myself because I am so often alone, and because I am the subject I know best,” she once said. 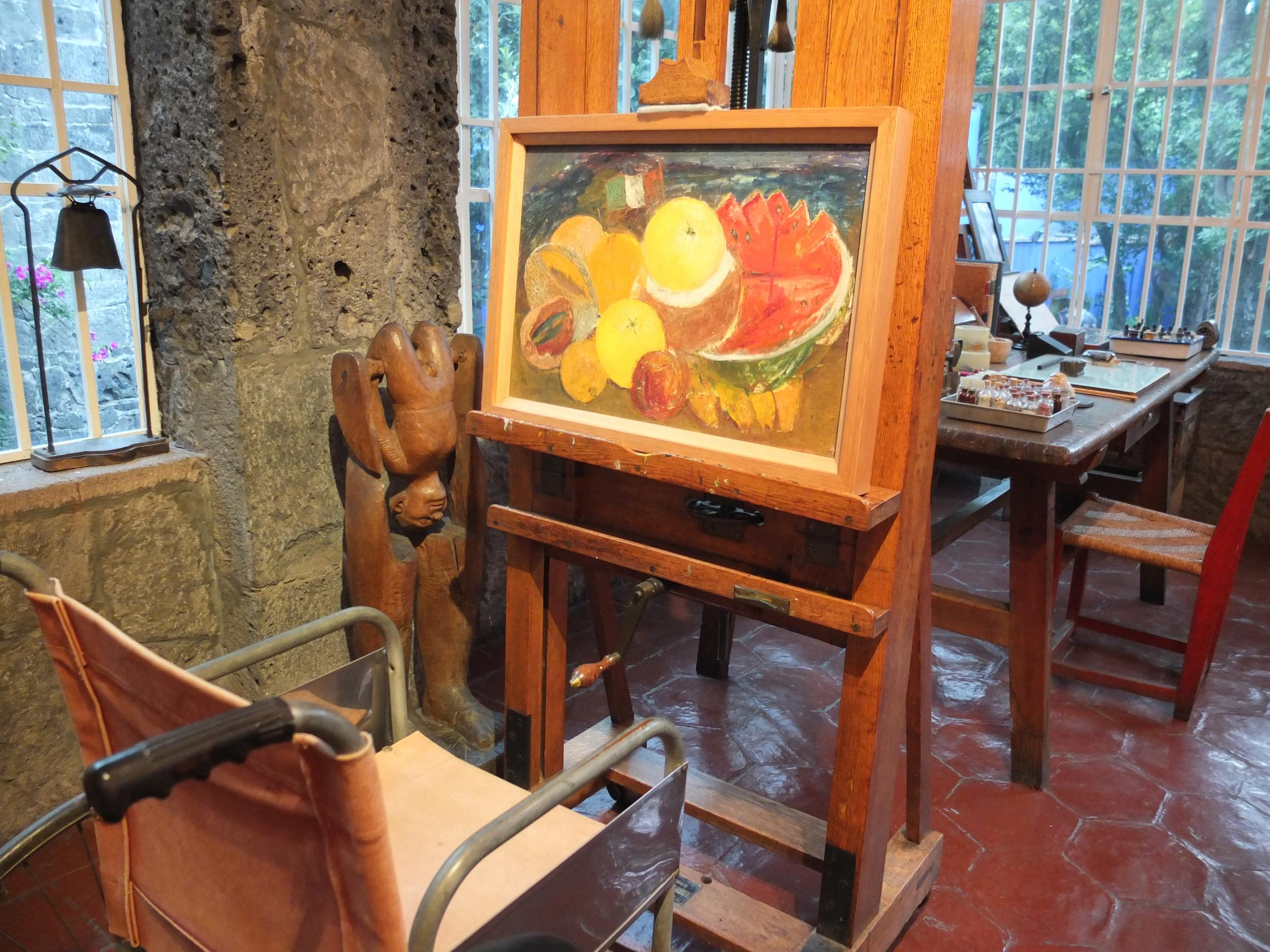 While in the luxuriant walled garden, it’s easy to imagine the menagerie of monkeys, dogs and cats that often appeared in her self-portraits, roaming among the tropical foliage and pre-Columbian stone statues.

To the west of the city is the affluent neighbourhood of San Angel and the Museo Casa Estudio Diego Rivera and Frida Kahlo, where Kahlo and Rivera lived from 1934 until their divorce in 1939, and where Rivera returned after her death. Designed in 1931 by their friend, Mexican architect and painter Juan O’Gorman, the radical Cubist building behind the high cactus fence is a testament to the couple’s independent union. Two separate houses – Kahlo’s is painted a similar shade of blue to her house in Coyoacan – connected by a sky-high walkway. 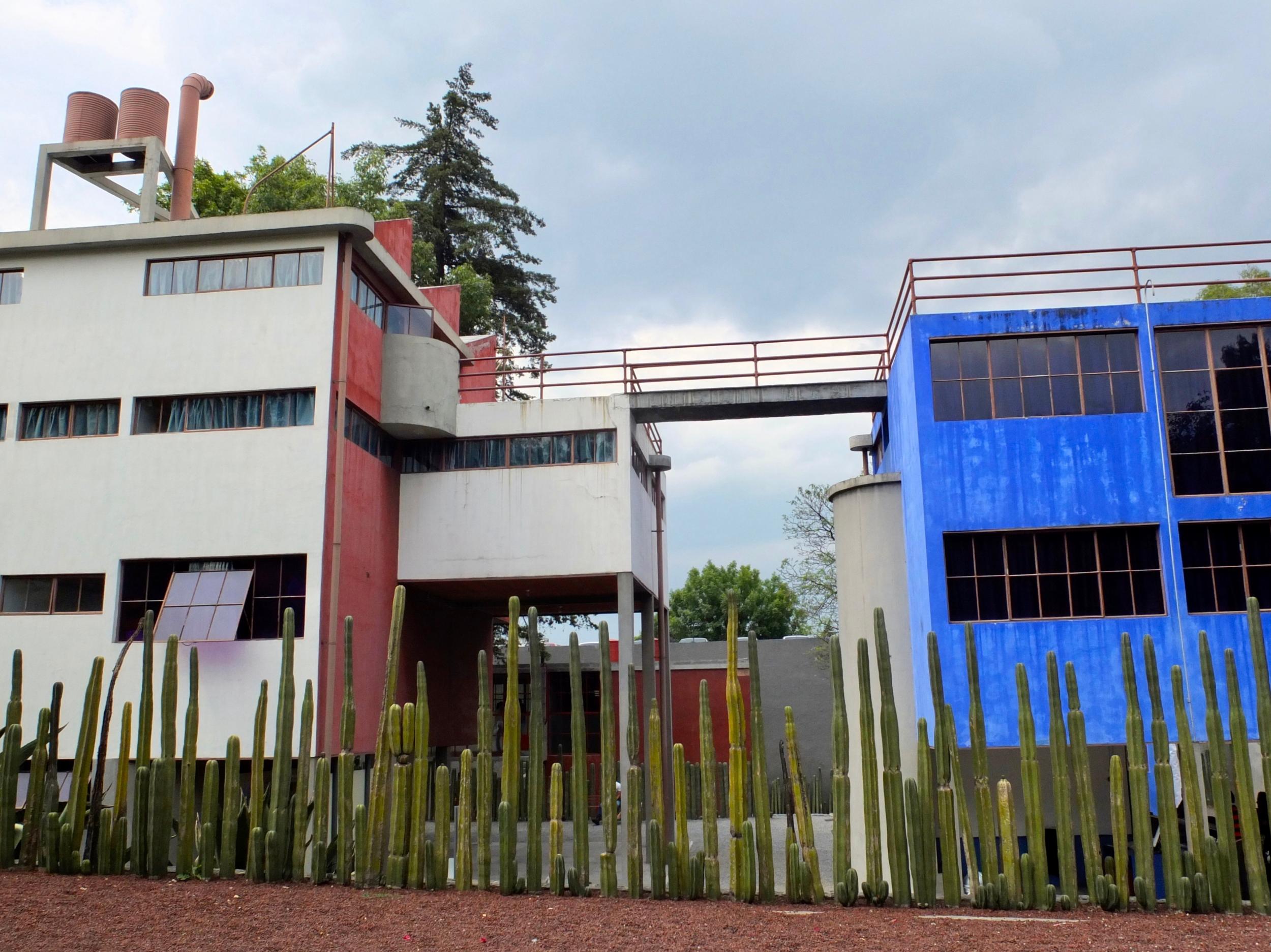 They first met at the Antiguo Colegio de San Ildefonso (Justo Sierra 16) in the city’s historic centre  – he was painting his first mural La Creacion, she was a student. Now the former Jesuit convent-turned-museum showcases not only Rivera’s work but also other legendary muralists, including Orozco and Siqueiros.

Later Kahlo would appear in his murals. She hands out rifles to revolutionaries at the Secretaria de Educacion  Publica (Republica de Brasil 31), while at the Palacio Nacional – on the eastern edge of the Zocalo, the city’s vast and perpetually busy main square – where his vibrant murals are a visual history of Mexico, from the Spanish conquest to the revolution, she transforms into an Aztec princess. 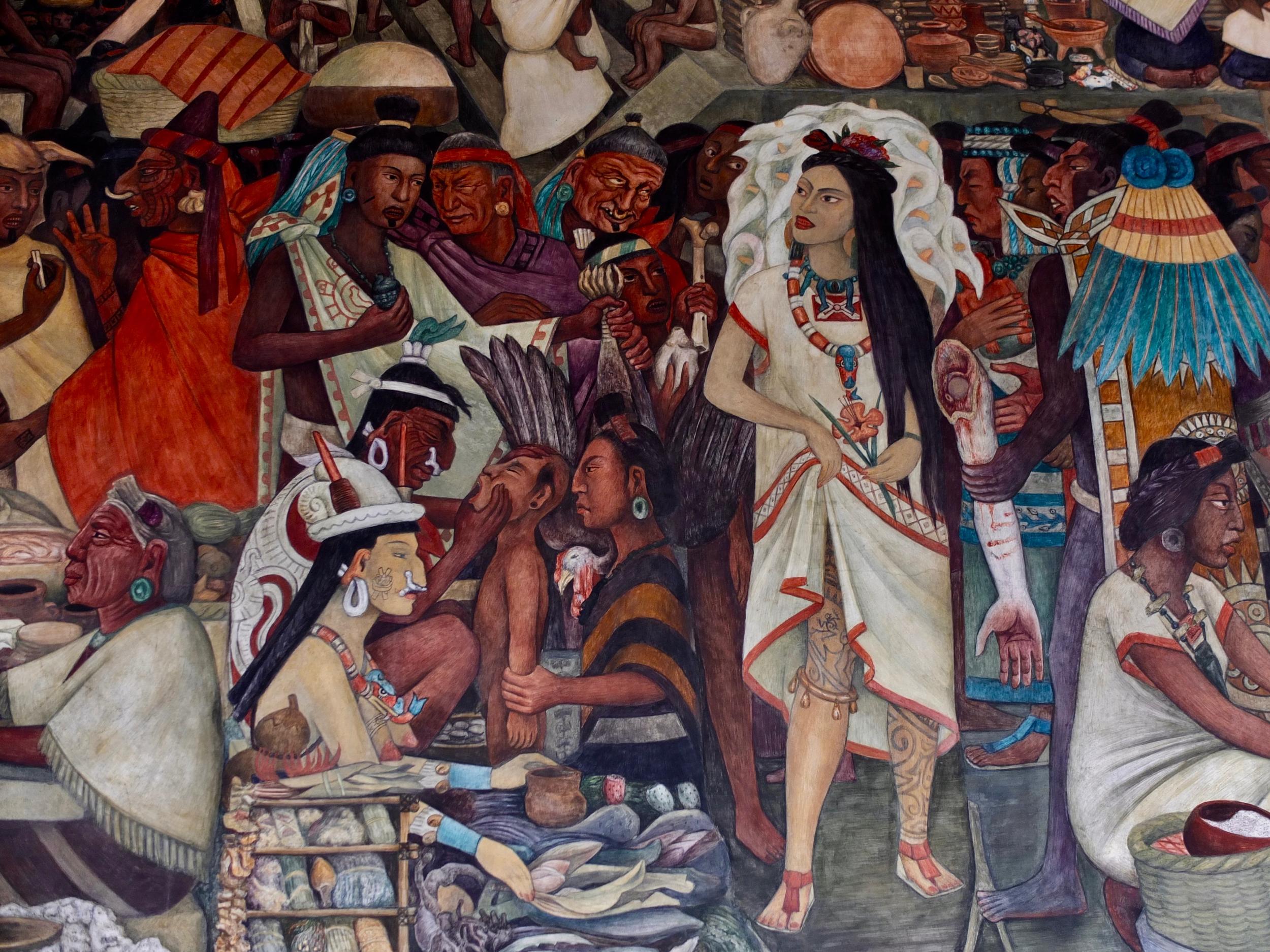 Kahlo carefully curated her distinctive style, mixing her traditional Mexican wardrobe – in particular, she loved the richly embroidered Tehuana dress from Tehuantepec, a proud, matriarchal society from the southern state of Oaxaca – European pieces and fabulous outsized jewellery, not only to disguise her physical imperfections but also to express pride in her roots.

In the southern suburb of Xochimilco, jewel-coloured peacocks join hairless xoloitzcuintles, a rare pre-Hispanic dog species, strutting around the landscaped gardens of La Noria, the former home of Dolores Olmedo Patino. The wealthy businesswoman and patron of the arts converted the 16th century hacienda into a museum in 1994, boasting the largest single collection of both Rivera and Kahlo’s work, including “Self Portrait with Small Monkey”. 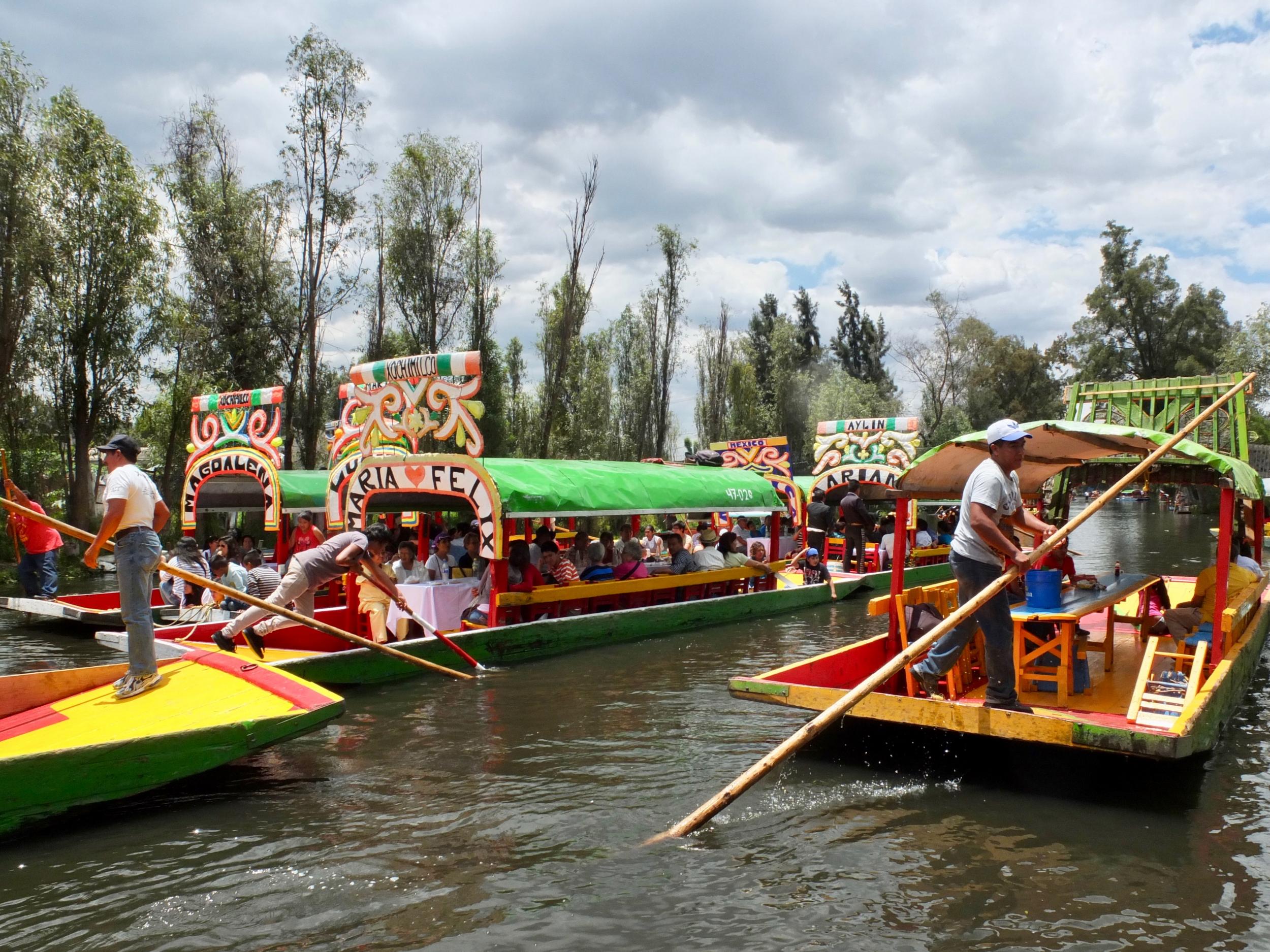 Nearby, the Floating Gardens of Xochimilco is where Kahlo and her friends went to escape the city heat, renting a gaudily decorated trajinera, or punt, and gliding along the network of Aztec waterways, eating, drinking and singing.

At weekends, it still throngs with Mexican families accompanied by boatloads of mariachis in full regalia, who will blast out their favourite song for a few pesos as they knock back tequila.

Aeromexico flies to Mexico City from Heathrow seven times a week, with fares from £548 return.

Downtown Mexico on the Centro Historico offers doubles from US$125, room only.

THAI serves special desserts on Her Majesty the Queen’s Birthday ·