“I feel pretty indifferent about selfies,” I said to Ulrika, my wife, as we walked together into the newly opened Museum of Selfies in Glendale, Los Angeles. “That’s because you’re grumpy and English,” she said.

As well as being perennially grumpy and English, I am laughably unqualified to talk about selfie culture. Social media never felt sexy to me; it always felt like a pain in the arse. The internet arrived too late for my awkward generation. In the early 2000s, I was lukewarm about Myspace and Flickr, just as I am now lukewarm about Faceboast and Instasham.

As you can probably guess, on a scale of grumpiness (one being mildly hacked off, 10 being irrevocably irate) I was a solid seven before I’d even set foot in the Museum of Selfies.

I wasn’t sold on the term “museum”, either. Surely that was deliberately misleading. The dictionary definition is: a building in which objects of historical, scientific, artistic, or cultural interest are stored and exhibited. Selfies don’t seem to me to fall into any of those categories. They might hold some cultural interest, I suppose – much like supermarkets, morris dancing or necrophilia.

Wandering into an unassuming building on Glendale’s main drag, we were greeted by co-founder Tommy Honton, a writer and escape room designer from Kansas. Cheerful, intelligent and extremely eloquent on the subject of selfies, he was also at pains to point out the exhibition’s tongue-in-cheek approach. “I hate the stuffiness that you find in most museums,” he said. “All that impenetrable language drives me crazy.”

And after five minutes in Tommy’s company, I began to feel slightly ashamed of myself. In this quintessentially Californian setting, my own scepticism showed up like flecks of dandruff under a UV light. Ulrika gave my arm a reassuring squeeze. “Try a smile,” she said. 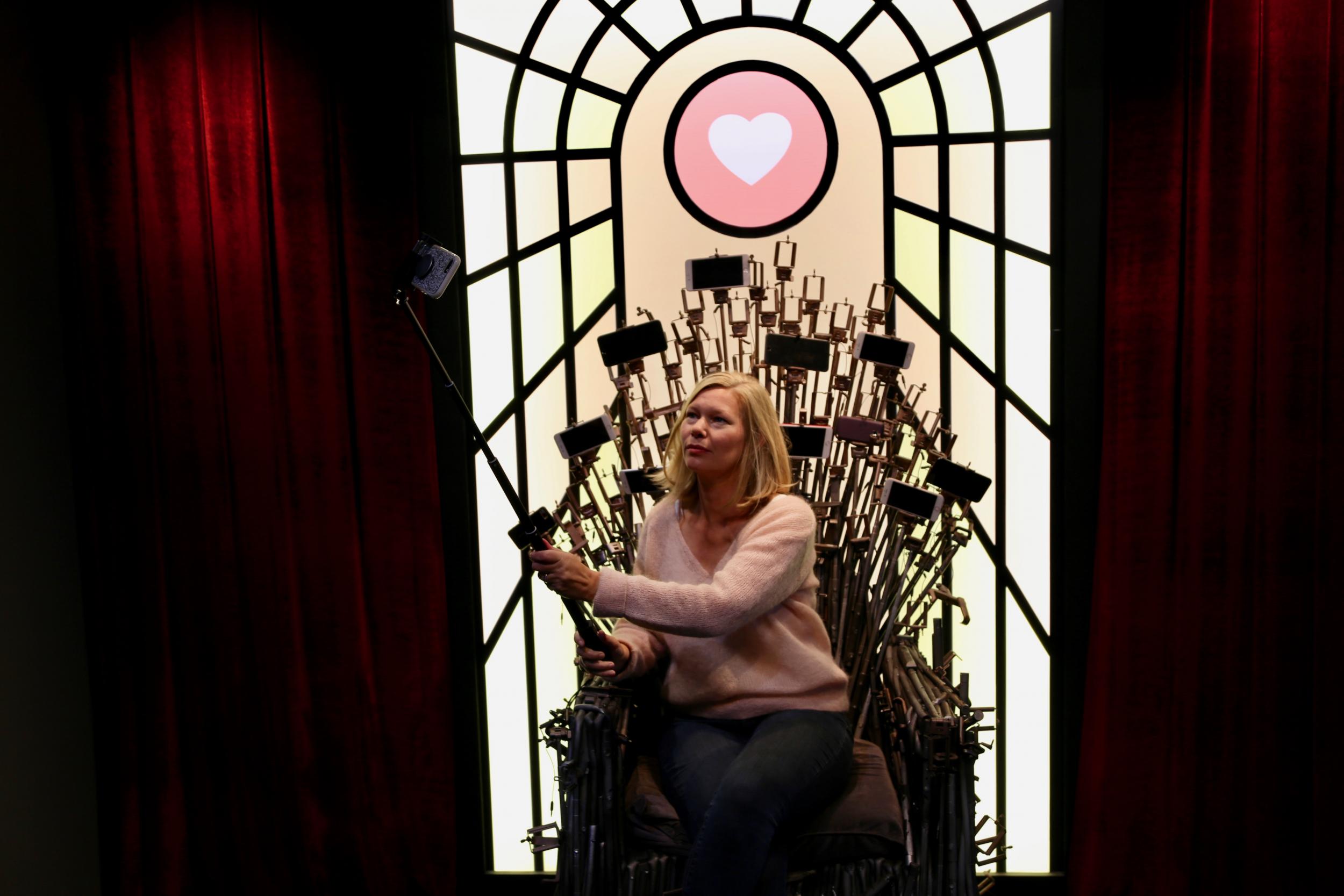 The exhibition began with a wall of mirrors. Being a selfie newbie, I checked my teeth for spinach and tried a pre-emptive pout before striding out onto the museum floor, clutching my phone like a newborn baby clutches a rattle. “Game on,” I thought to myself – exactly the sort of embarrassing phrase that pops into the mind of a middle-aged Brit well outside his comfort zone.

The first room was dedicated to human figurative art: prehistoric cave paintings, Roman sculpture, and a smattering of Rembrandt and Van Gogh self-portraits. It was a beautiful set of images, but I couldn’t see a very clear connection to selfies. I’m no art historian, but I find it hard to equate Mona Lisa’s ghostly smile with Kim Kardashian’s ghastly duckface. Whatever Kim is doing in her bathroom mirror, it sure as hell ain’t art. 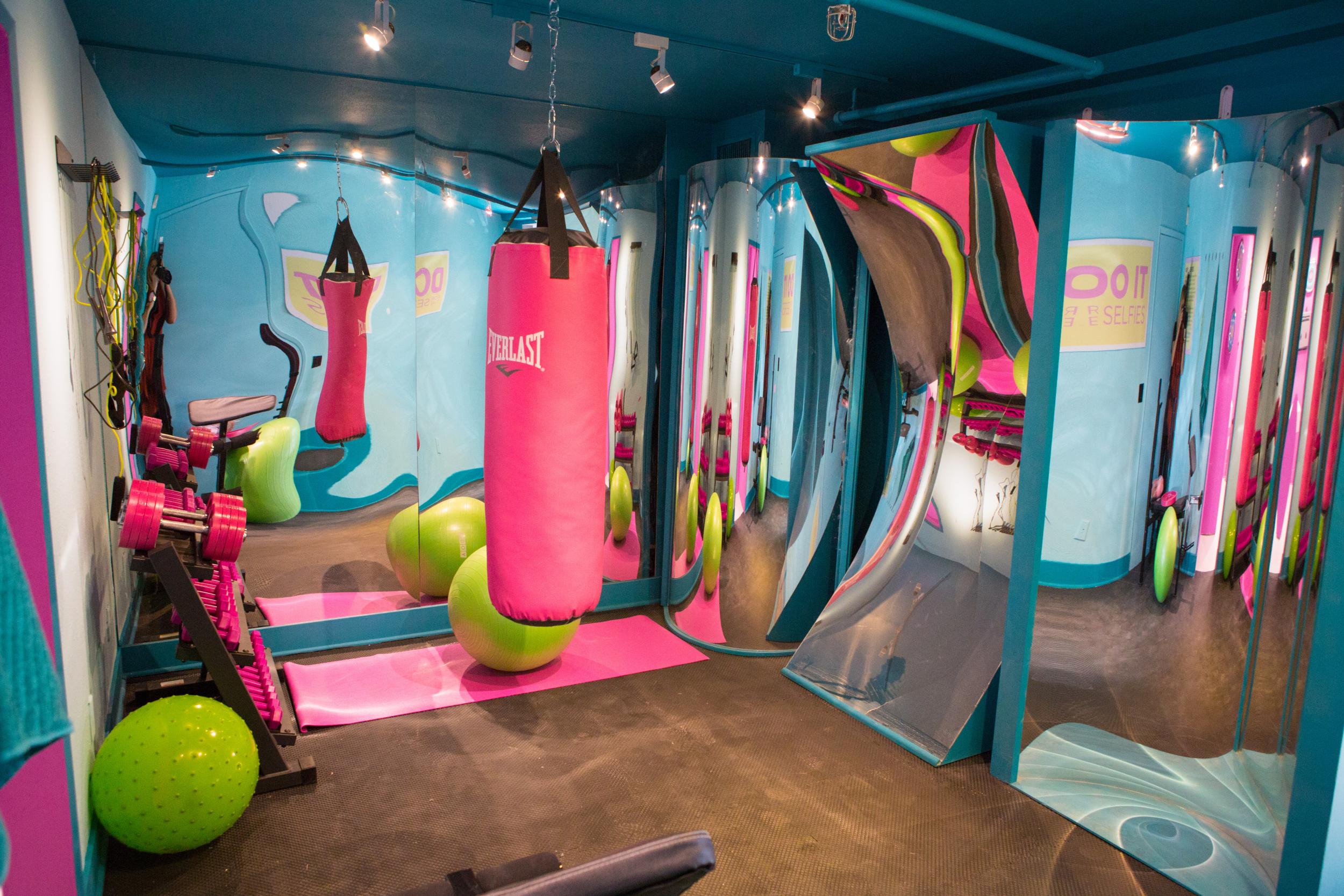 That said, the pictures got me thinking; and perhaps that’s the point of any good exhibition. After spying a collection of darkly humorous statistics (254 selfie-related deaths to date was a favourite) my grumpiness dropped to a low three, and I found myself eager to explore the next room. Turning the corner, I ambled into a mock-up of Van Gogh’s wonky Arles bedroom. I tried a quick snap with my newly acquired selfie stick, then made my escape before anyone could catch me enjoying myself.

Next door, I saw a huddle of Japanese schoolgirls trying on black and white hats in a black and white room full of black and white mirrors. As they giggled and preened, their innocent delight brought me back to my own early teens. I remember trying (and failing) to emulate James Dean in my bedroom mirror, slopping Brylcreem onto my fringe, a cigarette dangling from my bottom lip. Vanity is a human constant. It’s also a lot of fun. 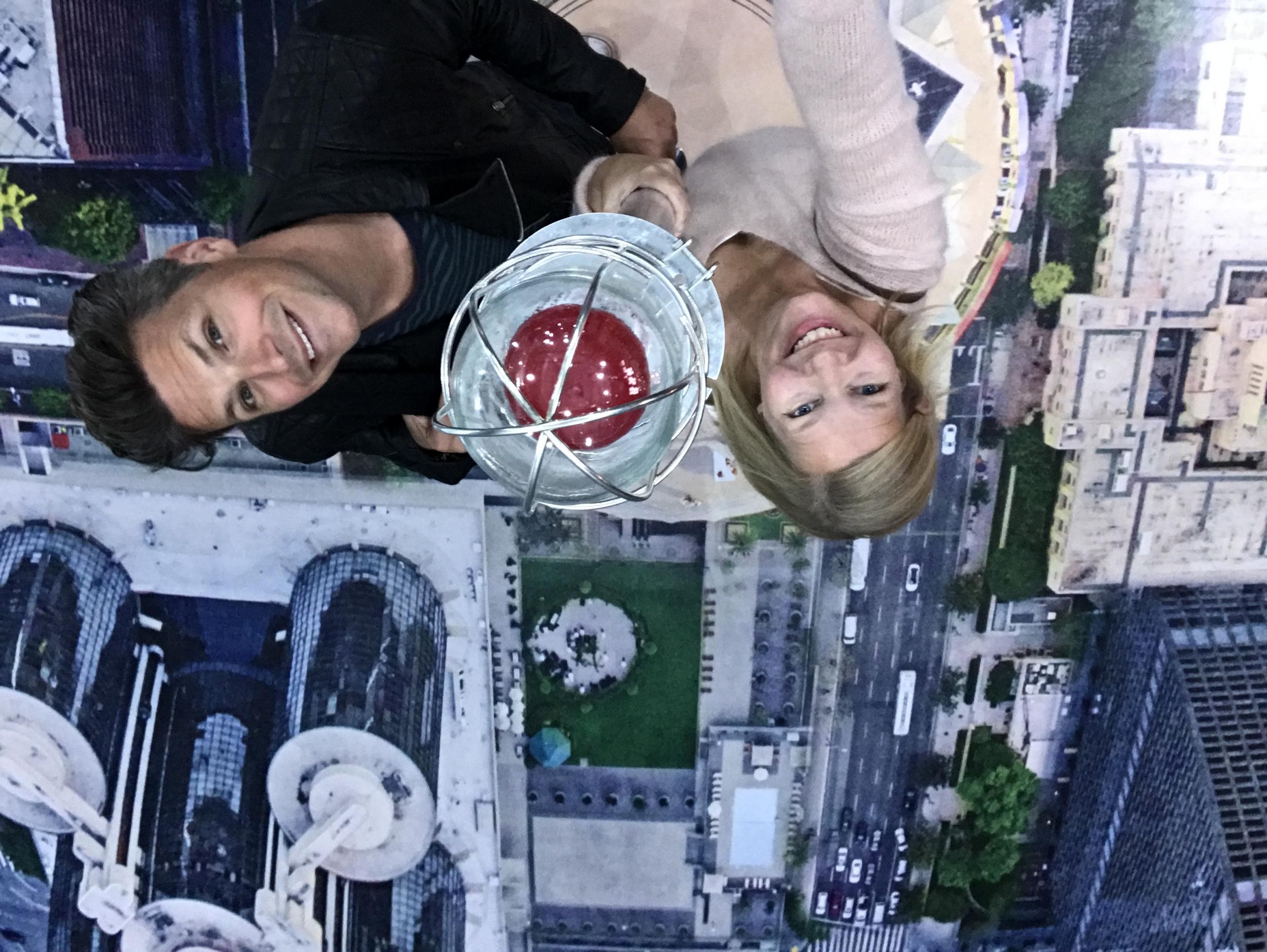 And I suppose fun is the focus of The Museum of Selfies. As soon as I let go of the idea that the exhibition was actually focusing on art, or culture, or anything particularly highbrow, I began to get my 21st-century kicks. There was a mirror box that reflected my face 100 times; a throne made entirely from selfie sticks; a bird’s eye view photograph of downtown Los Angeles pasted on the floor; and a gym with fun house mirrors hung on every wall. This wasn’t so much a museum as a carnival – a selfie circus where every man, woman and child was the star of the show.

I tried my best to blend into the crowd: another snap-happy punter, studiously posed in front of a giant hamburger; a mirror-covered car; a pink bathroom sink. After an hour of indoctrination, perhaps I was feeling better about myself – just one more digital Narcissus in love with his own reflection. 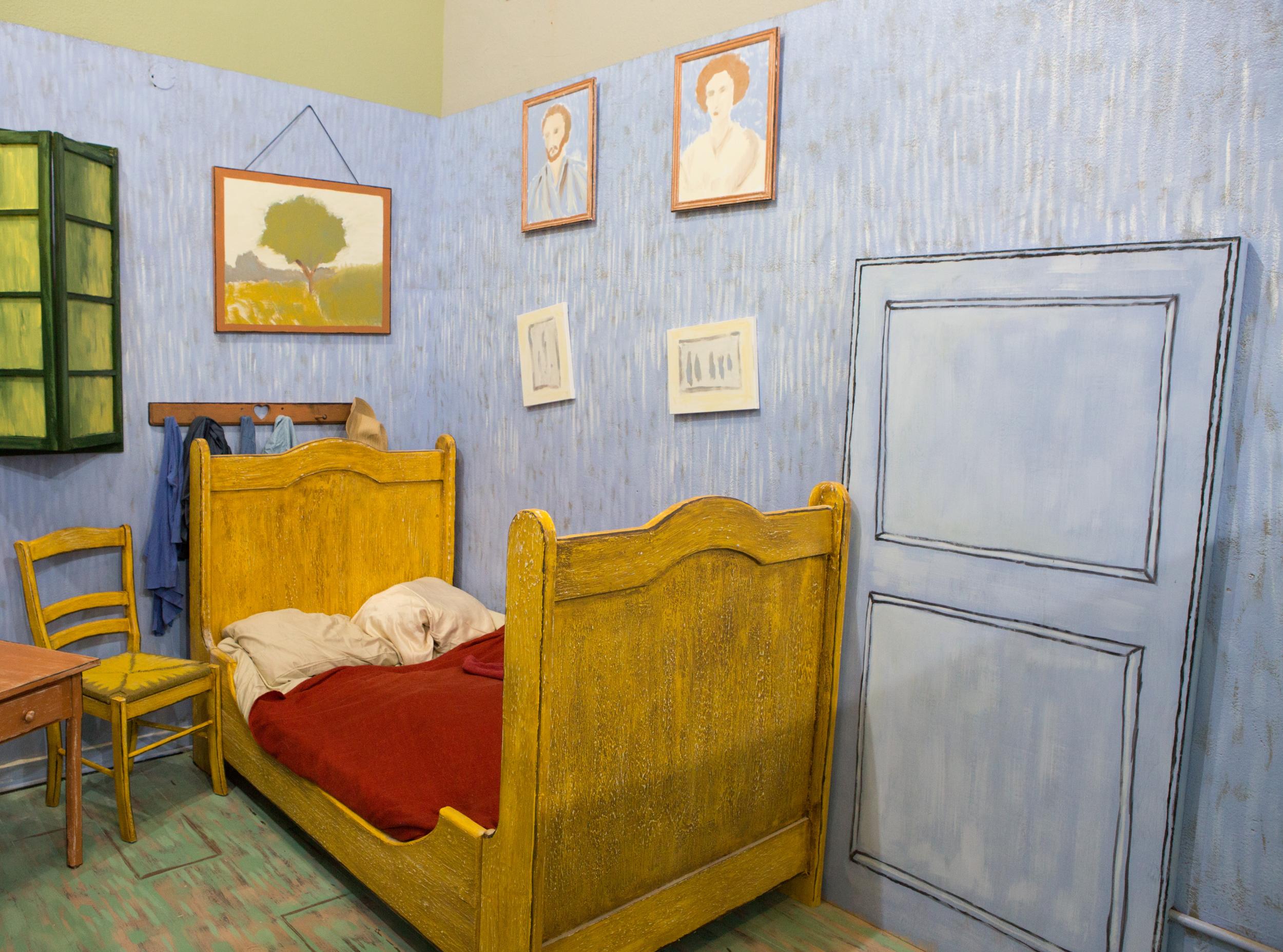 The Museum of Selfies (211 N Brand Blvd, Glendale, California) opened on 1 April and will remain open until 31 May. Tickets are $25 per person.