There is perhaps nowhere more hellish for an adult to be than trapped in the crowds at an American theme park. Certainly nowhere as hellish that you have voluntarily spent so much money getting to. Definitely nowhere where the only available food vendor is a nearby Krusty Burger.

But that’s where I am, pressed among the throng of people, in the dark heart of California’s Universal Studios resort, having just spent one hour queueing for a five minute ride. The only accessible lunch option is an imitation of The Simpsons’ fast-food chain, proudly offering just as heart attack-inducing meals as the cartoon series always promised. 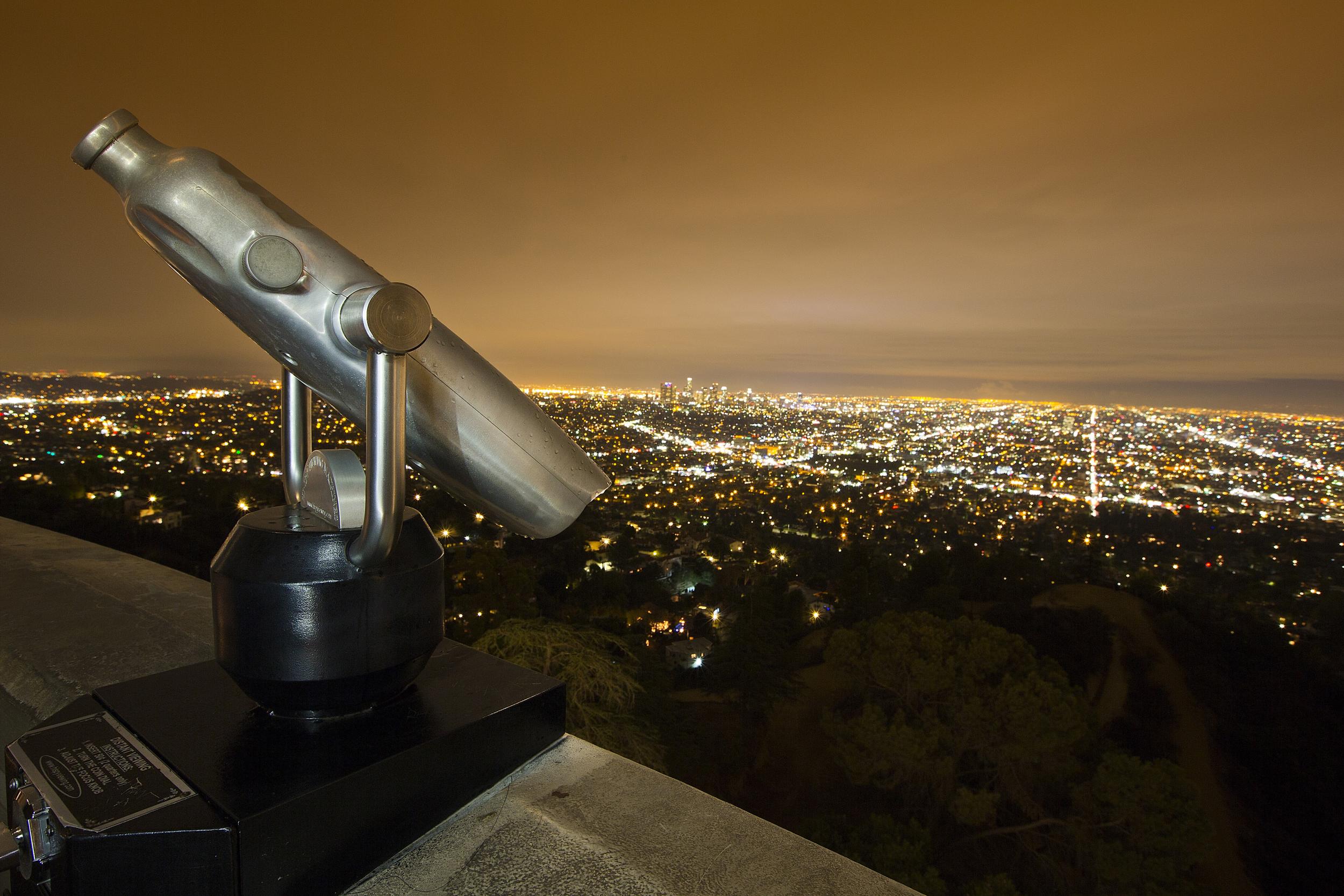 That can be the problem with holidays. Where you choose looks great in the adverts – and me, my wife and our two young daughters had pored over the online videos of Universal Studios for weeks, marvelling at fake Minions and the recreated Hogsmeade with ever-growing anticipation – but the reality rarely matches the edit.

We are in Los Angeles for our family holiday. Some, on hearing our plans, had questioned the choice of location. A town renowned for freeways, a history of gang violence and the nagging terror that today might be the “big one”, when the San Andreas fault finally rips apart was, some suggested, an unlikely choice.

But I knew what I was after. Two weeks of guaranteed sun in a city that, away from the giant roads that bisect it, can be as much a place of narrow streets winding up canyons, pool parties and barbecues, and miles and miles of perfect beaches. 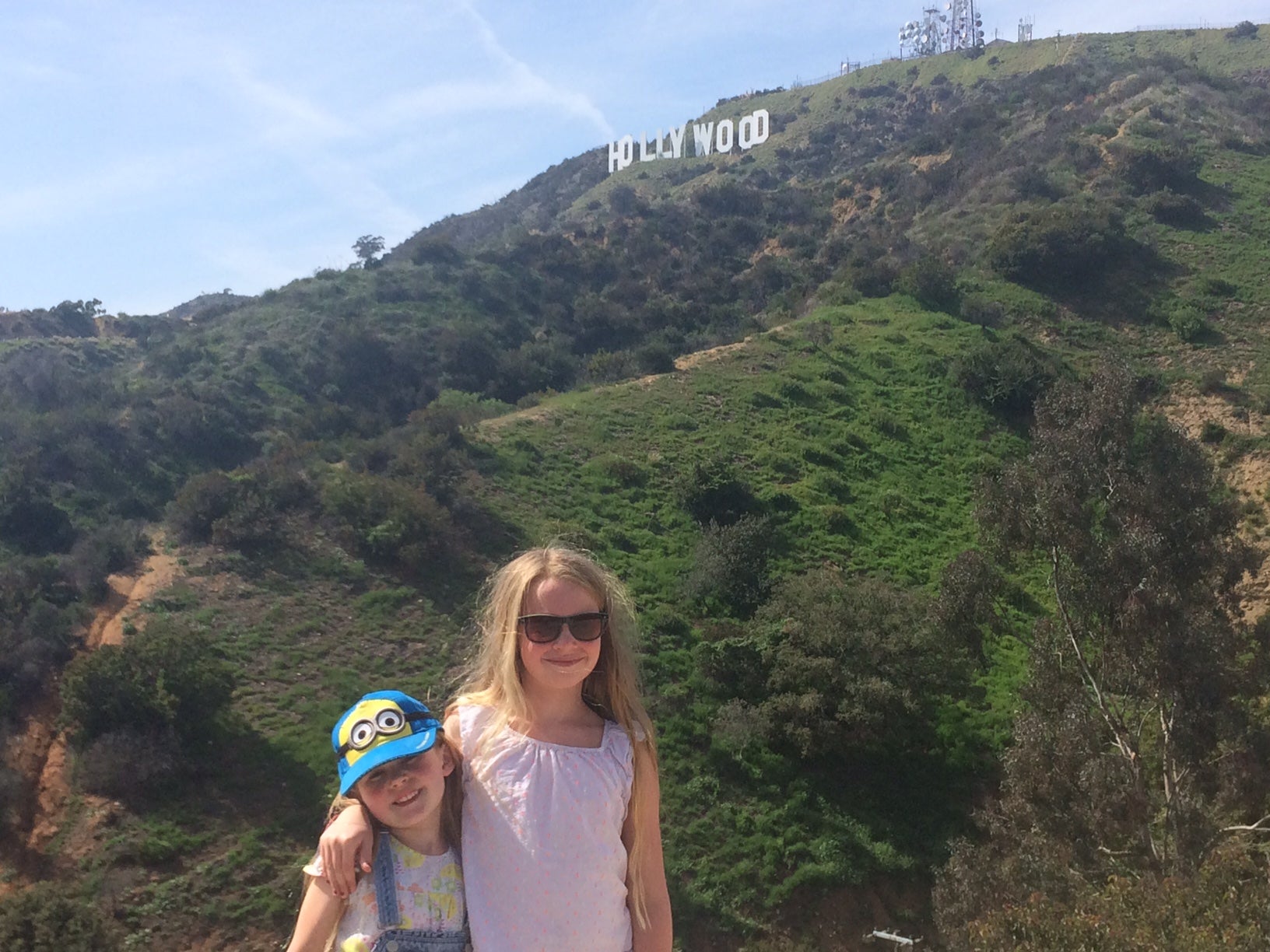 This is the laid back Los Angeles we know from music, films and books. The place of Laurel Canyon, Malibu, Mulholland Drive, the Griffith Observatory, Venice. The place where, despite all the craziness of the city around it, people go to relax.

Until Universal Studios, our break has been exactly what we’d hoped for: days doing nothing but lazing by the swimming pool at our Airbnb; lunches of freshly prepared Mexican food; walks along Santa Monica beach; an afternoon climbing up to the Hollywood sign, horses ridden by men and women in cowboy hats ambling past as we hiked up the dirt track that looped through Griffith Park.

There is an opportunity for culture when we take the opportunity to visit the California Science Centre and marvel at the real space shuttle on display there – the once regularly orbital Endeavour – before eyeing the incredible selection of Egyptian artefacts from Tutankhamun’s tomb housed in the King Tut exhibition next door. 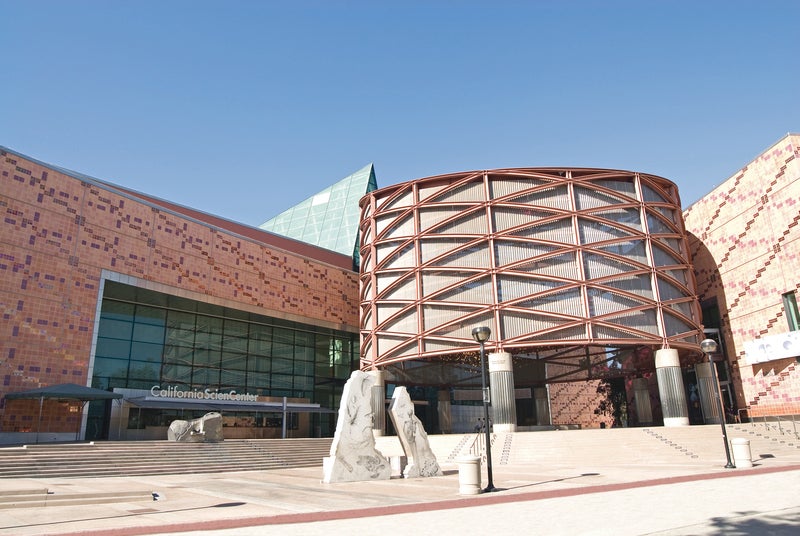 A day at a theme park, however, could not be avoided. The children, 10 and six respectively, were adamant any trip to California must include a visit to one of these fun emporiums.

I try to break us in gently. The eldest and I go to the Warner Brothers movie lot for its studio tour. My inner geek bursts with excitement as we are taken through their prop department and our guide nonchalantly points out the chairs used in The Matrix when Laurence Fishburne gives a confused Keanu Reeves the choice of a red or blue pill (seats that are now gathering dust in the corner of a giant warehouse surrounded by piles of equally iconic film bric-a-brac). 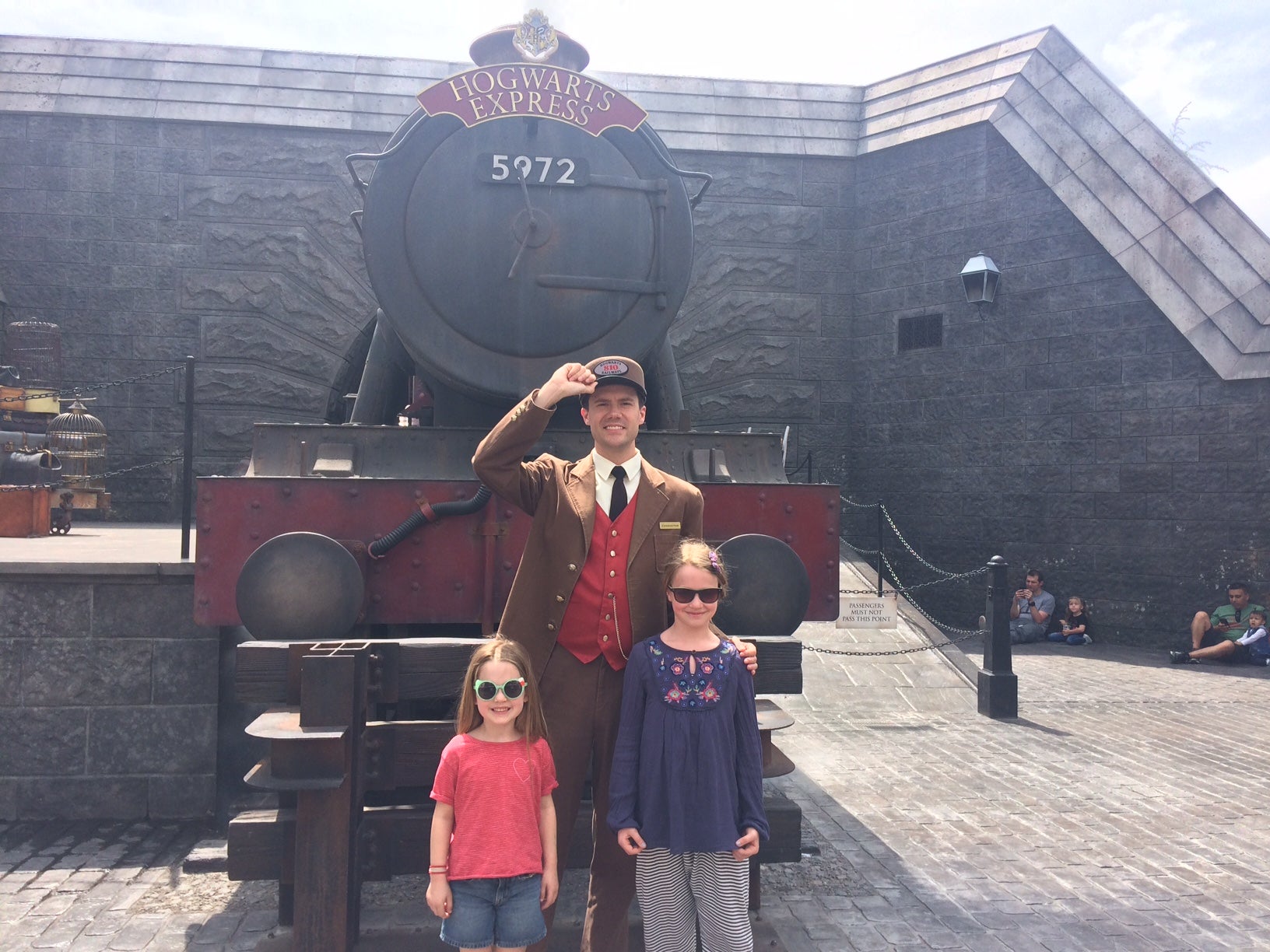 My daughter – a massive Harry Potter fan – can’t get enough of seeing real sorting hats, wands, costumes and other kit from the film franchise laid out for her to marvel at. Both of us agreed it was a brilliant day out.

Universal Studios, though, is on a whole other scale. There are huge queues (two hours for the frankly terrifying ride in its fake Hogwarts), massive crowds, endless shops filled with endless shelves of tat and, of course, the constant walking as you try to find the next ride amid the sprawl.

An argument over a newly-bought unicorn whose wing had already fallen off leaves all four of us fraught from the overwhelmingness of it all.

But then, just as I feared all was lost, there is a perfectly timed moment of magic. It is in the recreation of Ollivander’s wand emporium, the shop where wizards go to buy their most important implement. 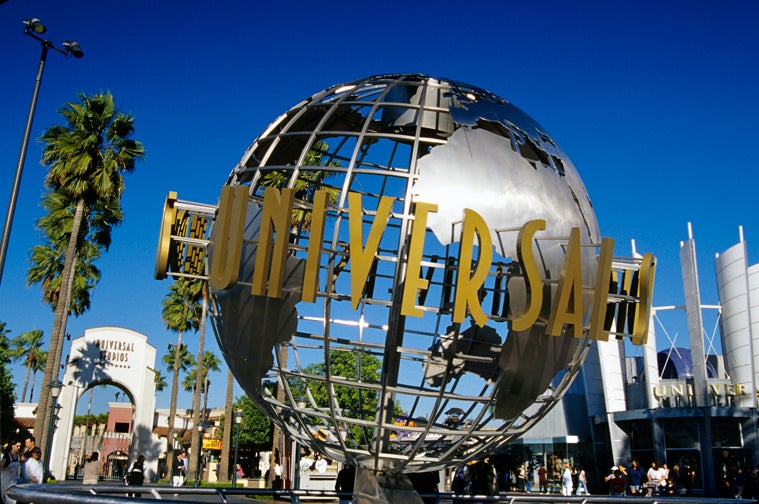 We patiently queue, and finally are ushered inside; a group of 20 or so of us among shelves of boxes and books, waiting for Harry Potter’s wand seller to come and impart his wisdom on the complexities of choosing the right wand for the right wizard.

When he emerged, Ollivander did so in a cloud of smoke through a door in a bookcase, robes billowing, a stern expression stilling us all into immediate subservience. Beckoning with a finger, it is my eldest daughter he pulls forwards as the subject for this wand testing.

In the semi-darkness, they talk of phoenix feathers and dragon skin as around us modern mechanical trickery made books fall from shelves and flames flash as she waves the wand he has provided for her and repeats the spells he instructs.

The only way to describe it is spellbinding. The guy who plays the wand seller throws himself into the part with such sincerity that all present are audibly gasping at his performance. People line up to shake his hand as we leave, me among them; my daughter now clutching her newly-awarded wand with delight.

After that we finally find the Minions, who more than live up to our expectations as we are spun around on their 3D ride, have the pleasure of seeing the Back to the Future town square, witness a fake gunfight between people on jet skis and catch sight of Jaws, rising from a lake to attack us.

By the time we leave it is almost dark and everyone is exhausted. Once we have finally found the car, both children are asleep on their feet.

As they buckle themselves in, I ask what they thought of it all. The eldest, wand still gripped firmly in hand, answers immediately. “The best day I could ever have had,” she says. Which, above all, is what you want to hear on your family holiday.

Compare all flights to LA

The faux-castle that is the Chateau Marmont is perfect for those looking for old skool Hollywood style, with doubles from £340, room only. For families the Rivergate Estate provides self-catering cabins from £190 a night.