The air is thin and misty up here, hanging in droplets from the hood of my raincoat. Edging forward to the sparse barrier of the mountaintop, it feels as though I am standing right above the clouds – and, at an elevation of 3,000m, I suppose I am. Peering over the edge, the foggy nothing completely surrounds me and the world below is unknown and forgotten.

More than 5,000 people lived here, protected and secluded on a mountaintop in northern Peru about 1,500 years ago. They were known as the Chachapoyas, or Cloud Warriors. I walk slowly around the 400 or so stone house ruins that remain from their settlement, stopping in the centre of one to take it all in. The walls are crumbled and broken in places and the roofs are long gone, yet enough remains that if I close my eyes I can imagine what it once must have looked like.

Narrow channels run around the perimeters of the sleeping quarters; I am amazed to hear from my guide, Carlo, that these were used to house the families’ cuy (guinea pigs). These furry little rodents acted as a living, moving central heating system and were also kept as livestock, and cuy remains to this day a popular traditional food in Peru.

Although nature has reclaimed the site over centuries of limited visitation, beautiful and fascinating details can still be seen. Along the walls of the round houses, jaguar and snake designs have been carved into the rock, symbolising the power and strength of the warriors who lived here.

Life changed irrevocably for the Chachapoyas in 1470 when they were conquered by their southern neighbours, the Incas, who themselves fell to Spanish invaders just 60 years later. 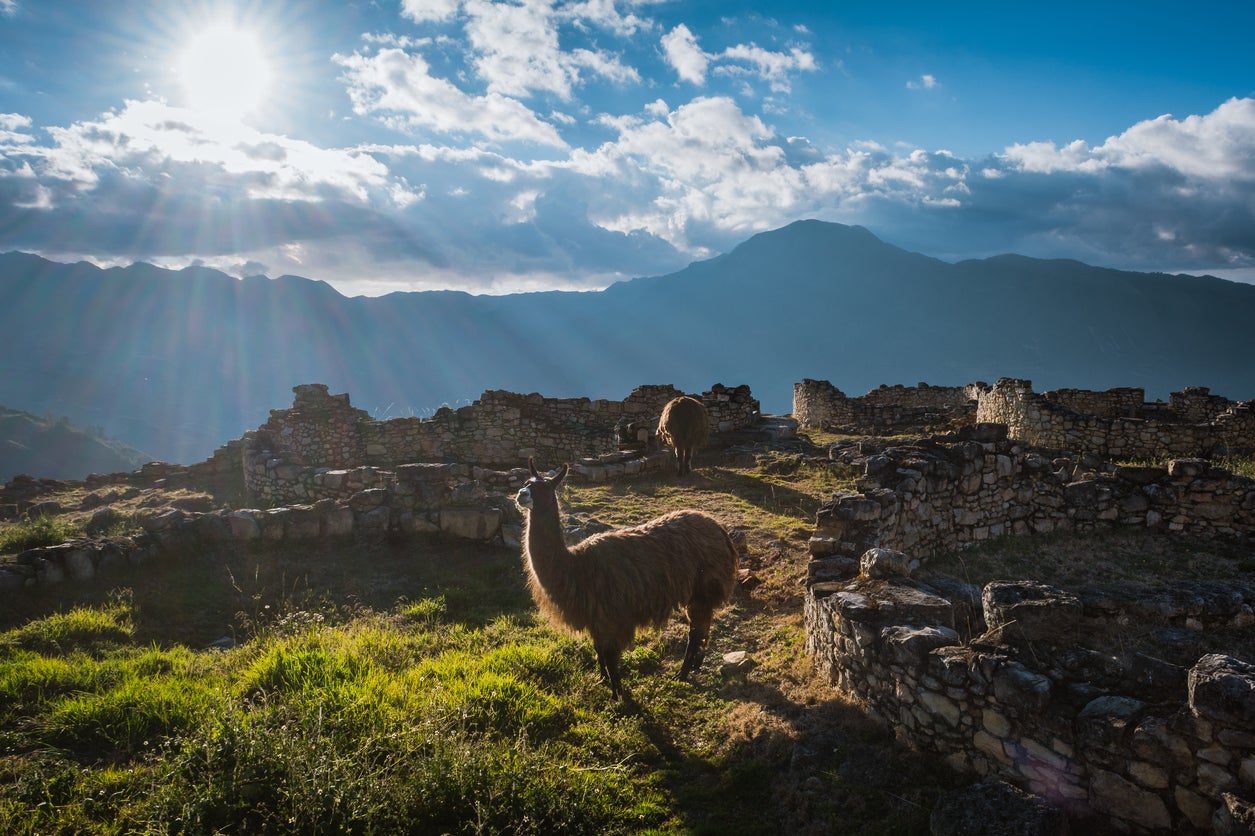 Although the Incas attempted to decimate the cloud warriors, recent scientific evidence shows the Chachapoyas people were not completely wiped out. A 2017 study published in Scientific Reports found that indigenous DNA originating from the Chachapoyas lives on today in descendants from the same area.

Their homeland, the fortress of Kuelap, was built between 600 and 900 years before Machu Picchu. It’s on a higher mountain and is a larger site than Peru’s most famous attraction in the south, yet until recently it’s been difficult to visit this fifth century citadel. Just 30 years ago the trek from Kuelap to the nearest road took a staggering two months to complete; up until last year, the journey still required a four-hour hike or an hour-and-a-half car ride up a windy, nail-biting mountain road. But in March 2017, a cable car was installed at an estimated cost of $20m, which covers 4km of the journey in just 20 minutes.

There’s still enough of a hike left to give visitors a bit of a challenge to enjoy as they make their way from the gondola along paved steps that wind through to the entrance of the great walled city. Horses are available to hire for those who need a little extra help. 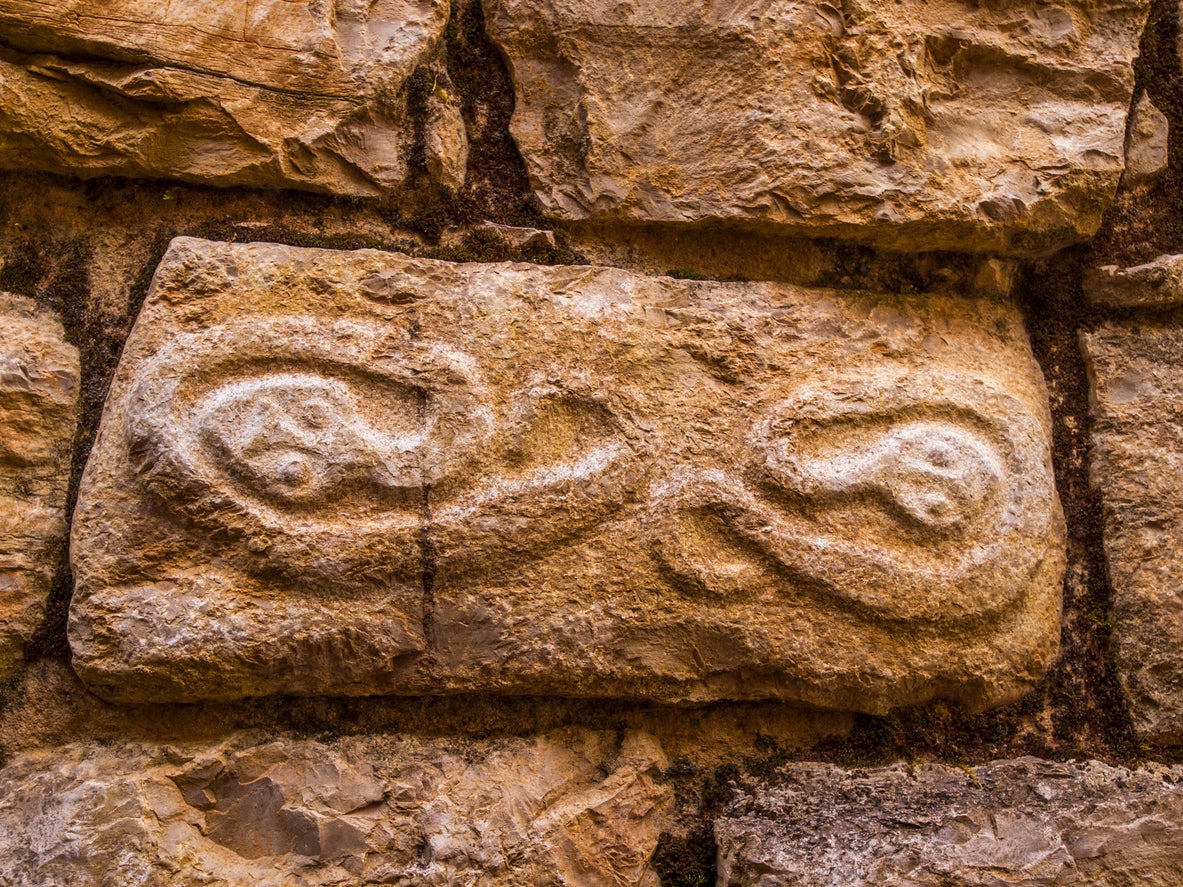 Just outside the entrance my guide stops us and produces leaves from the muña plant, sometimes called Andean mint. Passing the fresh, fragrant leaves from hand to hand, their aroma is released with each warm touch. Carlo instructs us to inhale the scent, believed to counter altitude sickness and act as an offering to the ancestors.

To get to the very top of the settlement, I climb up precarious, jagged stone steps covered in slippery moss. I gingerly make my way up the slope, searching for any tiny foothold and holding onto the sparse lengths of railing to haul myself up to safety. I press myself against the damp, cold stone to let other, more confident, climbers pass.

Carlo notices my absence by his side and hops expertly from step to step, helping other visitors scale the slope as he makes his way back down to the platform where I’ve hung back. With an encouraging grin, he beckons me to continue. This is the final ascent, the trickiest part – I am so close to the Kuelap settlements and the chance to look out from this cloud fortress; I can’t give up now. 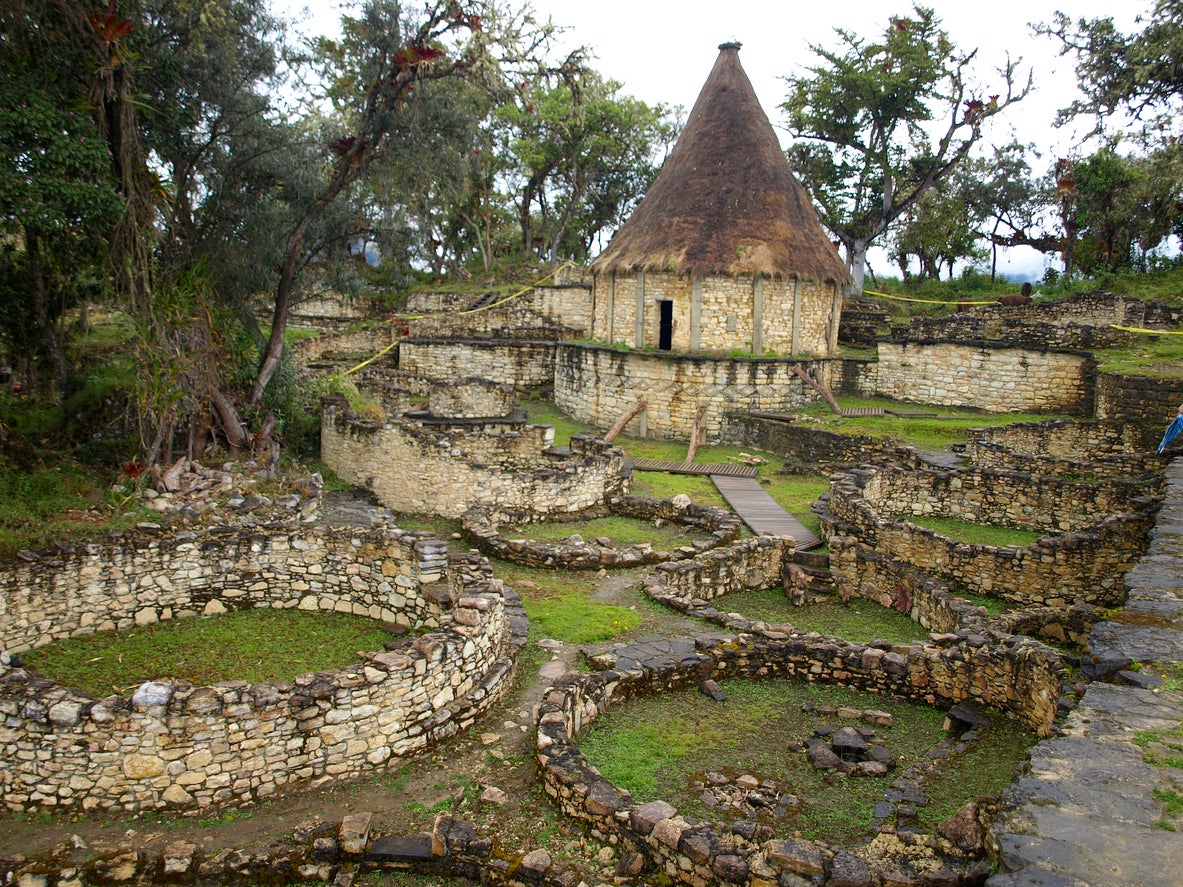 With Carlo’s help and advice – “Step there, no, on this one” – the ancient path is navigated in a few minutes and we emerge into the open, green space at the very top of the mountain.

I can feel the pulse in my neck as I take a moment to collect myself. A disinterested brown llama looks on, dew collected on his long eyelashes as he chews on some grass. Here, at the top of the world, I feel peaceful, contented – the only sound comes from my own ragged breath, and the humming of the llamas.

Machu Picchu is indeed a wondrous marvel that deserves its reputation. But with an over saturation of tourists, which often threatens the ruins, it might be worth looking further north for your dose of history – especially when it’s this magnificent.

Daily flights are offered from the UK to Lima by a range of carriers, including British Airways. Flights from Lima to Jaen are offered daily by Latam Airlines. From there, it’s a five hour drive to the site of Kuelap.

See what the rest of the region has to offer, from Gocta waterfall to the mummies of Leymebamba, by staying at the luxurious Gocta Lodge with views of the falls from the infinity pool. It’s a two-and-a-half hour car ride from Kuelap. Doubles from £200, room only.