IF anything sums up the North Korean dictatorship it’s this.

The Ryugyong Hotel in Pyongyang, nicknamed the Hotel of Doom, is a 105-storey structure which was conceived 30 years ago by Kim Jong-un’s grandfather, Kim Il-sung.

Work started on the hotel — which was touted to be tallest hotel in the world boasting casinos, nightclubs and Japanese lounges — in 1987. Three decades and an estimated $750 million or more later, the hotel still isn’t finished and hasn’t hosted a single guest.

North Korea’s over-the-top attempt to lure tourists to the infamous Hermit Kingdom has been plagued by construction problems, including cooked lift shafts and dodgy concrete, and was stopped in 1992 following the collapse of the Soviet Union and funding into North Korea.

Esquire has lampooned it as “the worst building in the history of mankind”.

“With Pyongyang’s official population said to range between 2.5 million and 3.8 million (official numbers are not made available by the North Korean government), the Ryugyong Hotel … is a failure on an enormous scale,” the magazine scoffed.

But now, satellite images of the Ryugyong Hotel show a number of construction trucks now parked outside the skyscraper, suggesting Kim Jong-un has ordered construction to resume.

Several new buildings, possibly used to accommodate workers, have also appeared nearby, The Sun reports, while tourist snaps on the ground show cranes on the site.

German tourist Till Mosler, who recently visited Pyongyang, said his guides had boasted of plans to open the hotel.

“During my stay I realised some work activity around the entrance hall and surroundings. It seems the area around the huge building will be prepared,” he told The Sun.

“Also our Korean guides told us that there might be plans to open some parts of the building for public or offices. But not the whole building so far as they know.”

The sudden activity at the futuristic, pyramid-shaped hotel follows the removal of a large wall blocking access to the site.

The wall, which carried the slogan “move forward to final victory”, was removed at some point over the northern summer.

North Korea expert Markus Bell, of the University of Sheffield, told The Sun the completion of the hotel had “symbolic importance” for Kim Jong-un.

“The Ryugyong hotel is part of a broader development push by the young leader, along with several other projects, including constructing new apartment blocks in the capital, a new airport, and a ski resort.

“It’s part of Kim’s effort to demonstrate to the people that things are improving under his leadership.

“The hotel is likely to be of particular importance to Kim because construction started under his grandfather, Kim Il-sung.

“Finishing construction would further connect him to his grandfather’s leadership. Most North Koreans I’ve spoken with over the years remember Kim Il-sung fondly.”

However, Dr Bell said the completion was unlikely to benefit ordinary citizens.

“As with many of these projects, it’s unlikely that the average North Korean will ever step foot inside the Ryugyong, let alone stay there,” he told the publication.

“This is a project that will only benefit the elites of North Korea.

“As such, the money, time, and manpower that’s been invested on this project could have been used in far more beneficial ways.” 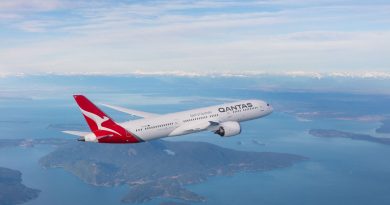 5 Museums to Enhance Your Understanding of Hawaii