Home » Destinations » Europe » 10 best things to do in Oxford

With its golden stone buildings, academic heritage and chocolate-box appeal, the city of dreaming spires has long been a hit with tourists from around the world. Here’s our pick of some of the best things to do in this historic city.

The Pitt Rivers Museum houses the official archaeological and anthropological collections of the University of Oxford. This atmospheric building was established in 1884 and is now considered to be an excellent example of middle Victorian neo-Gothic architecture. With an emphasis on learning, the museum also includes a series of shrunken human heads, made famous in the Harry Potter film franchise.

Founded in 1683, the Ashmolean is the oldest public museum in the world and the University of Oxford’s museum of art and archaeology. Its collections range from Egyptian mummies to contemporary art; current exhibitions include America’s Cool Modernism, which includes works by Georgia O’Keeffe and Edward Hopper.

Those seeking something more contemporary should head to the Modern Art Oxford gallery.

Take a wander in Port Meadow

Oxford welcomes tourists all year round, so if the hustle and bustle becomes too much, escape to the vast expanse of Port Meadow in the northwest of the city. Running alongside the river Thames, this is a perfect spot for a gentle summer stroll or wintery walk. Those wishing to venture further afield can continue their walk south alongside the Thames, cutting through Christ Church meadow to Iffley Lock and beyond. Fortuitously, there are a number of excellent watering holes at regular points along the way, including The Perch and the Head of the River.

See Oxford from a different perspective while floating leisurely along the river Cherwell. This activity is best accompanied by a glass of something cold and a picnic; just don’t forget to keep a keen eye on the many swans and geese that congregate along the river’s edge. 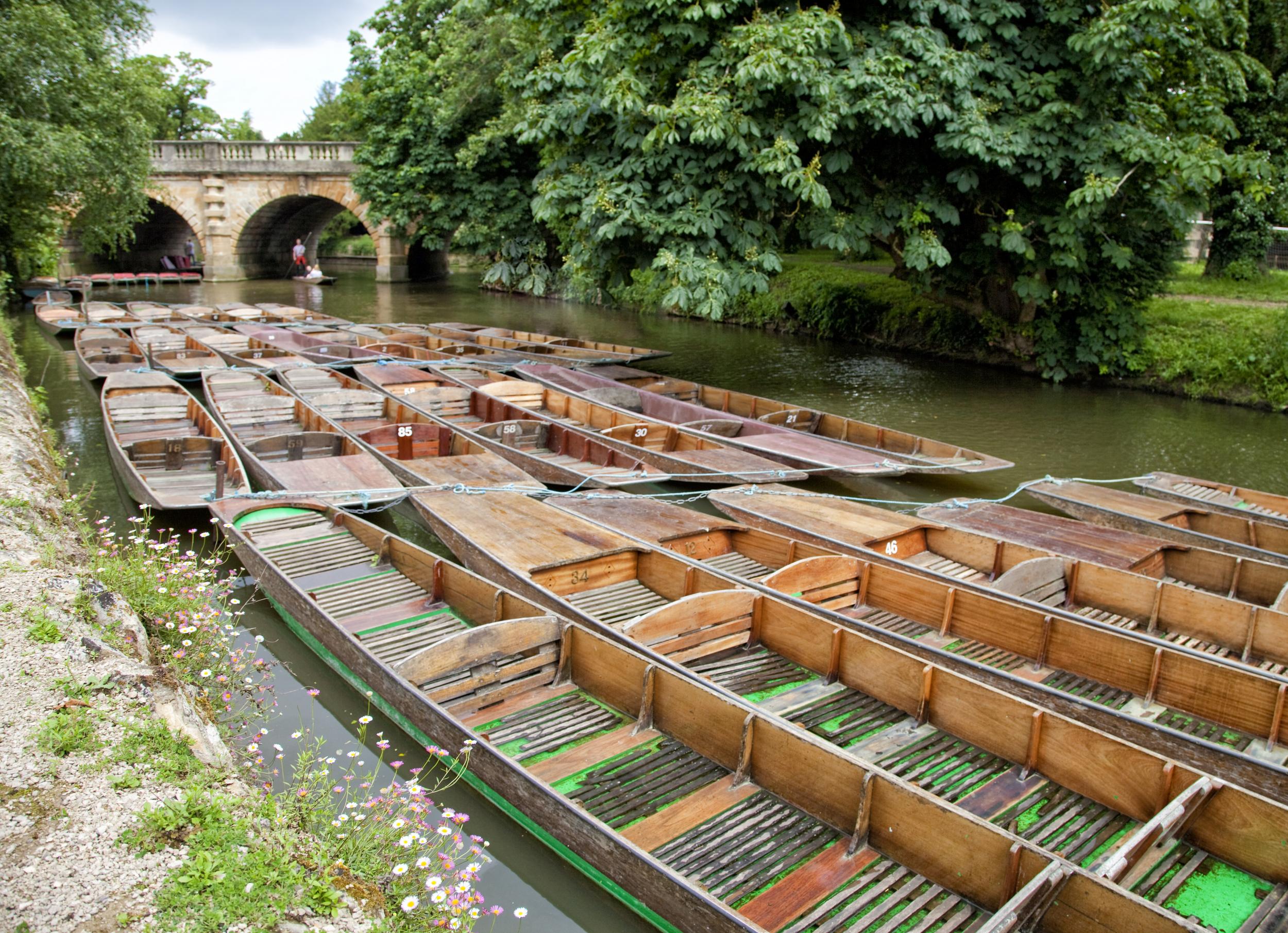 Music has always been at the heart of Oxford, with Radiohead, Foals, Totally Enormous Extinct Dinosaurs, Supergrass and Ride just some of the bands emerging from this city. While white boys in indie bands tend to dominate, there’s plenty more artists to discover if you look. The Young Women’s Music Project is a space for young women to make music and learn new skills, whose gigs are well worth your time and support. A weekly folk session, open to all, takes place every Sunday evening at the Half Moon Irish pub on St Clement’s and is a wonderful night out. On a larger scale, the annual Cowley Road Carnival offers an eclectic mix of music free of charge and takes place on 1 July this year. Bass and beats lovers should check out The Cellar and the Bullingdon (no connection to the infamous Oxford members club) which host a range of DJs throughout the week, from jungle to techno.

Check out an Oxford college

The University of Oxford is composed of 38 colleges, most of which are open to visitors and many of which offer guided tours. With some of the world’s greatest minds attending this hallowed institution, wandering among the ancient buildings and cloisters is a fascinating glimpse into a world denied to most.

Relax in the Botanic Garden

Founded in 1621, the Oxford Botanic Garden is the UK’s oldest botanic garden. Home to over 6,000 different species of plant life, this is an ideal spot for the green fingered and those craving some rest and relaxation. 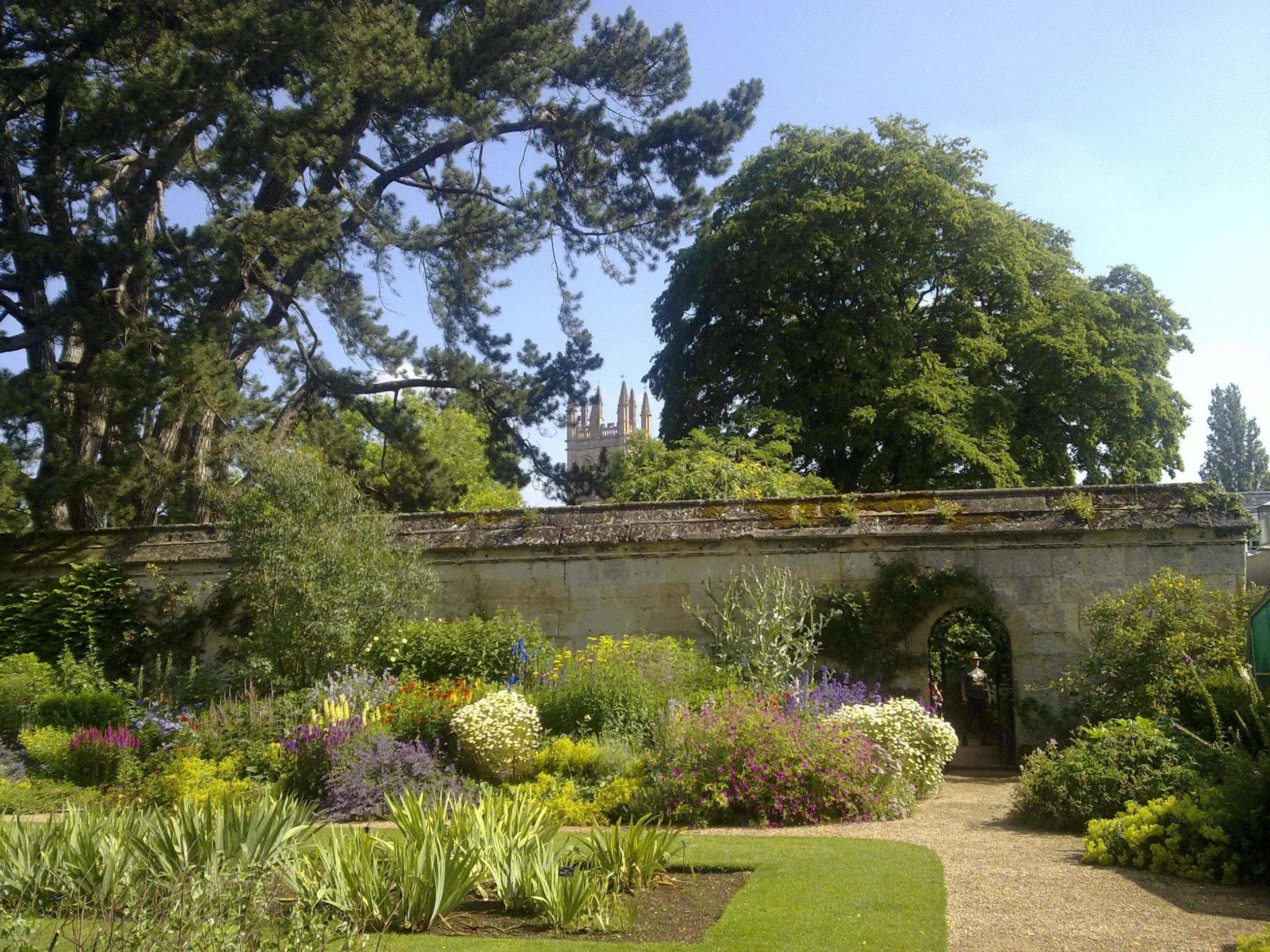 Oxford’s most recognisable building, this neoclassical wonder was built in the mid-18th century to house the Radcliffe Science Library. It remains part of the citywide Bodleian Libraries complex and its distinctive circular dome can be seen for miles around. The only way to see inside this great building is to book a tour of the Bodleian Libraries. This is time well spent and booking in advance is essential. 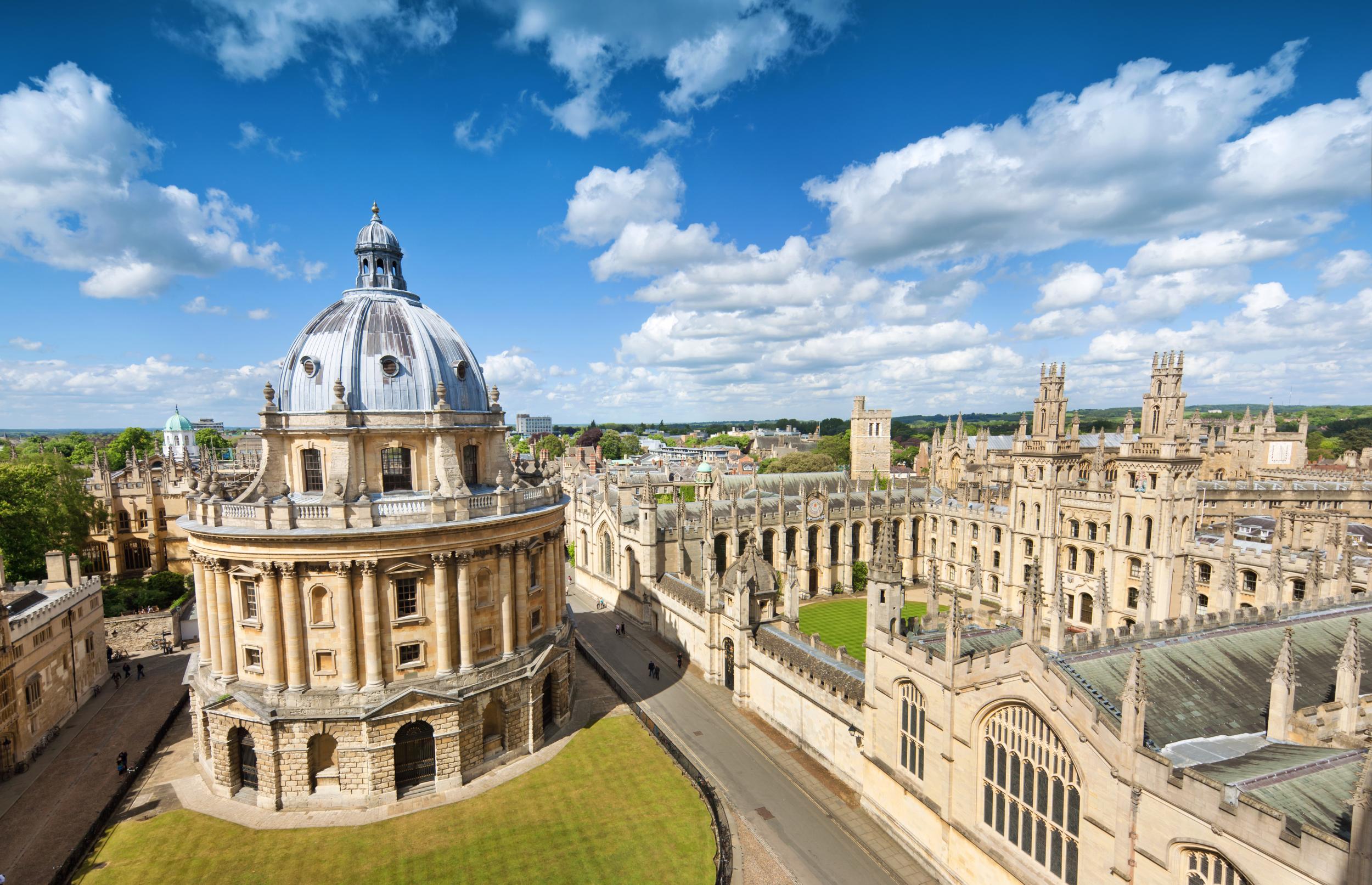 Grab a bite in the covered market

While Oxford certainly has its share of top-end eateries – The Oxford Kitchen, Gee’s and The Parsonage, to name a few – a more democratic dining experience can be found in the city’s Covered Market: a permanent selection of stalls and shops. Family butchers sit cheek by jowl with gelato outlets, vegetarian fare, pies, Thai food and traditional greasy spoons. Although the market closes at 5pm most days, foodies will be spoilt for choice.

Watch the sunset from South Park

For one of the best views of the dreaming spires, head to South Park in the east of the city, a beautiful green space with excellent panoramic views – the perfect place to watch the sun set. 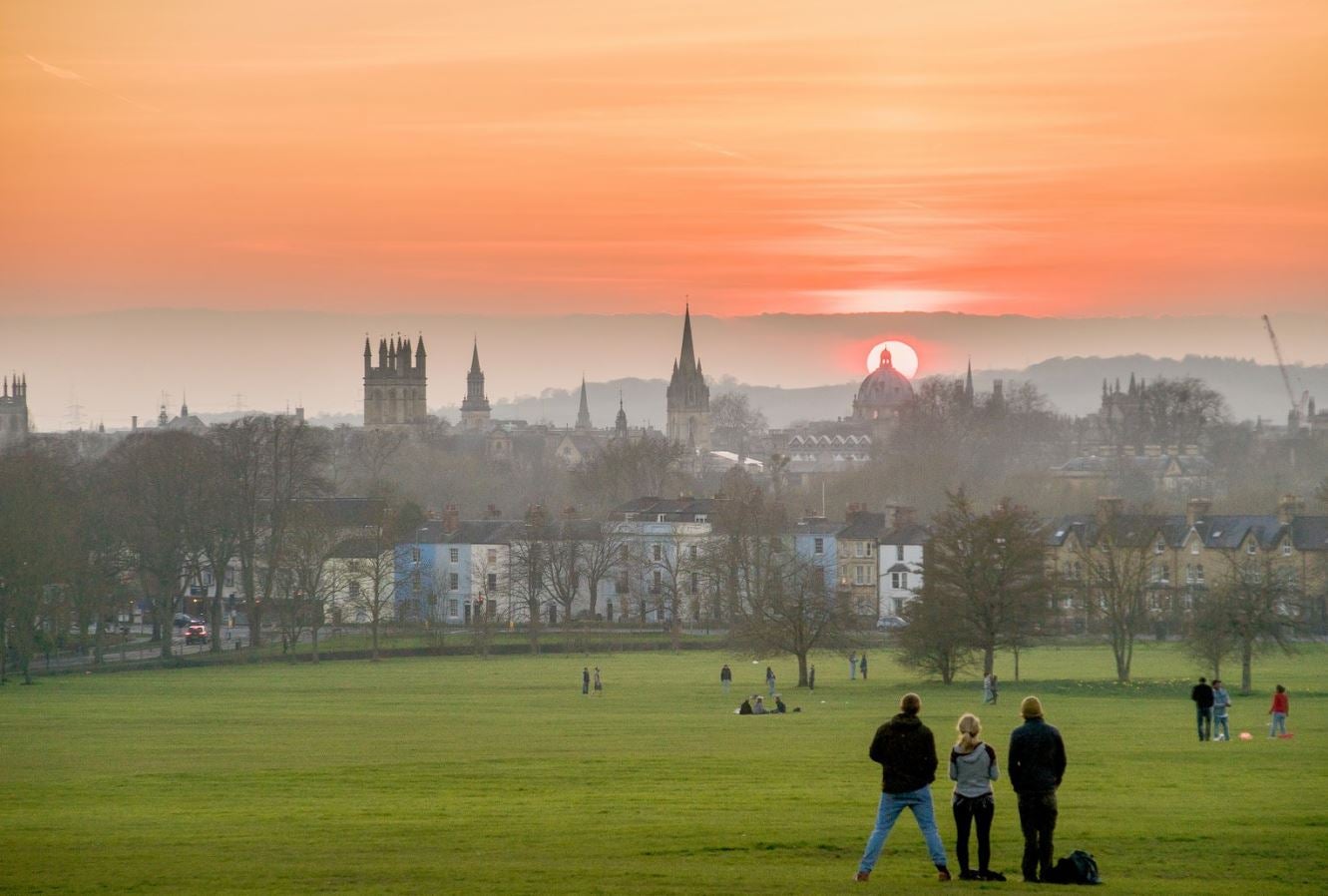 JRR Tolkien, CS Lewis, Iris Murdoch and Philip Pullman are all acclaimed authors who have lived in or been inspired by this magical city. Tolkien and Lewis used to meet regularly at The Eagle and Child pub on St Giles, which capitalises on this historic association. As you might expect from such an established seat of learning, the city is full of bookshops. Some of the best include Blackwell’s store on Broad Street, which has four floors of reading material, the first ever Oxfam bookshop (also on St Giles) and the Albion Beatnik Bookstore in Jericho, which holds a series of musical and literary events.

Explore Kangaroo Island with your caravan or camper trailer ·