If Kent is the garden of England, then the tranquil Quadrangle farm estate near Shoreham could be the poster child for the county. Behind the Victorian farmhouse lies a daisy-starred lawn and sprawling garden. A brook runs alongside herb patches and a newly planted wood; bees bimble around hollyhocks and gooseberries ripen in the late summer sun. For yogis, it’s the perfect setting to roll out a mat in the morning and do some sun salutations, or practice qi gong as the sun sets over the High Weald hills.

But the county of quaint villages, witch-hat-shaped oast houses and pretty farms like the Quadrangle has also been a battleground between those who want to welcome migrants into the country, and those who protest against them. Little wonder, given its position at the gateway to Europe, and the growing number of underage refugees arriving in Dover from Calais through unauthorised routes since the closure of the Dubs scheme last February.

Jessie Teggin, director of the Quadrangle Trust, is clear which side she’s on. Since 2009, the trust that her family set up has been running retreats for refugees. Since 2010, they’ve also run yoga retreats – the income from which has subsidised their charitable work.

The finances are simple: the trust is run as a social enterprise and fees from those attending the yoga weekends go back into the pot. The trust then offers charities such as Refugee Council and Refugee Youth the opportunity to book a weekend at the centre at a low rate. If the charities struggle to meet the affordable rates, Jessie offers them help to fundraise the costs of running the weekend. Part of the rental income from the centre’s five studios also subsidises the trust’s charitable work, as do camping and glamping weekends and events held at the site. 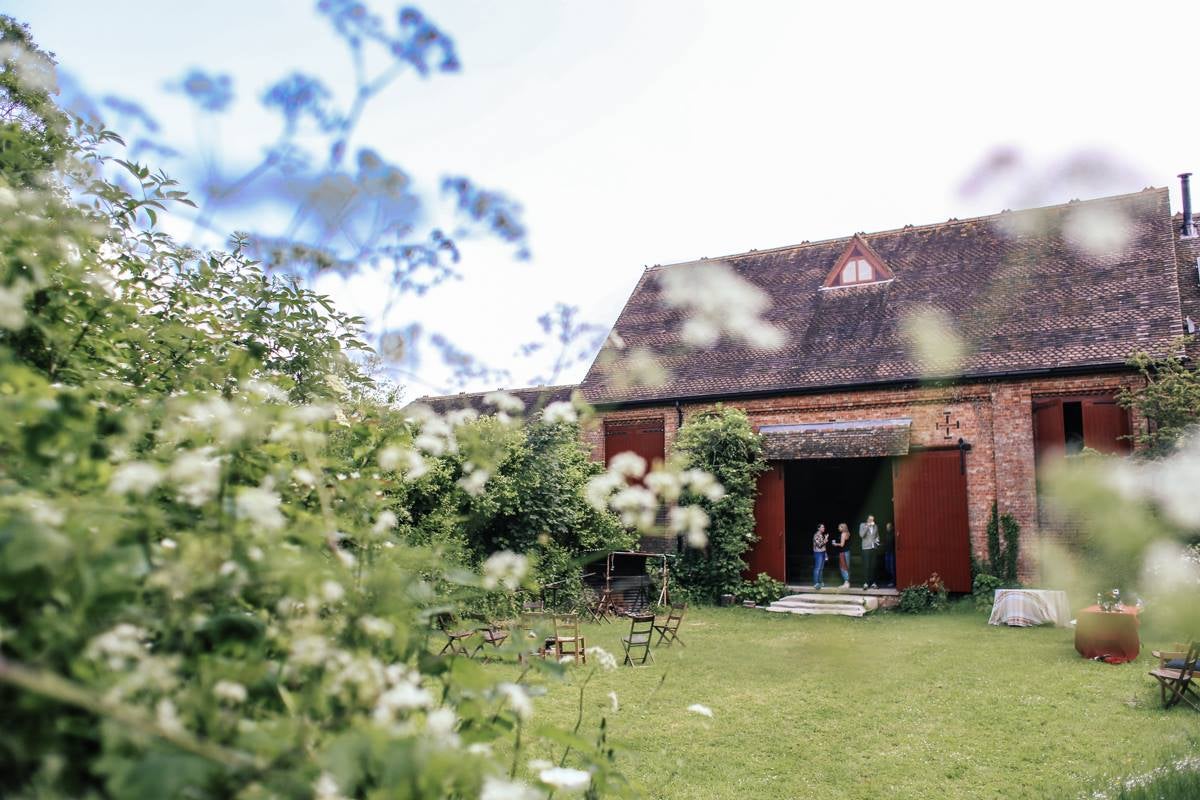 The Quadrangle centre was just a dilapidated farm when Mark Lintell first stumbled across it while out on a walk. He bought the site in 1974 and, after renovating, talked about wanting it to have a charitable future – a space for the wider community. But in 2006, when Mark was in his early sixties, he died of a brain tumour before having time to map out or plan his vision.

Jessie, Mark’s stepdaughter, came to the trust from a 15-year career in arts education events. She took over the direction of the trust and has been in charge of the programme of events at the Quadrangle since 2009. The first yoga retreat took place the following year, and was nicknamed an “ashram weekend” because Jessie wanted it to be like the places she’d visited in India: low-cost, with guests staying together in dormitories. Since then, they’ve run writing workshops, silent retreats and life drawing classes around four times a year, with the site’s proximity to the capital proving popular with Londoners. 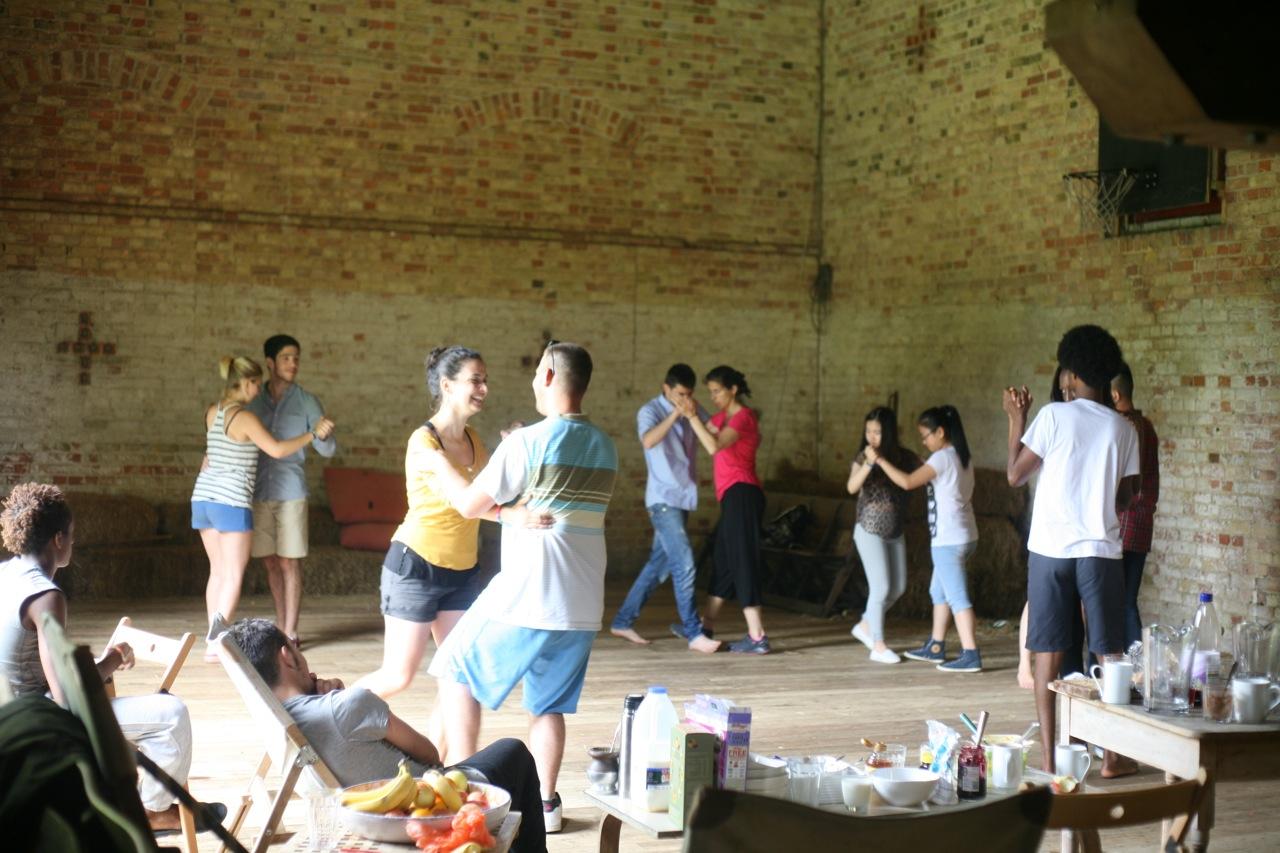 Joe Jakes, the youth development project coordinator at the Refugee Council, said the refugee residentials give children a chance to be children again.

“The Quadrangle Trust provided a beautiful and peaceful space for some of the child refugees we work with to enjoy much needed rest and fun. The residential trips gave children the chance to bond and make new friends and forget about some of the daily struggles and trauma they experience as children apart from their families and seeking asylum in the UK.”

Jessie says she feels particularly proud of the fact that visitors often leave with a real connection to the place: “When we first started designing and planting our forest garden, young refugees helped us plant the trees. A lot of them have come back over the last five years and they remember which tree they’ve planted.

“Something we really focused on is having a long relationship with the partner charities, and the young people themselves, and trying to make it feel like a welcoming open space that they can come to any time.“ 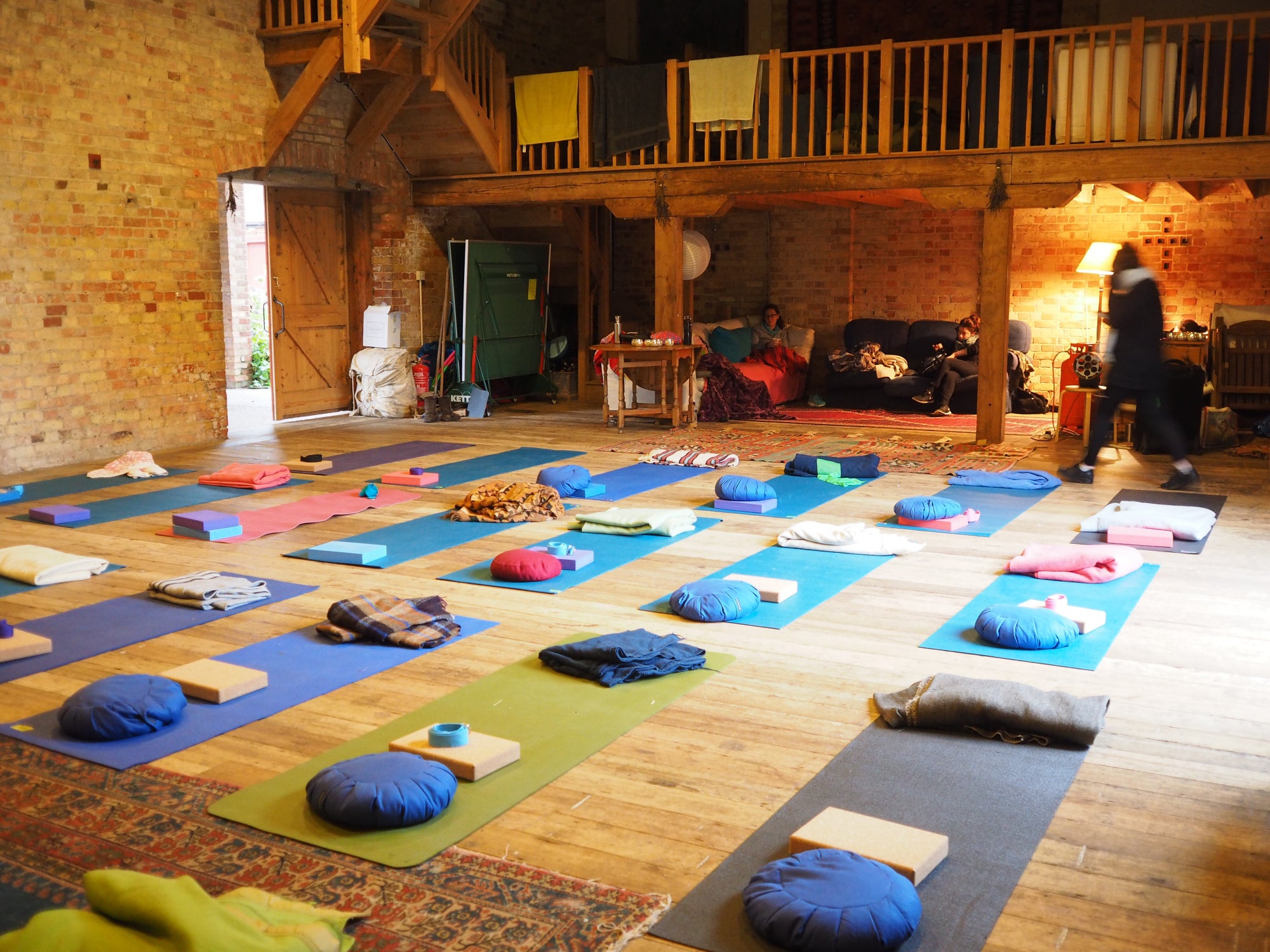 One particular memory she hangs on to was taking a group of young refugees, aged between 19 and 26, for a meditation walk last spring. The charity chose a walking meditation, rather than sitting, to head off anxiety participants might have felt being somewhere new and having to close their eyes or let their guard down.

“These young people from all over the world, none of them had seen bluebells before. There was something really extraordinary about being there with them.”

If going on a yoga retreat can make that happen, I’ll get my mat.

The next one-day yoga retreat at the Quadrangle will take place on 12 July, and includes two yoga classes, meditation tuition and practice and a vegetarian lunch for £65pp.