tanding outside my front door, the first sound that hits me is a motorbike revving its engine a few streets away. Next, the high-pitched frequencies of loud beeps flood my ears, and a drilling noise from nearby roadworks is momentarily drowned out by a delicate rustling.

I start walking, my ears picking up a symphony of noises: the clatter of dishes, a barking dog, birds tweeting, someone talking loudly on the phone. At one point, bizarrely, I notice the sound of a pigeon’s wings flapping as it manoeuvres itself above me in the air.

It’s a sunny afternoon in Lisbon and I’m taking part in a ‘soundwalk’ – a daily constitutional with an added deep listening element. I’ve gone back to basics to create my own stripped-back soundwalk, after recently completing a guided audio tour around the Arroios neighbourhood of Lisbon, where I’ve lived for just over two and a half years. 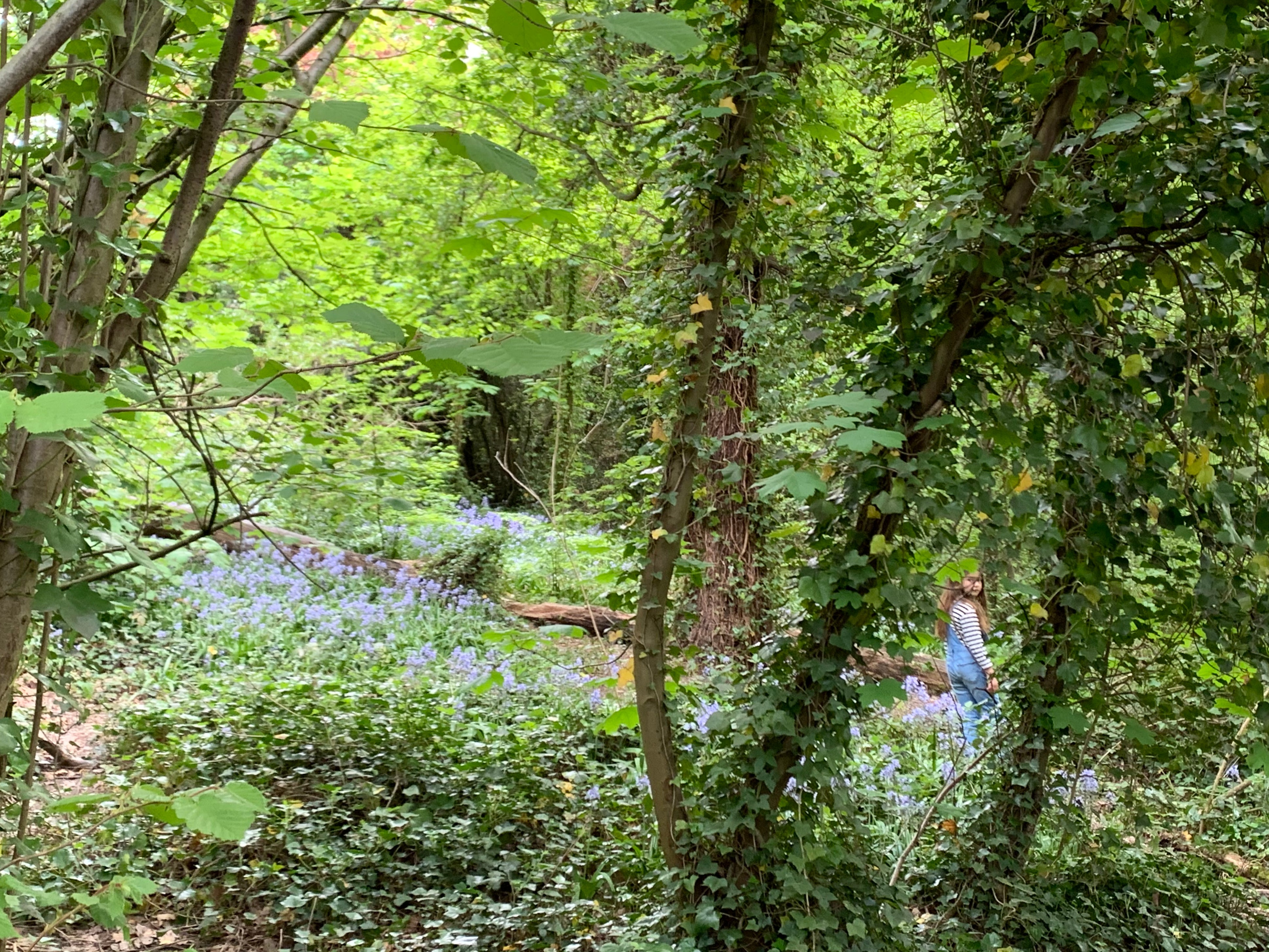 Listening walks like this can help us feel more grounded and connected to our environment, as well as providing the obvious benefits to our physical health. With its meditative dimension, the practice of soundwalking shares similarities with mindfulness – both lending their focus to participating in the present moment – and can offer a soothing balm in rough times.

The concept of ‘soundwalking’ was first established during the early 1970s by R. Murray Schafer’s World Soundscape Project (WSP), a Vancouver-based research group interested in the relationships and interactions between humans and sounds in an environment.

Pioneering Canadian soundscape composer Hildegard Westerkamp, a key member of WSP, described a soundwalk as “any excursion whose main purpose is listening to the environment”. As a trailblazer in acoustic ecology, Westerkamp was interested in recording and processing environmental sounds to document and raise awareness of environmental changes.

These days, the practice of soundwalking thrives online and is facilitated by smartphone technology. Apps like Echoes, SOUNDwalker and Gesso feature GPS-triggered audio tours from all over the world, with the option of creating and uploading your own soundwalks also available through Echoes. The collaborative outdoor storytelling angle of Placecloud and CGeomap also encourages users to record and upload culture-based stories to collate different viewpoints for different places.

There are sound-orientated sites that can be experienced without even having to leave the house, too. Earlier this year, the crowdsourced #StayAtHome project for Cities and Memories featured recordings of applause for the NHS all over the UK. 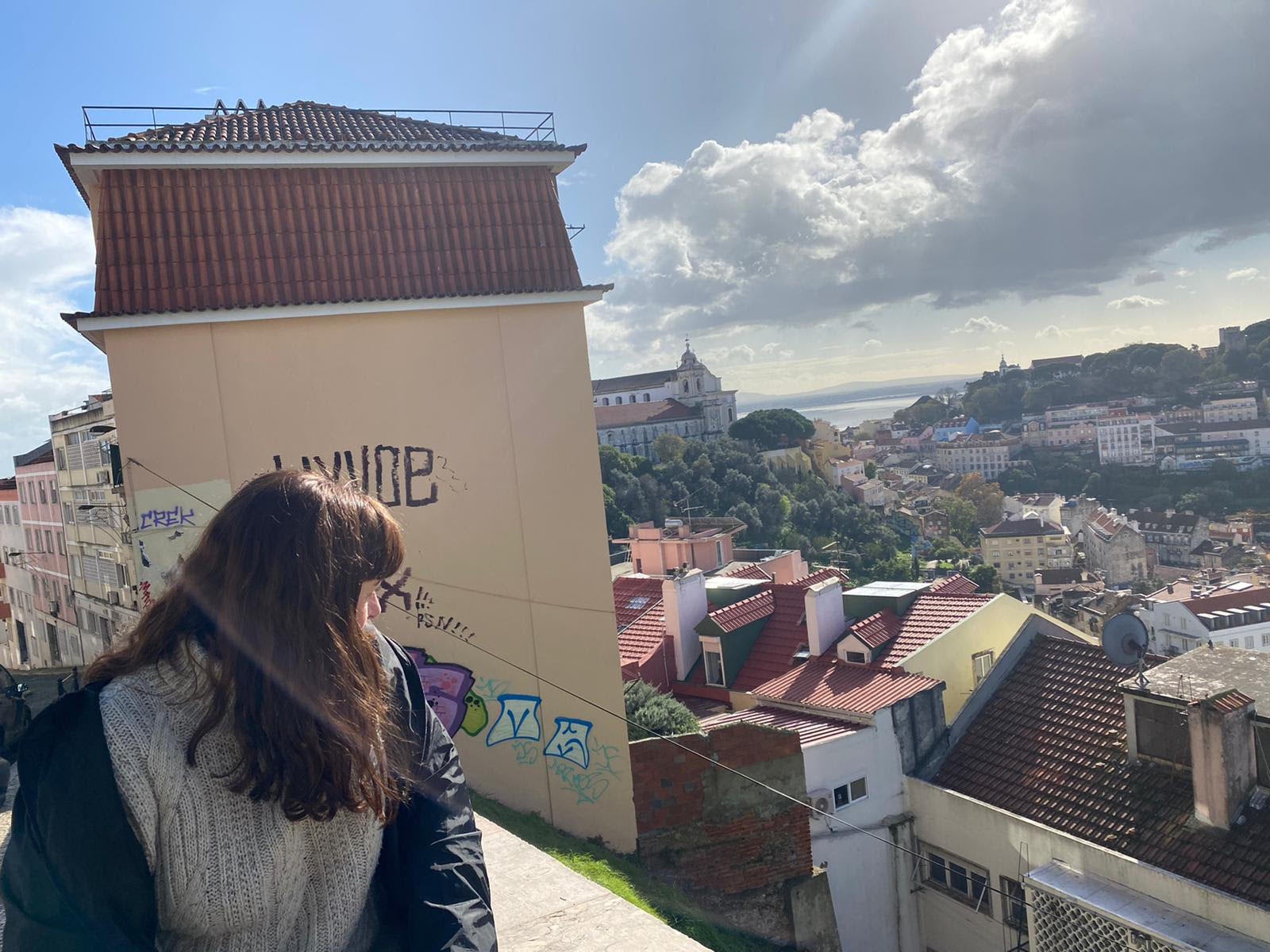 “Having a microphone and headphones can certainly draw your attention to things that you’ve never noticed before,” according to Dr Elizabeth Dobson, a composer and senior lecturer in music technology at the University of Huddersfield, who is also a co-founder of the Yorkshire Sound Women Network (YSWN). “You can start paying attention to smaller frequencies and changes and sounds that you would normally block out and take for granted.”

Earlier this year, Dobson launched her ‘#covidsoundscore’ project, inviting people to upload recordings from their garden or window at home. To date, she has conducted a number of soundwalks with YSWM – one in Huddersfield at dusk focusing on machinery, ventilation, water, and another near Todmorden, which included listening closely to a windmill.

Dobson is also an advocate of simple listening walks, like the one I recently carried out. “You don’t need a microphone or any equipment – you can start from your front door,” she suggested. “Try breaking down what you’re listening to in terms of proximity to where you are, so your own breathing, and then try to open out your listening to what is on the same street and what is in the distance. You can go from low frequency up to high frequency and then once your ears are in tune with those you can start walking anywhere and start seeing what draws your interest.” 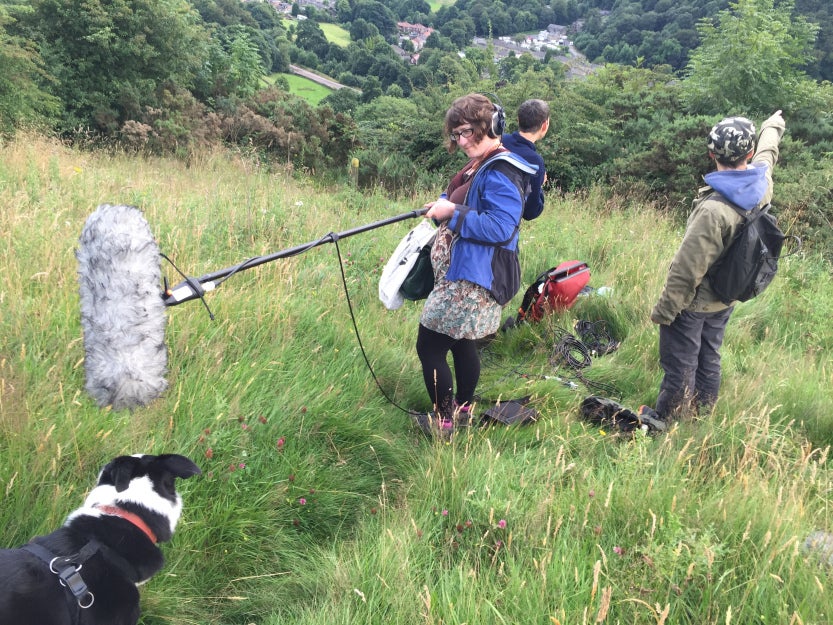 For multimedia/conceptual artists Mendi and Keith Obadike, “walking and listening can give one an opportunity for reflection and recentering yourself in a profound way.”

In 2018, the married duo launched their free Compass Song sound art app, which allows users to walk around Times Square in New York while listening to the sounds of the city with fragments of music, poems, and songs. The piece was commissioned by the Times Square Alliance.

“Before making Compass Song we spent a lot of time thinking about the sounds that humans make while walking. We asked ourselves: how does listening guide us when we walk?” According to Mendi and Keith Obadike, Compass Song was inspired by the ways in which sounds and silence have been used in political marches by African-Americans from 1917 to the present.

With its meditative dimension, the practice of soundwalking shares similarities with mindfulness and can offer a soothing balm in rough times

“We ended up centering our piece on an African-American spiritual [song] entitled Walk With Me, which we sang across many miles of our sound walk,” they said. “We felt that this special song was able to support all of these forms of walking and listening. And all of these forms of listening – from the musical, to the meditative, to the political – informed the soundwalk in Compass Song.”

The Home-Makers sounds project, which launched in the spring, enables listeners to go for a walk, virtually or otherwise, with sounds made by migrant domestic and care workers in the UK. The project was helmed by Dr Ella Parry-Davies at the Royal Central School of Speech and Drama, and features everything from a garden soundscape to a tantalising pan of champorado (Fililipino chocolate rice porridge) being cooked. The topical piece Covid bayanihan was recorded at the Tesco Metro near London’s Battersea Park. 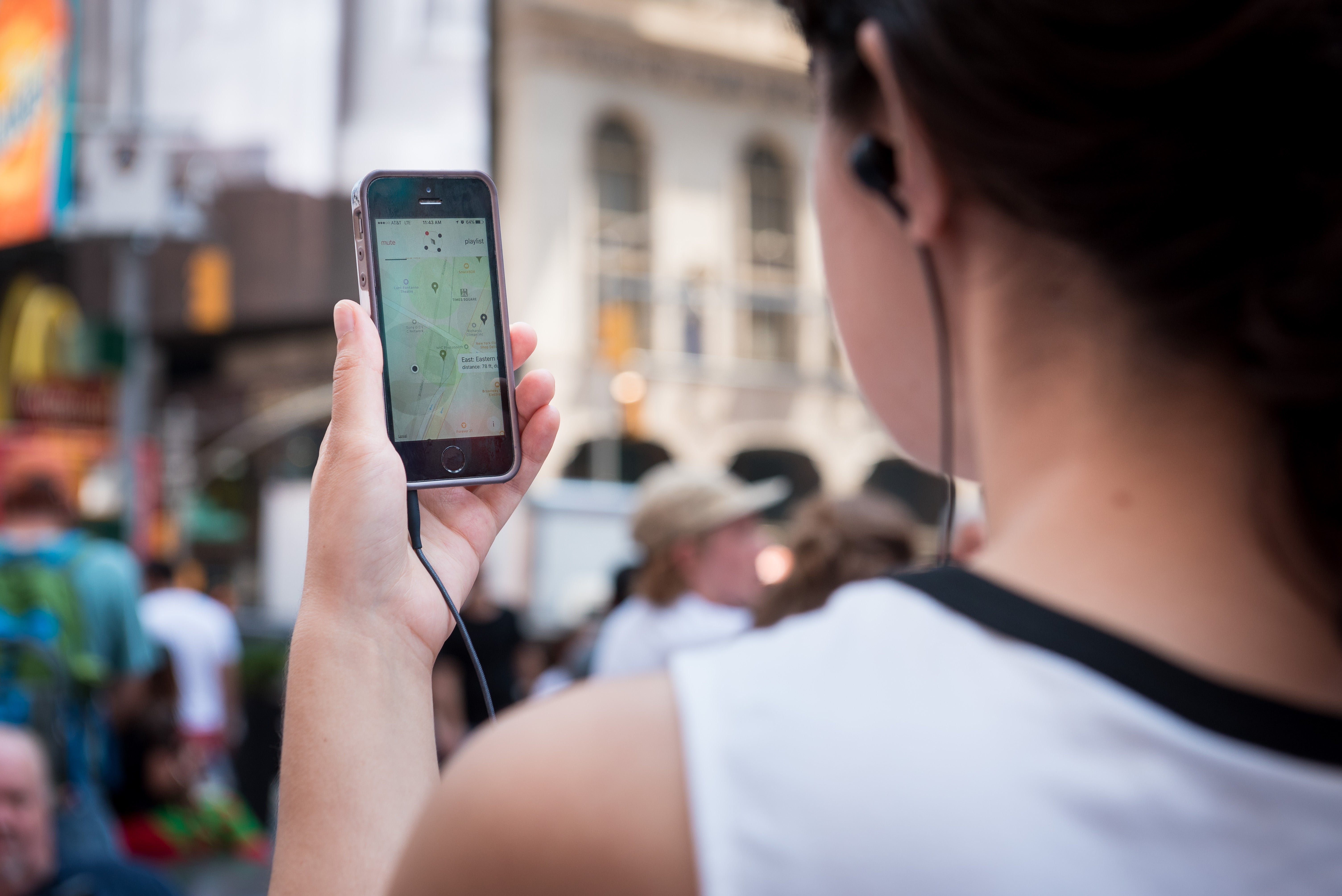 Available in podcast form on SoundCloud, Leonor Teles’ Arroios, All Around took me through my local area, interspersing chunks of history about abandoned cinemas and luminous fountains with locally recorded soundscapes, while also prompting me to think about light and perspective. I came away feeling informed, and keen to pay closer attention to the sounds, sights and buildings that exist right under my nose.

As we increasingly look for outdoor and at-home activities to participate in during the pandemic, soundwalks can offer a unique way to explore our hometowns, cities – and even other parts of the world. As an important mapping exercise, they document changes to a landscape and can offer multiple benefits, ranging from educational storytelling to physical exercise.

It’s a change of focus from what we’re seeing to what we’re hearing. Pay closer attention to the sounds around you, and you could just score your very own locally sourced symphony.