On a clear night in central Oslo, after the sun sets quickly and a slight chill materialises in the air, about two dozen people gather to enjoy a meal and discuss the future of food. The host site, an urban farm known as Losaeter, isn’t like any farm I’ve seen before: fields full of heritage grains, highly productive terraced gardens and an outdoor communal planting space that also serves as a local green education initiative surround the bakehouse, a spectacular hybrid sculpture and gathering space that’s been constructed from an old boat frame topped with a green roof.

A group of cooperatives – led by the Futurefarmers, Flatbread Society and the Future of Food collective – is using this thriving urban farm, which has steadily developed over the past five years, to raise questions about how to responsibly grow food and eat it.

Losaeter is an up-and-coming destination, but with a rich underlying philosophy relevant to understanding both historical and contemporary Norway. In addition to baking bread and taking in the gardens, visitors can participate in special events, from hosted dinners and afternoon foraging to art installations and lectures. One participant describes it as “a cultural institution without walls” – and the definition rings true.

The first course of the evening’s meal is a secret, served outside on a dimly lit terrace. Magnus Morveto, part of a group called Food Evolution, excitedly ladles a warm liquid into metal cups, a smirk playing across his lips whenever a diner presses for more details. The liquid, a simple yet rich and meaty broth, is comforting as we zip up our jackets and shiver slightly in the chilly evening air. 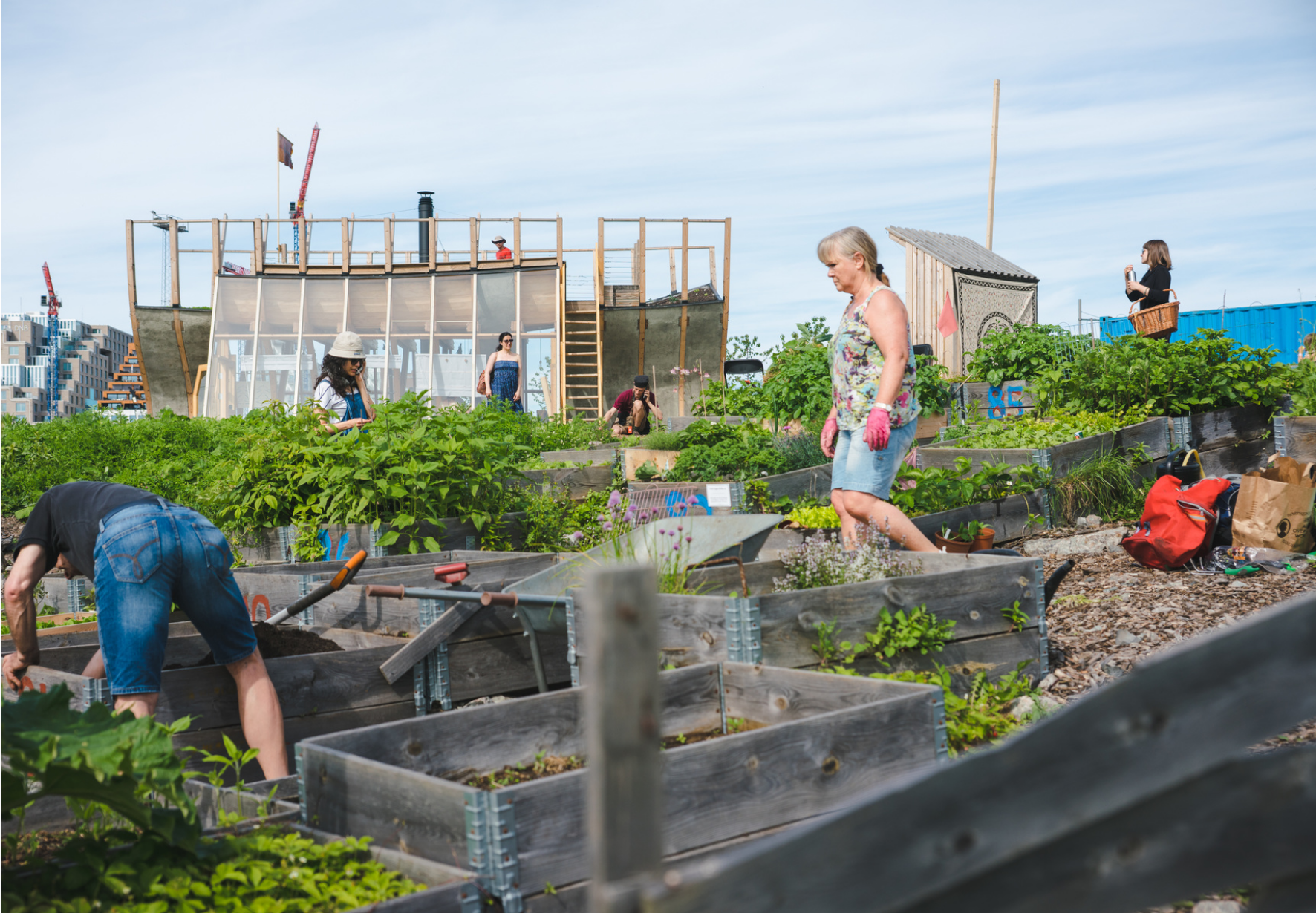 Morveto eventually relents and reveals the provenance of the soup: “It was a cow, but an old cow,” he says to pin drop silence. “It was a cow that nobody wanted but I’ve used the bones to make this broth, and I’ve used other parts of the cow to make some of the rest of the meal.”

The meals of the future, commonly seen through a lens of technology, are often discussed in terms of adapting insects and algae to our lazy palettes or developing mass-market astronaut packs. But at Losaeter, the future of food is framed as a return to community practices, a shift towards more sustainable meat and an embrace of indigenous plants that aren’t constantly fighting their surroundings. The collective at Losaeter wants to revive the art of growing food and home baking, and highlight neglected parts of animals and densely nutritious plants like seaweed. 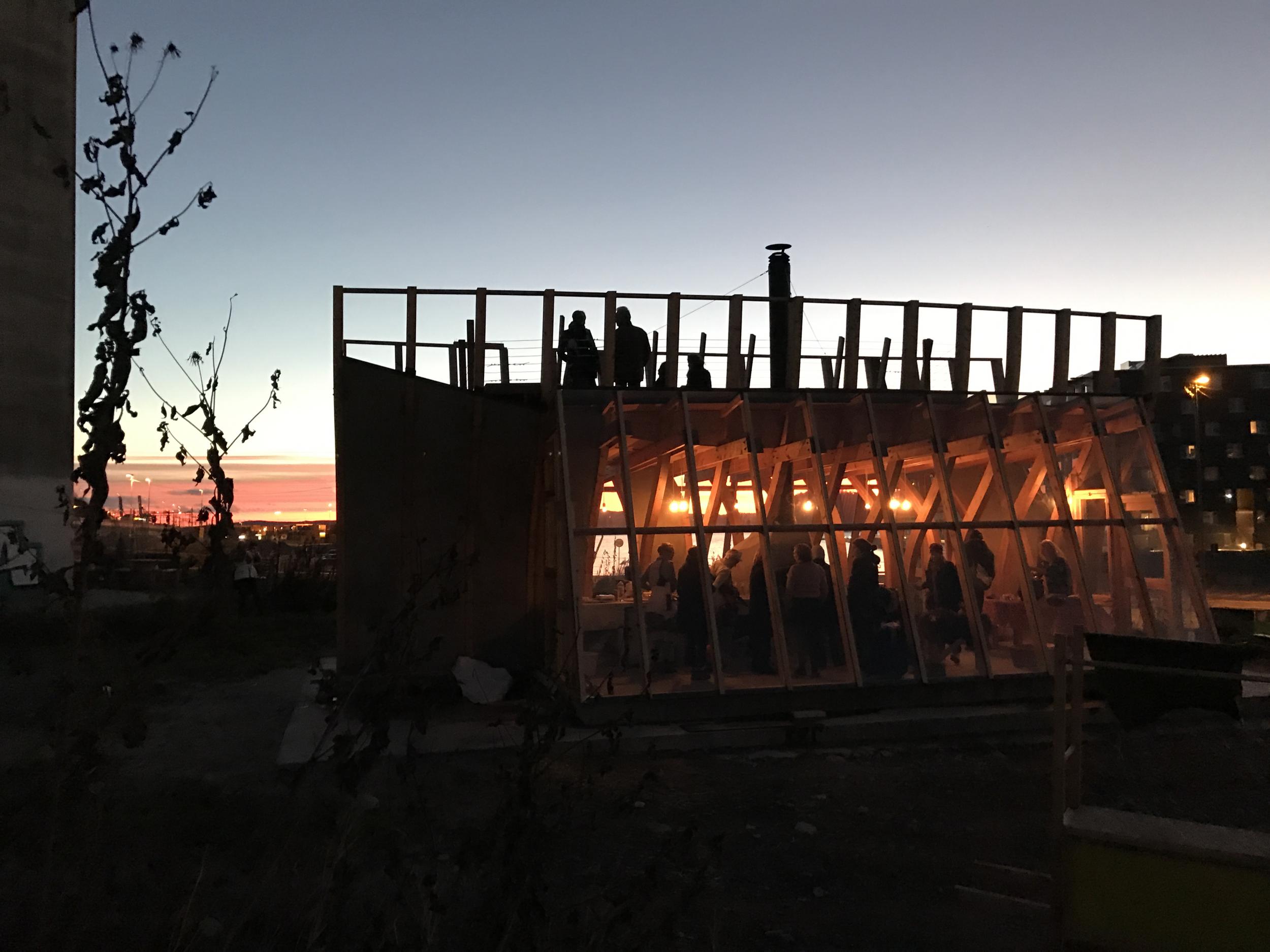 In other words, Losaeter preaches the gospel of common sense: community spaces for cultivating crops proven durable in a particular region, the reclamation of lost artisan skills, the health and social benefits of DIY and dirt, and working communally to reduce waste. “The future of food is all about facilitating talk, about giving people real practical knowledge with plants and social experiences to help them understand sustainability,” says Morveto.

The group finishes its cups of soup and moves up the hill and inside the warm and beautifully lit bakehouse. Guests arrange themselves at long, wooden communal tables topped with small bunches of wildflowers. There are hanging centrepieces full of edible and surprisingly ornate crunchy kale, and the lights of downtown Oslo sparkle in the near distance. We’ve reached peak hygge. 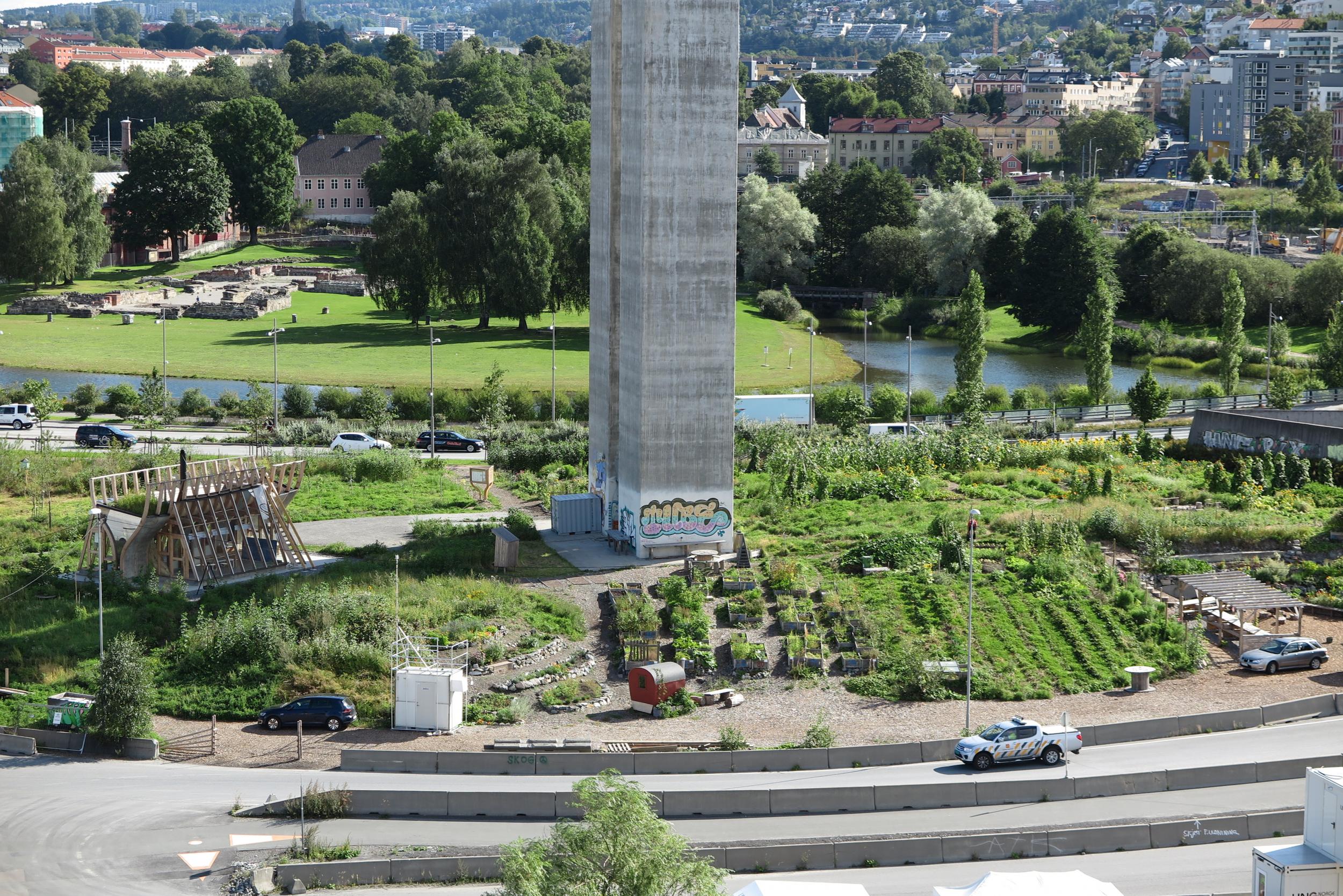 The next course is a bean soup with pumpkin seed pesto served with freshly baked bread, followed by a cut of medium-rare beef (from that cow, yes) with carrot, pumpkin and swede purees. The wine is biodynamic and all courses come with a short, joyous speech about the virtues of sustainability. Nothing is dazzling, but it is all elegant, simple, tasty and – other than the wine and the old cow – produced and prepared less than 100 feet from the dinner table.

Anne Beate Hovind, who collaborates on a number of public-private art installations across the city and who serves as the evening’s formal host, explains Losaeter is a project of reclamation – that this area, so close to Oslo’s modern metropolis, was once farmland.

“The bakehouse was made from the frame of a ship that used to rescue sailors, and now we’re rescuing grains,” she says, describing efforts to seed indigenous grains that encourage biodiversity. “Norwegians have long fought nature but now we’re returning to it.”

Dessert is a whole baked apple topped with sour cream and a crumble made from buckwheat, a hearty and nutritious plant that grows well in Norway’s northern climate. Dinners like these are held weekly; there’s now a city farmer and city baker on staff, who guide visitors through planting and harvesting, cultivating yeast and developing the perfect crust.

At Losaeter, they don’t yet have the resources to host dinners every day but, as the guests finish the last dregs of their wine, Hovind wants to make clear that their door is, at least metaphorically, always open. “We want people to come and farm and bake and to understand the connection,” she says. “Everything starts in the soil.”

Comfort Hotel Grand Central is a modern option located right in Oslo’s central rail station (with convenient access to the airport express train). Rooms are modest but clean and comfortable. Doubles from £122, room only.

More Krak for your euro: 'Krakow is arguably Poland's masterpiece'

STUBA hits the road in Italy ·