“Welcome to the longest 11 miles you will ever travel,” says Stuart Ross. As minibus driver, Stuart will steer us – or more accurately, bounce, bump and nudge us – across what is almost certainly the worst-maintained road in Britain to our destination, Cape Wrath.

Tucked away in the top left-hand corner of the UK, Cape Wrath is Britain’s most northwesterly mainland point. Wild and remote, the name sounds appropriately gritty but its provenance is more mundane: it means turning point (“hvarf”) in Old Norse and was a moniker given to the headland by Viking oarsmen during their tours of the British coast in search of booty.

The Cape is not much easier to reach than it was in Viking times. I’ve tried on three earlier occasions to get there and each time been beaten back by uncooperative weather (blue skies can shift into force 9 storms in a twinkling here).

This time, too, it looked like I was to be thwarted. Cape Wrath sprawls over 50,000 acres and is home to the largest bombing range in Western Europe. UK and other European forces plus Nato jets and navy ships fire live shells (including, allegedly, uranium-tipped missiles) into the barren landscape as a way of fine-tuning their latest toys and gadgets. When they come out to play, they close down the road and access to Cape Wrath.

Usually, a tacit understanding exists between the military and the nearest village of Durness that exercises are suspended during the summer. This year, controversially, the MOD shut the range down in the middle of August, the height of the season when perhaps three dozen people (this represents mass tourism here) try to reach the Cape every day. 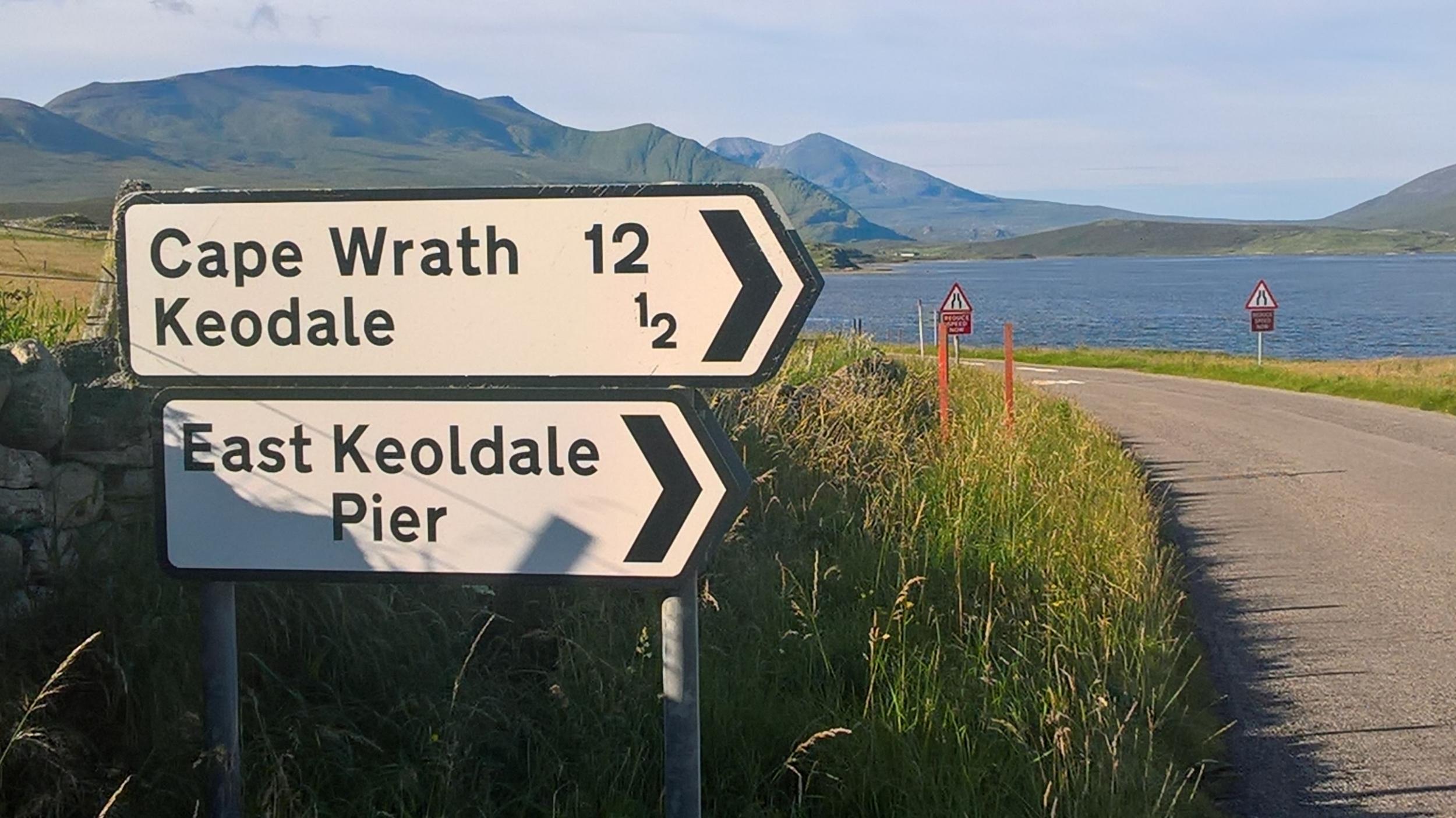 There was a small window: after three days of lobbing shells from the sea into the moors, the navy had scheduled a day off. That was time enough for the civilian logistics of visiting the Cape to be put into action.

Reaching the Cape requires some planning. You can walk in from the south, a hike of two days over open ground, or you can travel from the village of Durness. In the latter case, the Cape is reached by ferry across the Kyle of Durness from a jetty at East Keoldale followed by the minibus journey along the old lighthouse road. I planned an in-between option, taking the bus to the Cape and walking back out along the road. Even this, though, has a ring of uncertainty around it. The day before I’d phoned the ferryman about walking from the Cape. “Ask the driver,” he said. So, today, I ask Stuart, the driver: “Ask the ferryman,” he replies.

We wind through desolate moorland. Some potholes are large enough to swallow a small car. The road, official name the U70, is 180 years old and may possibly not have been repaired since it was laid down. 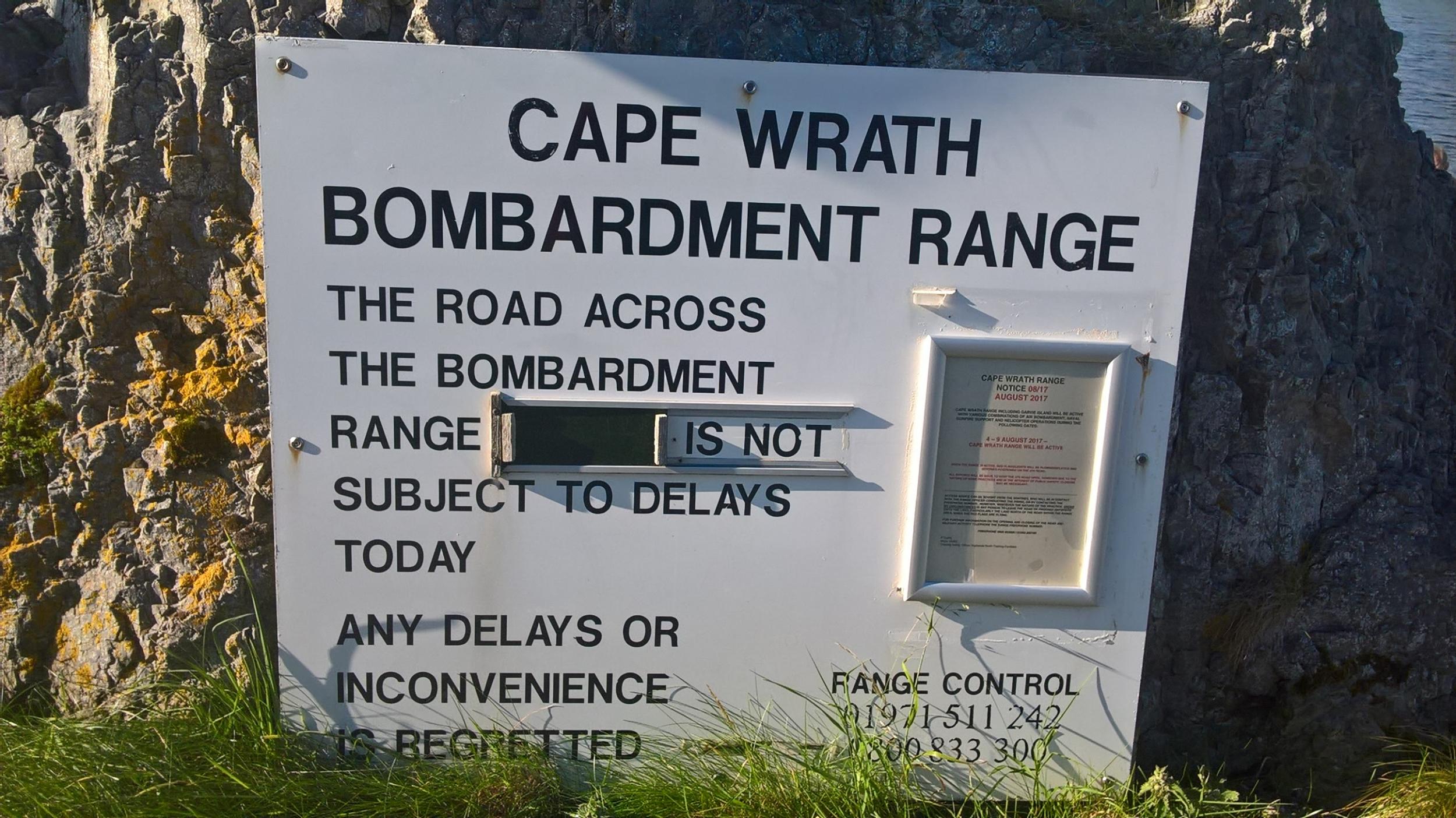 “We just hope one of the jets misses their target and takes the road out, then someone will have to fix it,” says Stuart.

An hour later, we reach the Cape and it’s as elemental as I’d hoped: a lonely lighthouse, stone walls with no backs to them that teeter on the highest cliffs (281m) on the mainland. The sky is clear and I can see the spiky pinpricks of North Rona and Sula Sgeir islands 40 miles to the north. To the east is Dunnet Head, the most northerly point of Britain, and the outline of the Orkney island of Hoy.

I don’t have much time to let the view soak in as I need to hike the 11 miles back  in time for the last ferry. I grab a coffee from the tiny Ozone cafe and head down the road, soon leaving the lighthouse paraphernalia behind. 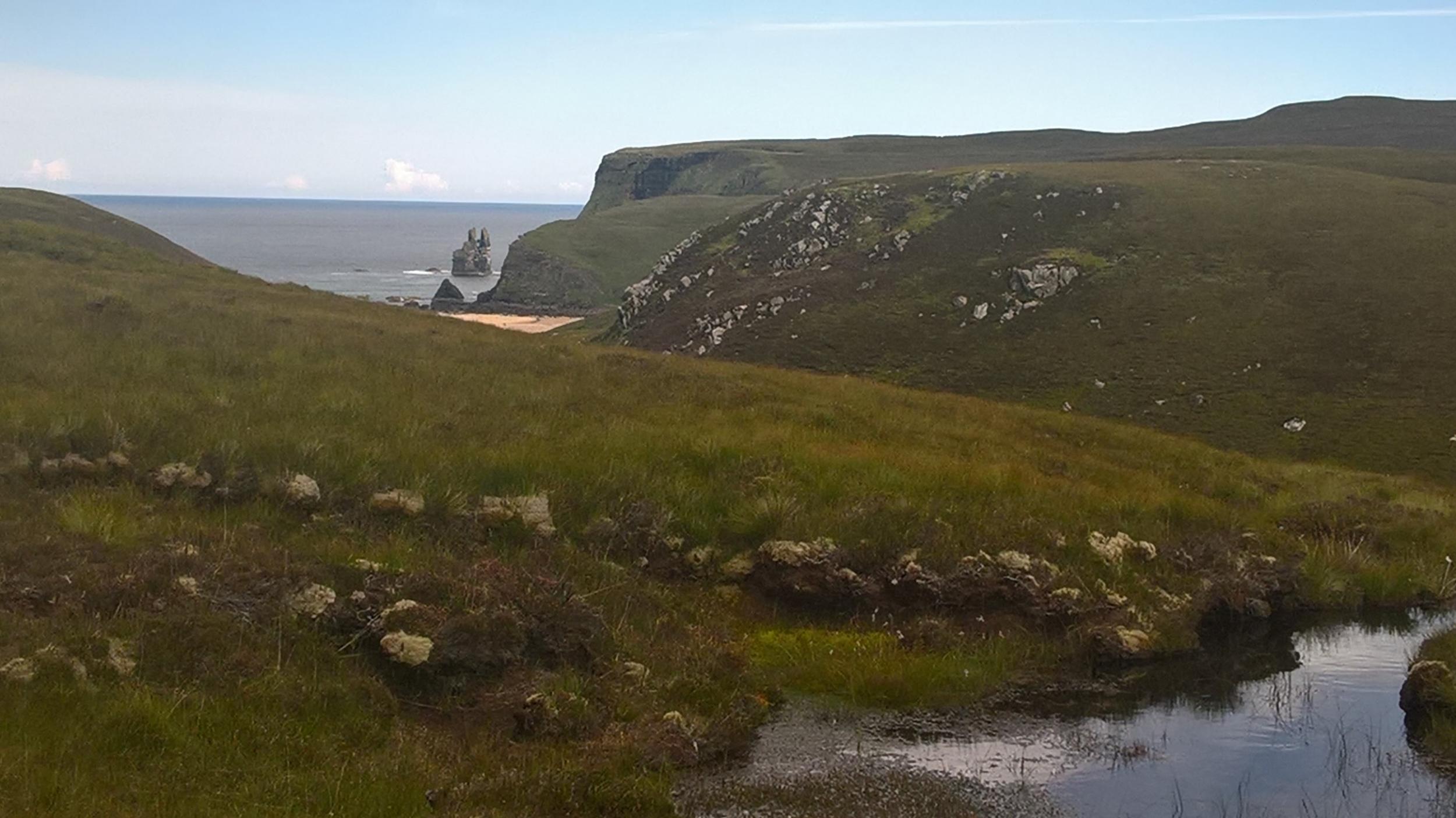 The views are consistently, enduringly breathtaking. At the first crest in the road Sandwood Bay, arguably the most hauntingly gorgeous beach in the UK, guarded by its attendant sea stack, emerges. Then the route flicks inland and for the next four miles the only sign of human presence is the sight of large shipping containers dropped in the moors which are used for target practice by the air force. Red deer amble between them.

The cackling of ravens, the liquid gurgling of the whimbrel, carries for miles, echoing off the vast, bony mountains and moorland wastes. I cross a couple of lonely bridges over delectable burns and pass unmanned army observation and sentry posts, daubed in chequerboard colours. Frequent roadside notices caution against wandering too far lest you step on an unexploded ordnance. Every 20 minutes or so I pass a milestone; my favourite is milestone eight, with its sketch of a puffin.

Despite the remoteness and the surreal context in which the next day the RAF will bomb and pummel the hell out of this landscape, I’ve rarely enjoyed a bleak walk so much. As long as I don’t disappear down any of the cracks in the road I can’t come to much misfortune, and it’s impossible to get lost. 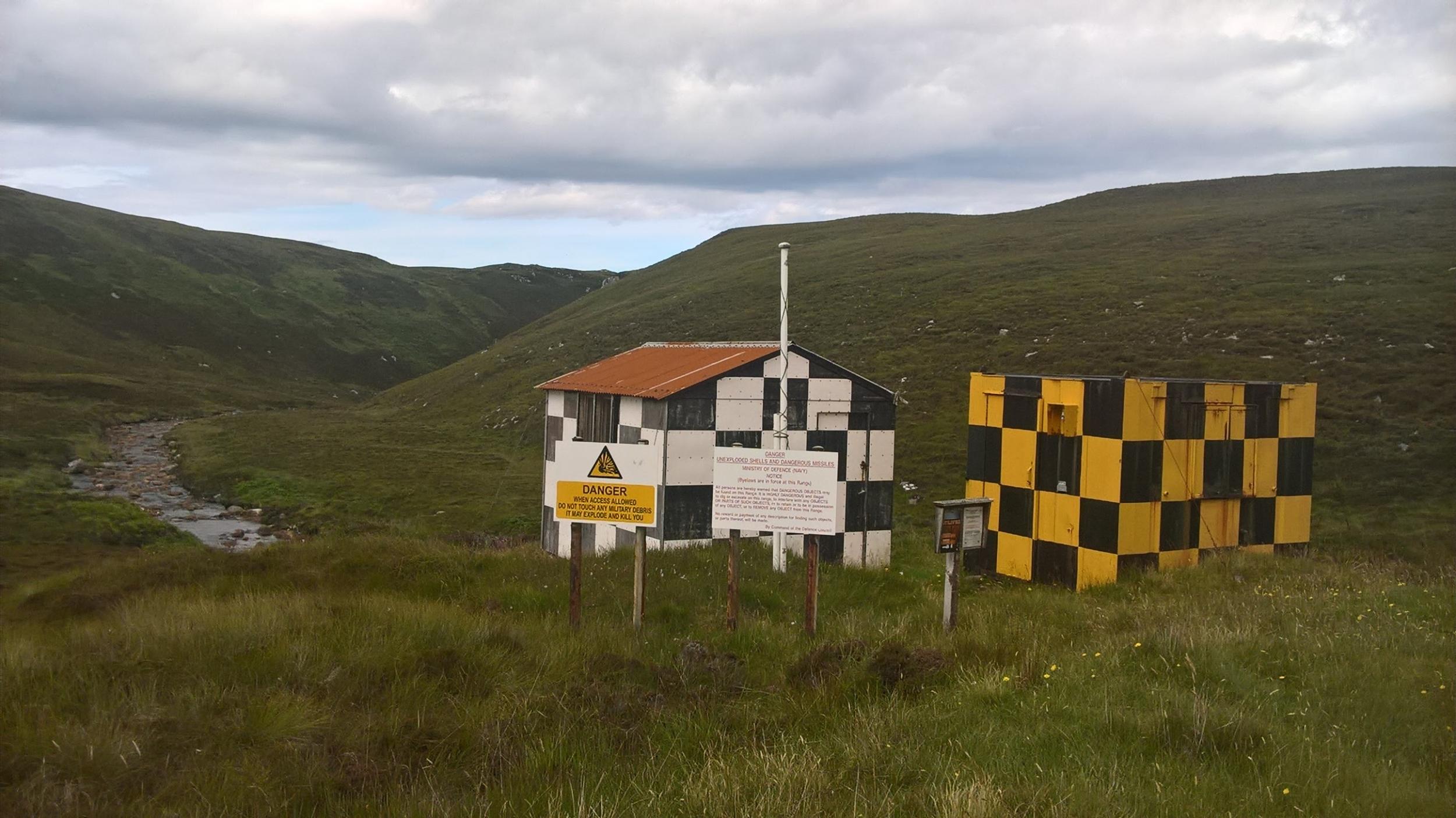 Off to the north the moors sink down to the sea and another delectable beach at Kearvaig Bay. There’s an extraordinary sea stack here, and through binoculars I pick out a huge rock shoehorned perilously between two vertical columns.

The road makes for easy walking and I reach the jetty with time to spare. A dozen seals are laid out on the sands; it’s low tide and the Kyle of Durness performs a passable imitation of a tropical lagoon. Few places can manage to simultaneously look so grim, indomitable and idyllic.

For details of ferries and bus to Cape Wrath visit visitcapewrath.com.

The writer travelled to Scotland by Caledonian Sleeper. Car hire from Arnold Clark in Inverness from £26 per day.

The writer stayed at Natural Retreats at John O’Groats; lodges sleep five people from £125 per night.

Ted Travels: Wander around Bogota for an extra day ·