Home » Destinations » Green streets: which city has the most trees?

And now the city has another accolade to its name – it’s a world leader for trees. According to calculations by the Senseable City Lab at the Massachusetts Institute of Technology (MIT), more than one third (36.1%) of the city is given over to tree cover.

Tampa won’t be entering the Guinness Book of Records quite yet however. The Treepedia study is not designed to be comprehensive – it only features 27 cities that MIT researchers selected out of curiosity to see how very different places compare (it has since made its code freely available online so others can calculate their own city’s tree coverage).

However, it reflects a growing awareness of the value of urban trees. City-dwellers have always appreciated tree cover, a fact recognised in the premium prices for properties on tree-lined streets and those adjacent to leafy parks. As the world becomes both hotter and increasingly urbanised, the importance of trees for both climate regulation and personal wellbeing is increasingly well-recognised. 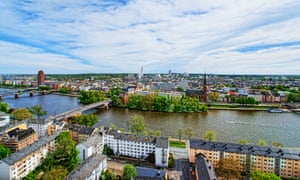 “We are seeing a surge in attention around urban trees around the world … not just because they are beautiful, but because cities realise that trees are an important part of resiliency, health, wellness, happiness, economic benefit – the list goes on,” says Dan Lambe, president at the charity Arbor Day, whose Tree City USA initiative has more than 3,400 registered communities.Last year, the scheme went global.

One of the main motivations behind the MIT ranking was to ascertain how trees help mitigate the so-called heat island effect in cities.

Ranking cities by tree coverage remains an imprecise science, however. The Treepedia study looks at the amount of green pereceived while walking along roads and the green spaces people interact with on a daily basis, rather than measuring the total number of trees. It draws on visual data from Google’s Street View service, which registers trees visible from the tech giant’s roving, camera-laden vehicles.

Meanwhile, a new, as yet unpublished, study takes a completely different approach to measuring tree canopy and arrives at very different conclusions.

Researchers at the US Forest Service chose 25 of the most populated urban areas (only one city per country) to analyse how their tree coverage compared. It put New York in first place (with 39.2% of tree cover), followed by Moscow (29.1%), São Paulo (27.4%), and Paris (26.4%). Perhaps New York’s success is down to resident involvement:in 2015 it successfully completed a citizen-led drive to plant one million trees.

Again, the data isn’t watertight. The Forest Service uses satellite data, which provides an aerial view and captures trees in parks and private houses as well as along streets, but without as much accuracy as Street View images. Satellite imagery is also hamstrung by a lack of up-to-date data – the Forest Service’s rankings rely on datasets from 2010-2014, for example. (The US government has just made new data available, but only from 2016). 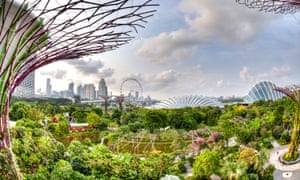 However, Simone Borelli, an urban forestry expert at the United Nations’ Food and Agriculture Organisation (FAO), cautions against focusing too much on absolute figures. Access to trees, not their quantity, is what really matters, he argues. Can city-dwellers sense, see or, ideally, touch the trees in their city?

Germany excels in this respect, with three in four urban residents living within 300 metres of a leafy green space – and in Frankfurt, the average drops to a remarkable 99 metres.

There’s a keen public interest in trees, according to a spokesperson for the environment division of the City of Frankfurt. People can adopt them and take care of watering them in hot periods. “Due to climate change [Frankfurt was the hottest city in Germany in 2018] with very warm and arid summers, we have serious problems with domestic species like oak, maple and lime, so we try to plant species from the Mediterranean or Balkan areas,” said the spokesperson.

Frankfurt was even named European City of Trees in 2014 in recognition of the care it takes of its trees. It has around 200,000 of them in public spaces, as well as Frankfurt City Forest, which covers around 5,800 hectares in the south of the city and is protected from being used for infrastructure projects or buildings. It is part of the city’s so-called Grüngürtel (“green belt”), situated in the middle of the metropolitan area, consists of woodland, agricultural areas, gardens, parks, sports areas, orchards and nature reserves. 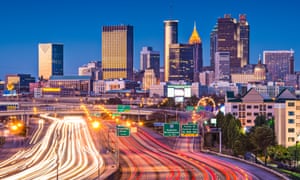 But what makes tree coverage in the these forested cities higher than in others?

Clearly, climatic conditions exert a huge influence. All but two of the Forest Services’ top-10 forested cities, for example, are in locations propitious for tree growth. The exceptions are Kinshasa in the Democratic Republic of Congo and Buenos Aires in Argentina, both of which occupy grassland-like geographies.

But putting tree planting and management high on a city’s policy agenda is equally important, argues Dr Leong Chee Chiew, commissioner of parks and recreation, National Parks Board (NParks), in Singapore. “Singapore is today well regarded internationally for our clean and green living environment. This is the result of over five decades of conscientious planning and commitment at greening our city-state, starting from the very early years of our nation-building.”

Provision for greenery is built into the city’s development plans so the number of trees and green spaces increase in tandem with urbanisation, he adds. For example, when a road is being planned there’s a requirement for verges to be set aside for tree planting.

There are about 7 million trees in Singapore, approximately 3 million of which are along streets, in parks, residential and industrial estates. And NParks has stepped up efforts in recent years by planting more than 50,000 trees a year along roadsides, and in parks and gardens.

“This sustained effort in greening has made Singapore a biophilic City in a Garden, with an environment that improves the overall physiological and psychological well-being of all Singaporeans,” says Chee Chiew. 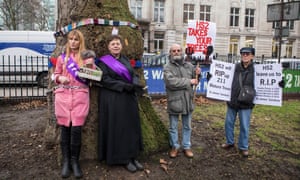 Even in densely populated or climatically unfavourable locations, prioritising trees can go a long way. The FAO’s Borelli points to the example of Milan, where the city’s main polytechnic is spearheading a drive to plant 3 million trees between now and 2030 – one for each resident of the city’s metropolitan area.

Such en masse planting trees comes at a high price. China is ploughing millions of dollars into its Beautiful China reforestation policy.

However, urban trees can be sacrificed to other pressures facing city authorities.

The US city of Atlanta (still referred to as a “city in a forest”) was stripped of around 560,000 acres of trees between 1973 and 1999 to make way for houses, roads and retail parks, leading to localised spikes in temperature and smog.

Another case in point, environmentalists argue, is the proposed £88bn fast-rail HS2 project in Britain. In September, green campaign groups called on the pending clearance of ancient woodlands to be paused until the results of an independent review are published.

Asia Tourism is on the Rise

Photo tour: From the beaches to the hills, see the best of Los Angeles in one day

Cheap Airfare Pricing Could Make a Major Comeback After COVID-19

Go NZ: Travel Editor’s picks for New Zealand getaways
We and our partners use cookies on this site to improve our service, perform analytics, personalize advertising, measure advertising performance, and remember website preferences.Ok