A storm is coming over the green hills that surround Ljubljana and it is making the bees anxious. Normally, urban beekeeper Gorazd Trušnovec would call it a day when the weather starts to turn. Instead, he is up a ladder, 12 metres (40 feet) above a city road, facing a squirming mass of bees in a tree top. He will have to shake them, together with the runaway queen bee, into a bucket.

Trušnovec is part of the Slovenian capital’s rapid bee response unit. He and six others are on call, ready to be dispatched through the emergency number 112 if a swarm escapes from an apiary. This can happen in big, thriving colonies when a queen bee, along with a team of workers, decides to strike out on her own.

“Two years ago, the situation was critical. Up to five swarms a day were physically impossible for us to collect, so the city organised a response team,” Trušnovec says. 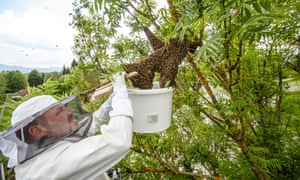 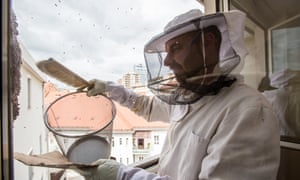 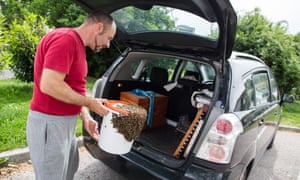 Bees are big in Slovenia – one in 200 people is a beekeeper. The country’s beekeepers’ association, backed by the government, initiated World Bee Day, an annual event first celebrated this year on 20 May, the birthday of Slovenian pioneer apiarist Anton Janša.

While bee populations are declining worldwide, Slovenia has had no major losses due to pesticides in recent years – a major cause of bee loss. In 2011, it was the first European country to prohibit the use of certain neonicotinoids proven harmful to bees. There are also no reported cases of colony collapse disorder, when an entire colony of worker bees disappears leaving the queen behind. 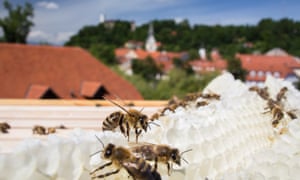 “We had major losses in the past, but that was over winter and mostly due to varroa parasite. Our winter losses are 15% to 20%,” says Peter Kozmus of the Slovenian Beekeepers’ Association.

There are about 330 beekeepers in Ljubljana, and approximately 4,500 beehives, according to Maruška Markovčič of the city’s department for environmental protection.

“We’ve calculated that since an average beehive contains 40,000 bees, there are approximately 180 million bees living here,” she says. It is estimated bees live in around 100 locations in the urban centre – from the rooftop of the 14-storey Hotel Park, to the balcony of the Slovenian government building. 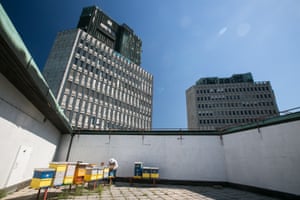 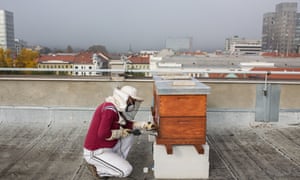 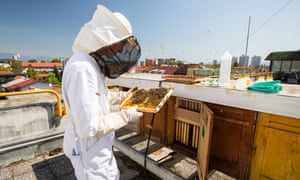 Bees thrive in Ljubljana for several reasons. Food is abundant in the city’s numerous parks and flower meadows. There are 65,000 registered trees, and authorities now only plant nectar-bearing trees. Ljubljana is also surrounded by forested hills less than three kilometres (1.8 miles) away in any direction, which is within the bees’ top effectiveness range for collecting nectar and pollen.

Bees are indicative of a clean environment – a good affirmation of Ljubljana as one of the cleanest cities in the world. 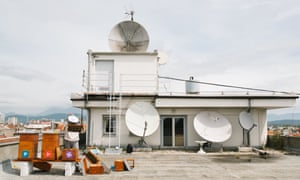 Ljubljana actively helps the Carniolan honey bee – the indigenous Slovenian subspecies – thrive through its Bee Path project, which encourages citizens to plant nectar-bearing flowers, hands out seeds, organises tours of bee-related locations, and supports the faculty of architecture to design new forms of city beehive. Grass is cut later to prolong the blooming of flowers. The use of glyphosate herbicide for fighting weeds is prohibited in public areas. An educational bee house was erected in the botanical gardens to research the lives of urban bees. School beekeeping clubs are booming. There is even a bee-based kindergarten. 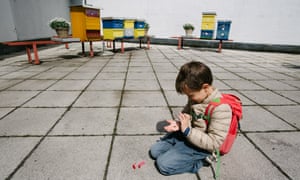 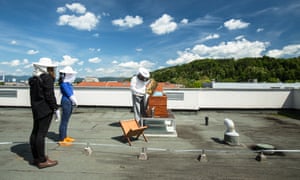 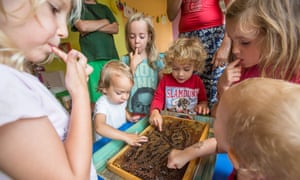 When Ljubljana was the European Green Capital in 2016, the city officials handed out local honey as gifts, and it will now become standard practice. According to Markovčič, such support and encouragement from city authorities is rare in cities worldwide, although urban beekeeping is on the rise. Vienna, for example, now actively encourages it.

Meanwhile Trušnovec, who also runs the 40-member urban beekeeper club, has successfully corralled most of the rogue bees into the bucket; the remaining stragglers, sensing the trapped queen inside, begin to settle on the outside of it. He descends to street level, puts the bee-covered bucket in the back of his car and drives off, with 15,000 loose bees in the back seat.

All photographs by Luka Dakskobler

How Jamaica is Managing Tourism Success