A unique underwater sculpture garden in the Maldives is being destroyed by police at the request of the country’s outgoing president.

According to a report in News.com.au, police with pickaxes smashed the British art installation at the Fairmont Maldives Sirru Fen Fushi resort.

The underwater art, made up of sealife-clad human forms that attract divers and snorkelers, inspired complaints from religious leaders in the country, where Islam is the official religion.

Maldives’ outgoing president Abdulla Yameen instructed that the sculptures be removed and destroyed because they are viewed as “idols,” which are banned by the religion.

In issuing the order, Yameen also asserted that there was “significant public sentiment” in opposition to the artwork. As News.com.au explained, hardline Islam rejects any man-made depiction of the human form. Maldives police posted pictures on social media showing their work destroying the statues.

The sculptures, known as The Coralarium, were located a tidal reef within swimming distance of the Fairmont Maldives Sirru Fen Fushi resort.

They had been created by British artist Jason DeCaires Taylor, who was crestfallen when hearing of their destruction. DeCaires Taylor said the statues had no religious meaning but simply sought to capture the human form and behavior.

“I was extremely shocked and heartbroken to learn that my sculptures have been destroyed by the Maldivian authorities at the Coralarium, despite continued consultations and dialogue,” he told The Guardian. “The Coralarium was conceived to connect humans to the environment and a nurturing space for marine life to thrive.”

The installation was created with the goal of being both a tourist attraction and refuge for sea life. It was lit up at night by an illumination system.

Barcelona’s car-free ‘superblocks’ could save hundreds of lives 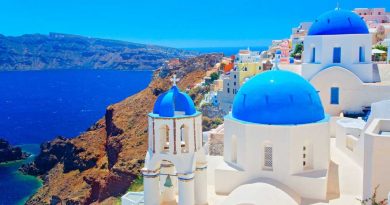 Countries eager to reopen to travel as pandemic recedes

The homeless death of Kane Walker: how we let down the kid from care