The sky faded toward cobalt over the rolling horizon and its bare hardwood forest, the faux street lamps in the foreground lighting the outdoor walkway and swimming pool. One man lingered in the adjoining Jacuzzi despite the 30-degree chill that blew mist off the heated water.

The moon gradually cast a narrow, shimmering line across the lake. I sat at a high bar table watching through picture windows as winter dusk fell in the Appalachian Mountains.

The state of West Virginia owns this resort, called Stonewall, along with other upscale resorts with golf courses, indoor pools, Adirondack-style lodges and miles of scenic hiking trails for laid-back getaways in the off-season. Thanks to off-season bargains, a stay can be had for as little as $50 (Dh183) a night.

The wood fire in the large stone hearth threw heat into Stonewall’s high-ceilinged lodge. Guests drifted in and out, warmed at the fire, or lounged on the sofas. Soft jazz played in the background. A couple nestled in the dark-panelled library next door reading in club chairs under lamps.

The downstairs restaurant and tavern were busy. The bartender said she had only two kinds of moonshine at the moment — peach and coffee-flavoured — and poured the peach into a small cordial glass. Several small distillers produce versions of the liquor in West Virginia, where it traditionally came from corn mash in Prohibition-era stills.

The winter cold had driven me and my companion in from the outdoor fire pit, where more wood was burning. Fixings for s’mores were offered: chocolate bars, marshmallows and graham crackers. The s’mores were gratis, as was the upgrade we got to a lakeside room, though we’d booked an ordinary room at a $40 discount, for $129. The resort was half-full on the weekend with about 200 people. Staff couldn’t have been friendlier. Desk clerks checked us in four hours early. Taxes and a resort fee added $30 to the bill.

Heading to our room later, we saw families still playing in the indoor half of the pool and its adjoining Jacuzzi, kept at 88 and 103 degrees, respectively, same as the water outdoors where we swam earlier.

In the sunny afternoon, we walked out on the boardwalk that crosses part of the lake, heading toward the marina and the campground already booked solid for the summer. We decided against a longer walk on trails through the woods. Instead, we drove 15 minutes to see the sprawling, gothic Trans-Allegheny Lunatic Asylum in Weston. Built in the 1800s as a sanctuary for the mentally ill, it housed 2,500 patients in the 1950s and closed in 1994. It’s now a national landmark. We didn’t take the tour.

Stonewall’s golf course with Arnold Palmer’s name on it was empty except for a few swans, the golf shop and its restaurant closed until spring. The lodge’s health spa was open, taking appointments for facials and massages, discounted to $50 on Thursdays in March. The resort is a about two-hour drive south from Pittsburgh.

That was also the cost of a winter room at West Virginia’s Twin Falls Resort State Park, where we stayed in February, after the desk clerk knocked $25 off our reserved low winter rate and upgraded our room. It’s located up a winding road in southern West Virginia’s coal country, on a mountaintop surrounded by its own golf course and hiking trails through forests that are a nature preserve. There were few other guests midweek in February. We saw three at breakfast. The lodge has 47 rooms and an indoor pool.

West Virginia has eight other resorts in the state system, all with lodges, most with cabins or cottages and campsites to rent as well.

According to state officials, the parks had about 7 million visitors last year and nearly 700,000 overnight guests. Discounts include golf passes for any of the four resort courses, a $50 rate for any standard room at any lodge in January and package offers updated monthly.

A West Virginia friend recommended Pipestem Resort State Park, in the state’s southeastern corner, which has two lodges, one open year-round with balconies and views of the Bluestone Canyon gorge, and a second lodge open from May to October and reachable only by an aerial tram. Room rates start at $75.
Source: Read Full Article 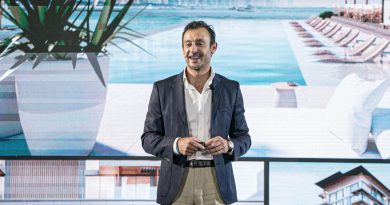