“The English have a great hunger for desolate places.” So says Alec Guinness’s Prince Feisal in Lawrence of Arabia. That resonant line sets the scene for Peter O’Toole, as square-jawed British officer Lawrence, first to lose then rediscover himself amid the sweeping grandeur of the Jordanian desert. Later this month, you can relive the exchange in big-screen splendour: to celebrate the 50th anniversary of David Lean’s classic, a freshly remastered director’s cut goes on national release on 23 November – backed by exhortations from the Jordan Tourism Board to visit the country where it all happened.

Lawrence is still remembered in Jordan, particularly in the Wadi Rum desert where he based his operations during the Arab Revolt of 1917 and where much of the film action was shot. A jagged mountain there is popularly known as the Seven Pillars of Wisdom, after Lawrence’s published account of his desert battles. Four-wheel-drive tours stop off at the ruins of Lawrence’s house and a carving of Lawrence’s face in a canyon wall – both fake, but compelling for the echoing surrounds of the desert.

But Jordan is not the country it was 50 years ago, nor even five. Change is afoot. This isn’t a story of revolution – the Foreign Office has no travel restrictions in place (although it warns against “a general threat from terrorism”). Rather, it’s about a change of mindset. Tourism is coming down off its grand, historical perch. New ideas are emerging. Whereas previously you might have spent a few days ruin-hopping, seeing Petra and then ticking Jordan off your list, now you could fill a fortnight exploring woodland reserves or Ottoman townhouses, staying in family-run guesthouses, canyoning or cycle-touring, absorbing art or learning how to stuff vine leaves.

The capital, Amman, is humming with cafés, galleries and commerce. A new wave of B&Bs includes By the Lemon Tree (00 962 7779 55559; bythelemontree.com), run by an old Jordanian family, offering boutique-style comfort for 58 dinars (JD58/£50) a night including breakfast – previously unthinkable in a city where five-star hotels dominate.

Out in the countryside, ideas of sustainability are gaining traction. In the roadless desert, the Feynan Ecolodge (00 962 6464 5580; feynan.com) evokes luxury chic without Dubai-style bling. Walk, loaf or stargaze on the roof with a clear conscience: guides are drawn from bedouin communities, food is sourced locally and the lodge runs on solar power. Double rooms start at JD75 (£64), including breakfast.

Notions of community engagement are bringing innovation to a tourism sector long mesmerised by ancient history. For about JD35 (£30), the non-profit Zikra Initiative ( zikrainitiative.org) can accompany you for a day with a group of Jordanian villagers, learning traditional crafts, sharing stories and eating together. Jordanian operator Sarha (00 962 6582 9333; sarha.jo) is pioneering responsible tourism on the Al-Ayoun Trail, a one-day hike between untouristed hill villages, where you walk, eat and sleep among the local community.

If you prefer your boots unmuddied, for about JD12 (£10), urban campaigners Hamzet Wasel (00 962 7966 37377; hamzetwasel.com) can turn the usual tourist/local dynamic on its head by having a group of Ammani children teach you how to build a traditional kite – then take you to one of the capital’s highest hills to test your contraption.

Jordan may dwell on its image of desert  desolation but, in truth, if you’re dreaming of vast dunes, gloomy bazaars and fading romance, go elsewhere. If, instead, you’d like a handle on how a young, cheerful Arab country is starting to tell some new stories about itself, Jordan merits a second look.

Matthew Teller wrote ‘The Rough Guide to Jordan’ – new edition out in January. In June,  he will lead a Jordan trip for On the Go Tours  (020-7371 1113; onthegotours.com); the land- only price of £1,249pp includes eight nights’  accommodation, transport and expert guiding.

The best of Jordan’s historical sites lie within easy reach of the capital. Intrepid Travel (0800 781 1660; intrepidtravel.com) has a new eight-day itinerary covering the highlights – Petra, the Roman city of Jerash, Byzantine mosaics at Madaba, Crusader castles and more  – on a circuit to and from Amman, with time for a float in  the Dead Sea, pictured. The price  of £1,045 per person excludes flights.

For a touch more comfort, Bales Worldwide (0844 488 1340; balesworldwide.com) offers a 10-day journey on a similar itinerary, staying in luxury hotels, from £1,995 including flights from Heathrow.

The “Crusaders, Traders and Raiders” trip stands out among a welter of options from Cox and Kings (0845 527 8294; coxandkings.co.uk). Led by First World War historian Neil Faulkner, the eight-day tour makes a point of visiting hard-to-reach desert sites associated with Lawrence. Departures are in April and October 2013; the price of £1,995 per person includes Heathrow flights.

A Lawrence unto yourself

“My name is for my friends.” Quivering with barely suppressed rage at Omar Sharif’s memorably haughty Sherif Ali, Peter O’Toole, as Lawrence, manages to deliver one of cinema’s greatest lines despite the heat and dust of the Jordanian desert. Practise your own stiff upper lip in the very same place – Wadi Rum, pictured, a spectacular expanse of red dunes and sandstone cliffs 300km south of Amman. Clear a day to tour the desert and sleep out under the stars. Book direct with a bedouin guide for a 4×4 ride, dinner and overnight camping – Mzied Atieg (00 962 7773 04501; mzied.com) is a charming host – or check the new friendsofwadi rum.com website for details of full-moon retreats and camel races in the adjacent village of Disi. Wild Frontiers (020-7736 3968; wildfrontiers.co.uk) has a 10-day trip next April which includes five days on horseback in Wadi Rum, for £1,495pp, excluding flights.

Amman for all seasons

With curious camels, golden beaches and endless doting from the locals, Jordan is great for families. Mosaic Holidays (020-3 051 2207; mosaicholidays.co.uk) has an eight-night Family Adventure, staying at the Dead Sea, Petra and Aqaba, with trips to the Roman ruins at Jerash for shows of chariot-racing and gladiatorial combat in the ancient hippodrome, snorkelling and other adventures. From £1,619 per person including flights from London, transfers and accommodation.

This year marks the 200th anniversary of the rediscovery of Petra, a trading capital built into pinkish sandstone cliffs 2,000 years ago. The “rose-red city”, as poet John William Burgon dubbed it, still has the power to amaze – as does the entry price: JD50 (£42) for one day, rising to JD60 (£52) for three days. Start early with a walk through the Siq canyon into the city. Your jaw will drop at the Treasury, above – actually a royal tomb – theatre, temples, church mosaics and stupendous views from mountain paths.

Local operator Engaging Cultures ( engagingcultures.com) offers the chance to approach Petra by camel. After visits to a community project and a night at the Feynan Ecolodge, you stay at a bedouin camp before riding into the site on a little-used back route. Three days from £220pp land-only, including accommodation, entry fees and transfers.

The easiest way into Jordan’s magnificent backcountry is via the network of nature reserves, run by Wild Jordan  (see rscn.org.jo).  G Adventures (0844 272 2060; gadventures.com) offers a nine-day tour that ticks off three of them. It starts at the Ajloun Forest, perched at 1,200m, where roe deer dart among oak, pistachio and carob trees. A full day is devoted to Dead Sea canyon trekking, featuring scrambling, wading and abseiling, before a superb day hike amid the rocky domes of the Dana Biosphere Reserve. The ground-only tour price of £799pp includes accommodation, all excursions and most meals.

If you’re seeking soft adventure on the fly, Jordanian specialist agent Terhaal (00 962 6581 3061; terhaal.com) offers full-day bike rides in the hills above Madaba, including lunch with a local family, from JD48 (£41) per person. 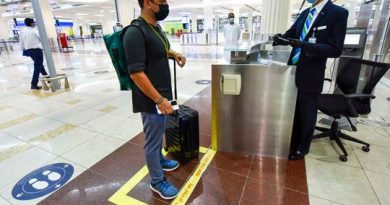 UAE airport safety: Banned and permitted things to carry in your luggage