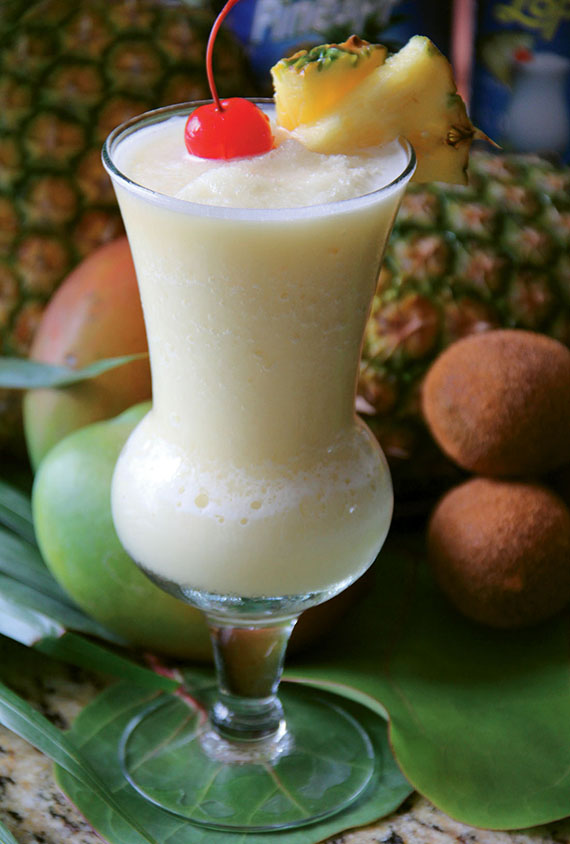 The Caribe Hilton lays claim to being the birthplace of the pina colada.

Ramon “Monchito” Marrero is said to have created the tropical cocktail in 1954 during his time as a bartender at the resort.

After three months of experimentation, Marrero settled on his recipe, which he felt captured the true flavors of Puerto Rico.

Marrero continued to serve the drink at the Caribe Hilton for 35 years and was rewarded for his efforts in 1978 when Puerto Rico named the pina colada its national drink. In 2004, then-Puerto Rico Gov. Sila Maria Calderon proclaimed support for the Caribe Hilton’s celebration of the cocktail’s 50th anniversary.

Marrero’s original recipe called for 2 ounces of rum, 1 ounce of coconut cream, 1 ounce of heavy cream, 6 ounces of fresh pineapple juice and half a cup of crushed ice.

Mix rum, cream of coconut, heavy cream and pineapple juice in a blender. Add ice and mix for 15 seconds. Serve in a 12-ounce glass and garnish with fresh pineapple and a cherry. Cheers!